Only 150 miles north of New York City, Albany feels worlds away from the commotion of the Big Apple. Tucked into the west bank of the Hudson River, with one of the prettiest capitol buildings in the country, several notable colleges, and plenty to see, do, and eat, here’s how to spend a perfect day in beautiful Albany, New York.

While many state capitol buildings are stately structures incorporating thick columns topped with an impressive dome, the New York State Capitol in downtown Albany looks more like a European castle. The white granite building on State Street is an eclectic mix of Italian Renaissance and baroque styles because five different architects worked on the building’s design over the span of more than three decades. When finally completed in 1899, it was the most expensive government building in the U.S.

You can take a free tour Monday through Saturday to learn more about the hand-carved statues that adorn the interior and the spirits that allegedly haunt the halls where four future presidents once governed the Empire State. Or, if you’re more of a DIYer, this self-guided tour of the New York State Capitol is for you.

Fun Fact: When Theodore Roosevelt served as governor of New York, his fitness regime included running up and down the 77 steps of the east entrance.

On the State Street side of the capitol building, a courtyard of stones that resemble the stripes of a starless flag waving in the wind leads to the Empire State Plaza. Initiated in the mid-1960s (after controversially displacing thousands of low-income residents), the square connects the capitol building to the New York State Museum, providing the downtown area with green space, memorials, and public works of art.

One of the most unique buildings on the plaza is a performing arts venue known as The Egg. While it’s certainly easy to see how the ovoid structure got its name, I think it looks more like the dish of a radio telescope cast in concrete than something a giant might try to crack open for breakfast.

3. Take In The View From The Corning Tower Observation Deck

Zip up to the observation deck on the 42nd floor of the Corning Tower for a panoramic view of the capital city, the Hudson River, and the foothills of the Catskill and Adirondack Mountains. While you can expect to pay at least $40 to ascend the Empire State Building in New York City, this stop on the Empire State Plaza in downtown Albany is free. Between the views and the price, it’s easy to see why this is one of the top things to do in the city of Albany!

4. Learn About State History At The New York State Museum

With exhibits showcasing New York’s history dating back to prehistoric times, the New York State Museum is an impressive place, with more than 100,000 square feet of displays covering a wide range of natural and human history in the Empire State. Learn about the Mohawk people who called this area home when Henry Hudson arrived in 1609, and relive the heartbreak and horror of September 11, 2001, in the World Trade Center gallery.

There is no admission fee to visit the New York State Museum in Albany.

Pro Tip: There is no admission fee to visit the New York State Museum in downtown Albany.

Before Lin-Manuel Miranda penned Hamilton, visiting socialite Eliza Schuyler’s childhood home might not have been that high on the average American’s Albany itinerary. But the musical’s wild success immortalized the two-story, red brick Georgian mansion as the location of Alexander Hamilton and Eliza’s wedding in 1780.

Built on a bluff overlooking the Hudson River, the home was originally an 80-acre farm with an orchard. Today the Schuyler Mansion State Historic Site covers less than a city block, but its history remains expansive. Take a guided tour to get behind-the-scenes insight into the Schuyler sisters — Eliza, Angelica, and Peggy — that will make your next streaming of Hamilton that much richer.

Pro Tip: Here are eight other historic American houses you can visit.

6. Visit The Albany Institute Of History And Art

Dating to 1791, the Albany Institute of History and Art is one of the oldest museums in the U.S. With limner portraits of early Dutch settlers, artifacts highlighting Albany’s role as a transportation hub in the early 19th century, and the works of a variety of present-day regional artists, the museum showcases life in the Upper Hudson Valley over the past two centuries.

Perhaps not surprising given its location, just a mile west of the Hudson River and a short drive from the scenes captured on canvas, the Albany Institute of History and Art features a large collection of paintings by the Hudson River School artists. The Hudson River School wasn’t an actual educational facility, but rather an art movement led by Thomas Cole, who was drawn to the beauty of the Catskills.

Pro Tip: Enjoy a stop on the Hudson River School Art Trail by crossing the Hudson for a view of Albany from the east side of the river. And if your travels take you beyond the capital city, the trail boasts 17 other stops to explore throughout New York.

7. ‘Ride’ On The Underground Railroad

Then, tour the Stephen and Harriet Myers Residence. One of the newest National Park Service sites focused on African American Civil Rights, this tall narrow, red brick building was once the home of two of the most prominent Black abolitionists in the Capital Region who helped hundreds of freedom seekers cross the border.

New Yorkers in the Big Apple enjoy Central Park, and in Albany the locals love Washington Park. And if this green space reminds you a bit of the larger park in the Big Apple, that’s not a coincidence. When it was established in the 1870s, Washington Park landscape architect Frederick Olmsted leveraged many of the concepts he incorporated into Central Park more than a decade earlier.

This 90-acre park in the heart of the city surrounds a finger-shaped lake and provides a tranquil break from the city year-round. In the spring, thousands of tulips add ribbons of color as the gray of winter continues to melt away. As the seasons progress, stroll along the shady, tree-lined paths and over the footbridges, watch for birds and butterflies, and admire the brilliant fall colors before winter arrives again.

From late November through early January, don’t miss Capital Holiday Lights. This fundraiser for local charities is a drive-through experience featuring more than 100 light displays followed by special events and activities at the Lake House.

Fun Fact: Washington Park was originally a cemetery. When it was designed, the remains of approximately 40,000 people were relocated to the Albany Rural Cemetery.

Nestled between the Catskill and Adirondack Mountains on the northwestern edge of town, the Albany Pine Bush Preserve protects thousands of acres of important habitat and the flora and fauna that call it home. It’s open year-round, allowing visitors to enjoy outdoor activities and explore its beauty in all seasons, but it’s especially beautiful in autumn when brilliant fall colors are at their peak.

One of the most popular hiking trails at the Albany Pine Bush Preserve is the Karner Barrens Trail. This 2.6-mile loop is relatively flat and often gives hikers a glimpse of the wildlife. For a longer and more challenging trek, check out the Great Dune Trail. This 5.4-mile loop winds past native prairies and sand dunes that you might not associate with Upstate New York.

This interactive Albany Pine Bush Preserve Trail Map is a great resource for planning your day at the preserve.

From riverfront rides to bike trails in the heart of downtown Albany, it’s easy to explore New York’s capital city on two wheels. For water views, hit the Mohawk-Hudson Bike-Hike Trail. This paved shared-use path is part of the state-wide Canalway Trail that runs along the Erie Canal from Buffalo to Albany. There are additional trails in several parks in and around Albany including Albany Pine Bush Preserve (mentioned above) and John Boyd Thacher State Park about 30 minutes west of downtown Albany.

In addition to the public art at the Empire State Plaza and statues and sculptures throughout Albany, Capital Walls is a public art project dedicated to adding bright colors and uplifting messages to otherwise plain and boring walls. The majority of destinations are located in downtown Albany, but you can see all of the points of interest on this Google map.

One of my favorite places for breakfast in Albany is the Iron Gate Cafe. Located in the historic James Holroyd Mansion, it’s the perfect place to fuel up with an omelet, Benedict, or French toast for a big day of exploring New York’s Capital City.

Fun Fact: The fine woodwork and detailed fireplaces at the Iron Gate Cafe were carved by the same European craftsmen who completed the New York State Capitol.

For some of the best Greek food on this side of the Atlantic, dine at Athos. I recommend starting with the saganaki appetizer, a square of pan-fried kefalograviera cheese soaked with ouzo or cognac and flambéed tableside. And when selecting your classic Greek entree, be sure to save room for dessert, because both the baklava and loukoumades are amazing!

Pint Sized makes up in quality what it lacks in area. This small bar and bottle shop is dedicated to bringing really good beer to the heart of downtown Albany. Grab a mug, bottle, or can and chill for a while!

Pair one of 40 draft beers or a cocktail with a delicious meal at Madison Pour House. Just a short distance from the University at Albany and the College of Saint Rose, this eatery has a cool vibe that attracts more than the expected college crowd. Try the Irish toastie or the signature macaroni and cheese served in a cast-iron skillet.

If you’re craving fried chicken, bypass the chain joints and head to Chicken Joe’s. Whether you enjoy it folded into a wrap, tossed in a salad, or as part of a platter, the chicken is always juicy and perfectly prepared at this local gem.

Fun Fact: The legend of the baker’s dozen — which has long meant 13 donuts or rolls instead of the customary 12 — is associated with a Dutch baker in Albany.

Pro Tip: Here are more of my favorite restaurants to experience in Albany, New York. 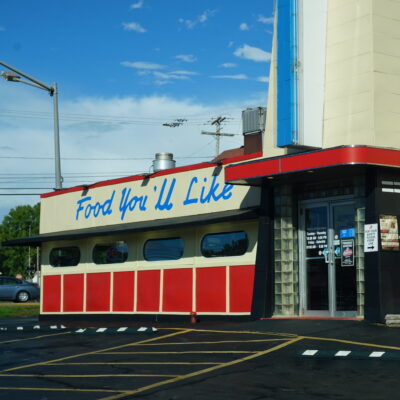 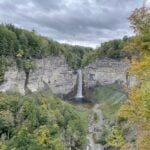 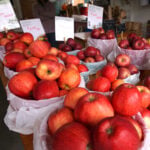