The Best Things To Do In Historic Bismarck

Located almost exactly in the middle of North Dakota, Bismarck is the state’s capital and historic center. With its long and interesting history dating to the days of the dinosaurs, unique art, and delightful culinary scene, you could easily spend days exploring the area. Be sure to top your experience off with dinner and drinks at a rooftop lounge!

Things To Do In Bismarck

Take A Tour Of The North Dakota State Capitol

Did you know that the North Dakota State Capitol is one of only four state capitol buildings in a skyscraper design? The state capitol — at almost 250 feet — is the tallest building in North Dakota. An observation deck on the 18th floor offers a view of Bismarck and the surrounding area. Near the entrance is a green space with “North Dakota” spelled out in flowers.

A great way to find out about a state’s history and culture is to participate in a guided tour of its capitol building. On a tour of the North Dakota State Capitol, you’ll visit both the House of Representatives, which has 94 members, and the Senate, which has 47 members. The state Supreme Court also meets at the capitol building.

Near the entrance of the capitol is the state’s Roughrider Gallery. It’s a Hall of Fame of sorts that recognizes famous North Dakotans, such as bandleader Lawrence Welk, Air Force General David C. Jones, pro basketball great and coach Phil Jackson, and actress Angie Dickinson.

At more than 80 million years old, North Dakota certainly has a story to tell. The North Dakota Heritage Center & State Museum does a great job telling that story, beginning with the time when dinosaurs like the triceratops roamed the land. Then came the Ice Age, characterized by animals such as giant sloths and bison with 7-foot-long horns.

As time passed and mankind took over, North Dakota’s earliest inhabitants were the indigenous people, including the Dakota, Assiniboine, and Mandan. Later, pioneers began to settle in the area, including European immigrants from Norway and Russia.

The state museum also traces the development of agriculture in the region. Exhibits on the state’s 20th-century history highlight the state’s atomic bomb shelters and Air Force missile launch center. Visitors can also learn about the state’s music, malt shops, and more.

Outside the entrance, rocks resembling potatoes are scattered about. This is a tribute to one of the state’s major agricultural products.

Check Out The Alley Art

In an alley on Fifth Street between Broadway Avenue and Main Avenue, more than 20 murals by local artists showcase North Dakota’s history. Alley 5.5 started in 2016 as an outlet for area artists’ talents. You’ll find murals of historical figures such as Sitting Bull as well as unique pieces such as NoDak Star and a map of the state’s counties.

All the art can be easily spotted during a walk around the downtown area.

The Lewis & Clark Riverboat offers a fun 90-minute tour on the Missouri River. Wide and calm in Bismarck, the river seems more like a large lake. You’ll head a few miles downstream before returning to the dock, and you’ll enjoy the relaxing ride while learning about local wildlife and history. While cruises are offered throughout the day, a sunset cruise will add a little romance to your Bismarck visit.

Before or after your cruise, enjoy a walk along the river bank in Steamboat Park or Keelboat Park. As you stroll along the scenic path, you’ll find several public art pieces, such as the Thunderbird, with four heads and talons stretching out from rain clouds, and Reflections, with a mirrored ball beneath an eagle’s wings.

A visit to Fort Abraham Lincoln State Park offers an impressive look at the area’s history.

On-A-Slant Village once consisted of hundreds of earth lodges along the shore of the Missouri River. Today, there are replica villages showcasing the Mandan way of life during the 1500s, plus artifacts and other exhibits.

The state park is also home to Fort Lincoln, where you can visit a block house where soldiers once stood guard for railroad workers. The fort, originally named Fort McKeen, was the final home of Lieutenant Colonel George Armstrong Custer, who lived there until he led his troops on that famous fatal assignment to Little Bighorn. Today, you can tour the house with guides who dress and talk as people would have in the 1860s.

Step Back In Time At Fort Mandan

Located about 45 minutes north of Bismarck, Fort Mandan was the site of the Lewis and Clark expedition’s winter camp during the winter of 1804 to 1805. With temperatures as low as 40 degrees below zero plus several feet of snow and ice, camp life was challenging for the 50 soldiers and scouts.

Today, visitors can tour a replica of the fort, along with furnished rooms and supply units. Some of the quarters, which were shared by enlisted members, included animal hides for warmth. While there, stop at the visitor center to see the interactive exhibits and displays.

At downtown Bismarck’s Fireflour Pizzeria & Coffee Bar, you can enjoy two fan favorites in one place. Enjoy a handmade Neapolitan-style pizza baked in a wood-fired oven at 800 degrees at the pizzeria. With appetizers such as olives marinated in garlic rosemary olive oil or a side salad, your dining experience will start on delicious footing. For your main course, consider The Uptown, a local favorite — it’s a 12-inch white-sauce pizza topped with provolone, goat cheese, roasted red peppers, sliced tomatoes, zucchini, red onion, red pepper flakes, arugula, walnuts, and extra virgin olive oil. The Iowa, a red-sauce pizza with prosciutto atop arugula and mozzarella, is also an excellent choice. Consider a hand-crafted coffee for dessert.

You don’t need to be a Beatles fan to enjoy dinner at The Walrus Restaurant. Located near the state capitol building, the casual restaurant prides itself on using locally sourced ingredients in its menu, which features hearty burgers and sandwiches as well as steaks, fish, and pizza and pasta. Consider the South American ribeye, a 12-ounce choice steak basted with The Walrus’s own South American sauce.

With its retractable roof, the Luft Rooftop Bar is a year-round lounge in downtown Bismarck. Featuring craft beer and cider as well as fresh cocktails, Luft invites you to order a drink, relax in one of their comfy chairs (maybe next to a warm fire), and enjoy the evening as the sun sets on your day of adventure. With the night sky in view and Bismarck’s downtown illuminated, you’re in for a good time with friends.

Best Places To Stay In Bismarck

With several national chains located in Bismarck, finding a comfortable hotel won’t be an issue.

However, if you prefer a more local experience, consider reserving a room at one of the city’s many Airbnbs. You can easily find a charming guest room with a private bath located near the state capitol building, the airport, or any of the area’s other attractions.

For more to see and do in North Dakota, visit this page. 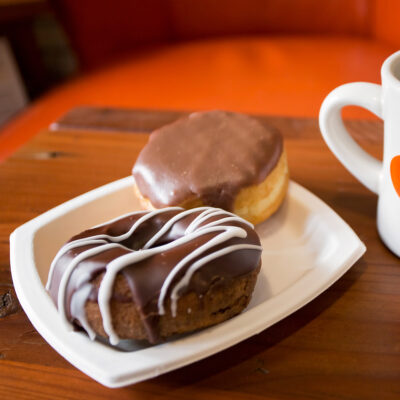 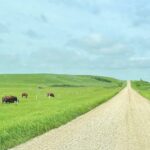 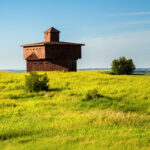