7 Great Things To Do In Topeka, Kansas

Located in the majestic Flint Hills region of Kansas, Topeka has played a major role in American history, from the movement to abolish slavery to the integration of public schools. Along with its historical attractions, the city also offers unique pop culture, from the Evel Knievel Museum to Truckhenge.

A weekend in Topeka is an excellent opportunity to enjoy history, culture, great food, and a little shopping. Here are seven things to do when you visit.

1. Learn About Kansas History At The State Capitol

Topeka has served as the state capital since Kansas became a state in 1861, and no first-time visitor should leave without taking the free guided tour of the Kansas State Capitol. The guided tour offers more information than you’d get on a self-guided stroll.

The rotunda features art on each floor, including a painting depicting abolitionist John Brown — Bible in one hand, and rifle in the other — standing between Union and Confederate soldiers. Statues honoring key historical figures in Kansas history are located throughout the building.

During your tour, you’ll visit both chambers of the legislature as well as the state supreme court. The top attraction, however, might be the governor’s ceremonial office, where key bills are signed into law. You can get your photo taken in the same chair the governor sits in when he or she signs the legislation.

Outside, the grounds feature sculptures of major historical figures, including President Abraham Lincoln.

2. Visit The Brown Vs. Board Of Education National Historic Site

Located inside Monroe Elementary School, which was built in the late 1800s to educate African-American children, the Brown vs. Board of Education National Historic Site provides a look back at the days of segregation in public education. With signs separating visitors by ethnicity, along with separate drinking fountains, the site illustrates the injustices of life before the groundbreaking 1954 Supreme Court decision that opened schools to everyone. It was the first major step toward integrating American schools, and Topeka was one of the five communities involved in the legal challenge.

The Brown vs. Board of Education site traces the timeline of events leading to the Supreme Court decision and highlights the key players, including the future Supreme Court justice Thurgood Marshall, who represented the plaintiffs and communities involved. In 1992, President George H. W. Bush signed the legislation that made the site a national landmark.

3. Crank Up The Thrills At The Evel Knievel Museum

It began with a truck and rock ’n’ roll legend Jerry Lee Lewis. A collector was having Evel Knievel’s semi, Big Red, restored in New Jersey, but thought the work was progressing too slowly. So he asked friends, including Lewis’s son-in-law, about places that would be better at restoration. He even asked the singer himself — known for the hit “Great Balls of Fire” — for recommendations. Lewis suggested Historic Harley-Davidson in Topeka, and the rest, as they say, is history. The cab and trailer were restored, and they remained in Topeka as part of the Evel Knievel Museum, which honors the daredevil.

Located in the lower level of the Harley-Davidson dealership, the Evel Knievel Museum houses the daredevil’s motorcycles and memorabilia — including one of the two skycycles used for the Snake River jump — and exhibits that tell his story. Be sure to catch the short documentary about the truck and trailer’s restoration. And no visit would be complete without hopping on a motorcycle and reenacting a jump over a dozen vehicles as part of a virtual reality ride.

The Harley-Davidson store also has a small museum highlighting the history of motorcycles.

Loosely resembling Stonehenge in the United Kingdom, Truckhenge Farm consists of six antique trucks in unique positions. As you walk through the park, you’ll appreciate the humor and creativity of the display. The brainchild of a local artist, Truckhenge also features other displays consisting of salvaged items and recycled art. Don’t miss the 30-acre fishing pond and shooting range.

5. Take A Step Back In Time At The Kansas Museum Of History

The Kansas Museum of History offers a fascinating glimpse into the state’s past, from prehistory to the present day. The state was once home to the Osage, Wichita, and Kansa tribes, and the museum’s Native American collection includes a replica of a grass lodge and a tepee. Other exhibits cover the days of the pioneers, and you’ll get to see a covered wagon and the oldest remaining locomotive from the Atchison, Topeka, and Santa Fe Railway. Yet other exhibits feature items from the 1940s through the 1980s, including a jacket worn by President Dwight D. Eisenhower, who hailed from Abilene, as well as inventions by Kansans, including the handheld calculator.

6. Stop To Smell The Roses At The Ted Ensley Gardens

If you’re looking for time in nature, take in the sights, sounds, and smells of the 37-acre Ted Ensley Gardens. Topeka’s botanical garden is home to about 1,200 types of perennials and about 300 types of roses and tulips. As you stroll, don’t miss the peaceful rock and water gardens. You’ll also find an arboretum, pagoda, pergola, and gazebo. Lake Shawnee lies in the background, offering walking trails and other outdoor activities.

Unearth a unique Topeka souvenir at one of the local stores, such as Pinkadilly, where you can buy clothes, coffee mugs, and other Topeka-themed memorabilia. The Capitol Store, located at the Kansas State Capitol, sells everything from books and collectibles to jewelry and clothing. Antique enthusiasts will enjoy a trip to Brickhouse Antiques, which offers vintage wares such as serving dishes and classic books.

Where To Eat In Topeka

From barbecue to classic pub food, Topeka’s culinary scene offers comfort food fit to cap off a fun day of sightseeing and shopping.

After years of cooking great barbecue for family and friends, HHB BBQ’s owners decided to expand their servings to the public. After they opened their restaurant in 2012, people lined up to devour the offerings.

Whether you’re there for lunch or dinner, you’ll enjoy finger-licking pulled pork, brisket, baby back ribs, and smoked sausage, along with great sides like smoked beans, mac and cheese, coleslaw, and even smoked corn.

Iron Rail Brewing nods to Topeka’s railroad past with train murals and beers with names such as Great Overland Station Kolsch and Iron Rail Pale Ale. A variety of pub food is available, including nacho fries, burgers, and club sandwiches, as well as classic barbecue, including brisket and burnt-end plates. The pub also offers salads and soups.

Where To Stay In Topeka

Though chain hotels are available throughout the city, the best way to experience Topeka is to stay at a locally based accommodation. Here are two of the best.

Located near the Kansas State Capitol, the Senate Luxury Suites calls a 100-year-old former apartment building home. With a classic design but all the amenities of a newer hotel — including Wi-Fi, a fitness center, a business center, and a complimentary continental breakfast — it’s the perfect home base for a weekend getaway to Topeka.

If a bed and breakfast is more your style, then consider a weekend at The Woodward, which offers competitive rates. Considered Topeka’s “Most Artistic Home,” the 100-year-old house resembles a castle, and the gardens on the property are simply stunning. The home was built using timber and stones imported from Britain, and the library looks just like Sir Walter Scott’s in Scotland.

Each morning begins with a homemade breakfast featuring an impressive dessert (the chef is a chocolate fan). You might also want to check out The Woodward’s murder mystery dinners and tea outings. 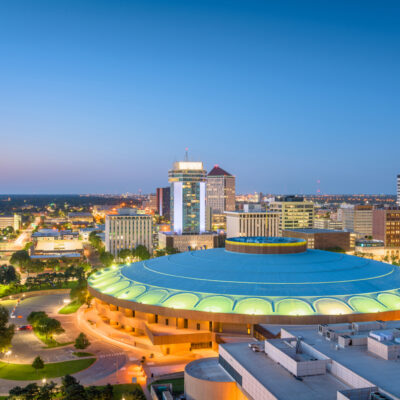 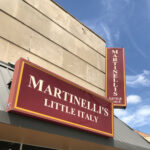 Kansas12 Best Things To Do During An Overnight Stay In Salina, Kansas 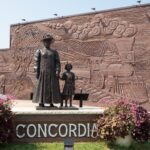 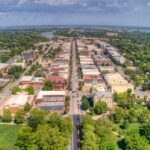 KansasHow To Spend A Fantastic Long Weekend In Lawrence, Kansas