I Finally Saw The Aurora Borealis, But It Wasn’t What I Expected

Ever since I was a little girl, seeing the aurora borealis — better known as the northern lights — has been a special fantasy of mine. This phenomenon has been on my bucket list since… well, before bucket lists were even a thing.

When I was in my fifties, my husband and I began traveling full time around Europe in our motor home. We headed to northern Norway, a prime aurora borealis-spotting location, with a big goal in mind: to finally see the northern lights.

What Is The Aurora Borealis?

When I was young, I couldn’t even pronounce these words, let alone spell them!

This spectacular show of dancing green lights in the night sky is caused by collisions between charged particles from the sun and molecules in the Earth’s atmosphere. The aurora has enchanted and intrigued humans from the beginning of time.

The Aurora Borealis In Norway

“We’re staying until we’ve seen the lights, no matter how long it takes,” I told my friends and husband when they asked how long our Norwegian journey would last. Now that we were in northern Norway, I wasn’t going to leave until I’d crossed this bucket-list item off.

“September is too early to see the lights,” we were told. But we have the luck of the Irish when it comes to weather-related events. We put our faith in the universe and were richly rewarded by Mother Nature.

It was September 17, 2018, in Tromso, Norway. Cheekily, we inquired about the best local viewing locations at the lights tour shop, which for just over $195 provides dinner, hot drinks, and a night of aurora borealis-hunting. The shopkeeper generously pointed us toward a distant beach at Grotfjorden, about 22 miles away.

We checked the My Aurora Forecast app, which provides information on the probability of seeing an aurora at any given location. The aurora forecast for the night was good, and the sky was clear. Full of anticipation, we parked our motor home and waited for showtime.

Anyone planning on seeing the aurora has certain expectations. I’d seen the northern lights on television, and even in the virtual world, they are spectacular. These days, you can check out YouTube videos or go searching the Internet for photos of the aurora borealis.

What I didn’t expect was the raw emotion of seeing this spectacular vista live, up close and personal. My emotions were electrically charged, just like the lights.

Dressed in layers of warm clothing to protect against the 35-degree weather, we stepped outside at 8 p.m. to the most sensational night sky I’d ever seen.

The sky was alive with movement, dance, and intrigue. It seemed like some alien child was scribbling on the canvas of the sky. The northern lights danced as though to music only they could hear, from one side to the other, before skipping out of view or morphing into another fantastic display.

Long and slender tendrils of light curled as if around some mystical cosmic shape, and then swayed like drunken sailors trying to stay vertical. They shone brightly, then faded away, and then reappeared even brighter than before. Every second, the scene changed before my very eyes.

Standing there, I was speechless, hypnotized, and spellbound, with butterflies flitting deep down in my stomach. Tears fell from my eyes, and I had to pinch myself: Was I really here? Was this real, or was I only dreaming?

I couldn’t bring myself to look away, not even for a moment — I didn’t want to miss a thing.

I simply hadn’t been prepared for the range of emotions I was experiencing — not to mention the sheer splendor of what I was seeing. I wanted to phone my parents; I wanted to scream from the hilltops; I wanted to share this with the world.

Now I could finally tick the northern lights off my bucket list.

We stayed outside until long past midnight, and it was only when I realized I couldn’t feel my fingers any longer that I headed inside. So much for my expectations of a 10-minute show!

We were indeed lucky — this was the only show we encountered during our eight weeks in Norway. We chased the lights farther south, but the cloudy nights hid the aurora borealis from our sight.

When And Where To Witness The Aurora

If you’re looking to experience the northern lights, where should you go? The answer is as far north as you possibly can. The farther north you are, the greater the chance of seeing the aurora, and the more spectacular the aurora will be. The area near the Arctic Circle is considered prime aurora-hunting territory. Iceland and the northernmost parts of Norway, Finland, and Sweden are good European locations. Northern Canada and Alaska are the best spots in North America.

Once you are in the correct geographical area, make sure you are well away from built-up areas. Then position yourself on a hill or overlooking a clear expanse of water. Depending on how far north you are, the lights may appear in the north, the south, or even right above you.

Travel between mid-September and March, when the darker, longer winter nights provide the greatest chances of success. On top of this, you’ll need to time your visit for a clear night with a high level of aurora activity — and this is not something that you can do in advance.

Sadly, there are no fail-safe ways to ensure that you’ll see the aurora borealis, and travelers often spend night after night forlornly looking up at a cloudy, dark sky. Your success — or otherwise — is up to Mother Nature, and we all know how fickle she can be. The longer you can stay in aurora territory, the better your chances. Be sure to put other attractions and activities on your agenda to fill the days and the nights when aurora activity is low or obscured by clouds.

I might see you there for another round of northern lights deliciousness, because one visit is never enough!

For more details on locations and times, see this page.

Planning a trip to see the northern lights? Consider one of these hotels. 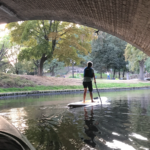 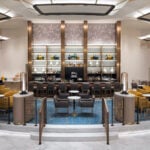 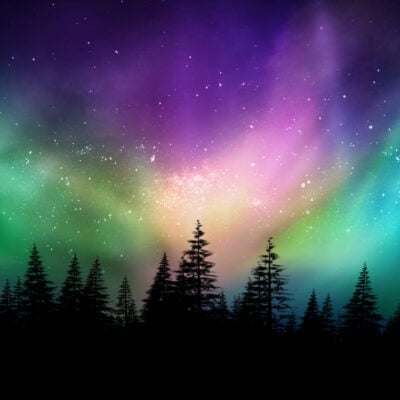 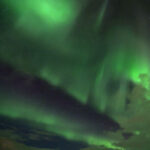 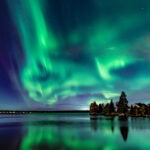 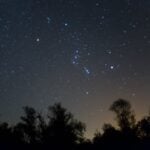