Elizabeth Lavis
What Are Your 2022 Travel Plans?

Properly soaking in Thailand takes at least several weeks, but you can see the best of the country in a bite-sized form with Samut Prakan’s Ancient City. The Ancient City is Siam in miniature: 200 acres of breathtaking pagodas, temples, villages, and wonders of the ancient world.

The Ancient City is easily accessible from Bangkok — it’s only about 15 minutes away from the BTS Kheha Station by taxi. Plan to spend the better part of a day visiting it. Although there are refreshments available, it’s a good idea to pack some water and wear comfortable footwear. Technically you can explore the park on foot, but most guests opt to bicycle or rent a golf cart, especially since temperatures in the Thai capital often reach 90 degrees.

The Ancient City is incredible to behold: a marvel of imagination and sheer size. If you’re still not sold on a visit, these seven facts about the amazing Ancient City might convince you.

1. It Was Built To Keep Ancient Thai Culture Alive

The Ancient City was the brainchild of Lek Viriyahbhun, a Chinese immigrant whose love for Thai culture and architecture prompted its creation. Viriyahbhun created the museum as a means of preserving ancient treasures and keeping old traditions alive. He feared that the old culture would be lost if it wasn’t presented in an attractive way to new generations, and it was that vision that was the impetus for the Ancient City.

2. Viriyahbhun’s Vision Was Initially Quite Different

Although Viriyahbhun’s ultimate creation is a spectacular love letter to Thai culture and architecture, his original vision was quite different. He initially saw the vast swath of land and pictured lush putting greens dotted with tiny Thai monuments. The Ancient City was quite nearly an elaborate golf course!

Viriyahbhun’s fears that modernity would leave old Thai culture behind changed his vision for the better. Today, instead of putting 18 holes, visitors can step back in time and immerse themselves in Thailand’s past, present, and mythology.

The Ancient City is logically laid out to reflect the geography and cultural influences of Thailand. It is split into five regions: the Northern Region, Northeastern Region, Central Region, Southern Region, and Suvarnabhumi.

The Northern Region is a celebration of Lanna architecture, a unique style in danger of being lost to the ages. The Southern Region touches on Malay and Chinese influences in Thai culture and art. One of the highlights of the Ancient City is in the Central Region: a genuine Floating Market that beautifully illustrates the relationship of Thai people with the rivers. The Floating Market is also a great place to stop and grab a bite to eat.

4. You Can Step Into Thai Mythology

Sumeru Mountain Palace is an important location in Thai mythology, thought to be the center of the universe and a meeting place for all manner of cosmic beings. Although this palace doesn’t exist in real life, you can visit Viriyahbhun’s imagining of it in the Ancient City. The Sumeru Mountain Palace is guarded by an Anand fish, whose body curves around the entirety of the temple.

5. The Museum Was Smiled Upon By Royalty

The revered Thai King Bhumibol Adulyadej opened the museum in 1972, inviting Queen Elizabeth II and Prince Philip to partake in the celebration. It was the first time that British royalty had visited the Thai kingdom, and they were treated to an astonishing display of old and new Siam.

6. You Can Visit Nearly Every Day

The Ancient City generally opens at 9 a.m. and stays operational until 7 p.m.

With its near-perfect miniature replicas of famous Thai sites, it’s no surprise that the Ancient City often serves as a backdrop for Thai television shows and movies. Love Destiny, a popular romantic comedy, was filmed at the Floating Market.

You can see the Land of Smiles in one day at the Ancient City! 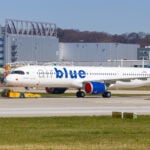