5 Fabulous Glaciers To Visit In Alaska

We’re fast approaching the dead of winter. In many places, it will be extremely cold and starkly white. Inevitably, my first encounters with glaciers come to mind at this time. During three separate trips to Alaska — where my husband’s daughter and my sister have relocated — we visited five fabulous glaciers.

Glaciers form when more snow falls than melts over time, compacting into ice that may then begin to move from its own weight. This phenomenon often occurs in regions least reached by solar heat — near the poles, including Alaska, America’s last frontier. Here are the glaciers we recommend you visit when you go north.

On our first trip in summertime, there were a lot of wildfires around Anchorage, so we proceeded to Valdez in the southeastern part of Alaska. There were a few showers on the way; the air was damp; a lot of fog hovered around. As we lost cell signals and our broadband communications, I exclaimed, “Gosh, the glaciers are puny around here! They’re just tiny patches of white.”

A few minutes later, as our RV negotiated a bend on Richardson Highway, a huge white mountain suddenly appeared. And we could walk to it from the roadside! It was Worthington Glacier. Visitors can park nearby and walk on the face of the glacier. My husband did; I chickened out. At almost 6,000 acres — which is small compared to others — Worthington Glacier is part of the Worthington Glacier State Recreation Site. Designated as a National Natural Landmark in 1968, it features great examples of areas where ice has accumulated and even terminal moraines, which form at the end of a glacier, denoting its maximum advance.

The following week, we took the four-hour Glacier Bay Cruise from Whittier, Alaska, a small town of about 200 — which doubles during summer — on the western edge of south central Alaska. It’s only 62 road miles southeast of Anchorage, separated from mainland Alaska’s road system by a 2.5 mile long tunnel that is shared by alternating one-way auto and railroad traffic. Going through this tunnel turned out to be an experience in itself.

We rode in a high-speed catamaran with huge picture windows plus extensive outside viewing areas. While we were touring Resurrection Bay and the College Fjords, we learned about the three glacier types — alpine, or hanging from high places; piedmont, or at mountaintops; and tidewater, or on the water’s edge. The cruise took us to see 26 glaciers up close, some rising to 1,700 feet above sea level. They were all so beautiful that I began to not mind the cold and actually ventured outside to view them without obstruction.

As our vessel slowly approached Prince William Sound, a strikingly blue tidewater glacier suddenly appeared. It was quite a sight, like a scene before tragedy struck the Titanic. And that’s why it’s called the Surprise Glacier. It’s the most active tidewater glacier in the area. Many pieces had calved and were floating in the icy waters around us. We spotted sea otters playing around them. And then the crew served us glacial blue margaritas from the ice they harvested. This legendary Inside Passage cruise was one of our most exciting Alaska adventures.

That summer, on the way back to the lower 48, we drove down the Stewart-Cassiar Highway. It is also known as Glacier Highway, and it cuts through northern British Columbia. Again, I grew impatient because I did not see a glimpse of a glacier-topped mountain for a couple of hours — until we turned right to take a peek at the town of Stewart, British Columbia, toward the coast.

The bigger surprise, however, is the town of Hyder, Alaska, with its population of almost a hundred people, only two miles from Stewart’s border. We did not make it to Juneau, but there we were at its southernmost tip. The town gave us the unforgettable experience of driving up to the fifth largest glacier in North America. As we drove slowly up the hill, all of 15 miles from downtown Hyder and Stewart, the long glacier slowly made its appearance. When we reached the summit, we saw its entire extent. But the pictures I took do not give it any justice.

And the price we paid was high. The road was dirt/gravel all the way. And since it was also rainy that day, it was very muddy dirt/gravel. But there was no other way to get there.

During our visit, there was nothing commercial about the towns of Stewart or Hyder because it was already off-season. No one even wanted to take my husband out fishing on a boat. But we were rewarded with a side show at Fish Creek, right at the foot of the hill. A good-sized black bear showed up and for about 30 minutes hunted for and devoured the salmon he found there. We could not stop clicking our cameras. We saw firsthand why it is called Salmon Glacier.

The following year, we returned to Alaska. Although we flew in that time, we rented an RV to camp at other places we had not covered. One of the weekends, we headed off to the town of Seward at the mouth of Kenai Fjords National Park. I felt that Whittier was prettier (yes, it rhymes) despite being smaller. It was already off-season in Seward, and well into fall, so there was hardly a soul on the waterfront. That said, the boats were all still moored on the marina and the shops were still open.

Eight and a half miles west of the town is the area’s prized landmark. It’s where you can get close to the famous Exit Glacier. Part of the huge Harding Ice Fields (which span 500 square miles), it is so named because it has been receding slowly since the earliest recorded terminus in 1815 — the recordings are so marked all along the way — about two miles from the most recent one. One can imagine the extent of the former glacier from the marshland it continues to create at its foot. I decided to try to finally walk on the glacial ridge as my husband did at the Worthington Glacier in Valdez the previous year. But it was extremely cold. It felt like I was inside a freezer. I quickly turned back after the very short photo op. If you are uncomfortable in the cold, like I am, it’s probably better to go during summer.

We first saw a glimpse of the Matanuska Glacier on our very first trip to Alaska — driving to Anchorage from Tok — at the view deck of the State Recreation Area at Milepost 101. But at that time we could not find out how to get closer to it. Before our third trip to Alaska, I saw pictures of my husband’s daughter and her husband walking on the glacier. We finally had people we could ask for directions. So, on this third trip, we went with my sister and her husband. The access is at Mile Post 102, 100 miles northeast of Anchorage off Glenn Highway.

The directions included driving through an “unsafe road” to the small cabin office two miles down the valley. There, we paid an entrance fee of $20 and drove another two miles to park next to the glacier. Then we braved the challenging, muddy, and slippery hike — these conditions are the same even during summer — on the ice to get closer to its face. Using the cleats lent to us by my husband’s daughter, we had a great time exploring the glacier on our own. So, on this third try, I finally did walk on a glacier. Another item on my bucket list ticked off.

It was no mean feat because, at 27 miles long and 4 miles wide, Matanuska Glacier is the largest glacier accessible by car in the U.S. It is a valley glacier like Worthington and moves quite a bit, flowing like a river under its weight — about a foot a day. It began its retreat to its present-day location about 10,000 years ago. With no significant change in mass for the past two decades, it still feeds Alaska’s Matanuska River.

Want an arctic adventure? Experience the midnight sun: what it is and why it’s worth a trip, and learn about visiting the arctic circle responsibly: seven things to know. 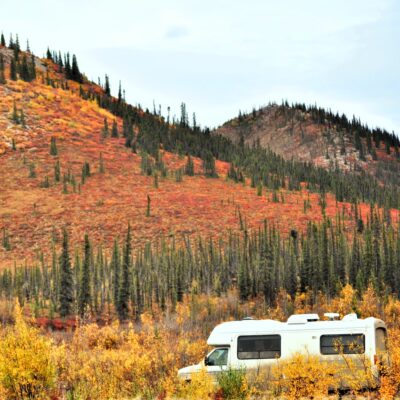 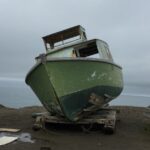 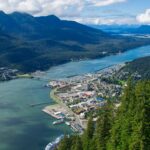 AlaskaHow To Spend The Perfect Long Weekend In Juneau, Alaska 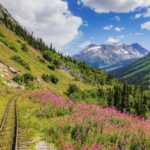 Alaska12 Incredible Things To Do In Beautiful Skagway, Alaska