The Best Time Of Year To Visit Providence, Rhode Island

The thing that jumps out at you when you visit the smallest of the United States? Just how quickly you can get everywhere. A drive from Woonsocket in the far northeastern corner of the state to Weekapaug in the far southwestern corner is only 59 miles. Rhode Island is small!

Even other New England destinations aren’t far off. Want to wander around Boston? It’s only 48 miles away. But once you’re in Providence, you don’t need to go that far to find adventure.

What’s more, there really isn’t a bad time to visit. Whether you’re in the mood for a New England summer on the water or a cozy winter in town, Providence delivers.

Here’s what you need to know before deciding when to visit.

Providence In The Winter

I’ll tell you my favorite Providence-in-the-winter story. Years ago, I had a friend who lived in Providence who was moving to Illinois. I agreed to help her drive her things across the country — on Christmas Eve, no less. We would drive through the night and arrive in Illinois before sunrise on Christmas Day.

As we left Providence on Christmas Eve, the sun was setting. We drove through residential streets to reach the interstate, and it was like something out of a movie: There was a blanket of fresh snow on the ground. Smoke rose from chimneys of gabled homes covered in twinkling Christmas lights, and light shone from all the windows. It looked like a Norman Rockwell painting, and it made me want to take the back roads the entire way!

That’s the charm of Providence in the winter. New England winters are the best winters, especially when the Christmas lights are up. It can get cold, but not as cold as you might think. The average high temperature in Providence in December is 44 degrees, and the average high in January is 39. Providence averages around 35 inches of snow every winter, so if you like snowy winters, you’re in for a treat.

And if you really like the snow, the Yawgoo Valley ski area is just 25 minutes south of downtown Providence. Compared to the larger ski resorts in New England, it’s a smaller, less expensive way to spend a day skiing.

If you like looking at the snow and not skiing on it, a drive through Roger Williams Park might be something to try. The park features several lakes, Victorian gazebos, and arched bridges. If you love winter photography, this would be the spot to get some great shots.

Providence In The Spring

Get used to hearing about Roger Williams Park, because there is something to do in this park in every season. In the spring, the park’s Botanical Center is the star of the show. This series of greenhouses features planting displays of all kinds. There are two main greenhouses (the Conservatory and the Mediterranean Room), three smaller greenhouses, and outdoor gardens. In the spring, many of the flowers are in bloom, and it’s quite spectacular. Hours vary throughout the year, so check the website for the current hours and admission information.

If it’s a rainy day, plan a visit to Craftland. The shop began as a pop-up shop for local artists, so it’s truly unique to Providence. Over the past few decades, it has developed into a must-see destination. The shop features the “off-beat sensibilities of independent creators from here in Rhode Island,” including handmade items by a wide variety of local artists and artisans.

If it’s sunny out, plan to take the self-guided walking tour of the city’s historic East Side. You’re in New England, so you’ll probably want to see some historic architecture, and this tour will truly take you back in time. Keep in mind that Providence is in a river valley, so there are many hills to contend with — the walking route isn’t flat. But if you’re up for it, grab a map at the visitor center and then walk through the historic district, which dates all the way back to 1636.

Providence In The Summer

The summer weather in Providence is usually perfect. The extreme heat that envelops much of the country just doesn’t touch this city near Narragansett Bay and the Atlantic Ocean. The average high temperature in July is 83 degrees, and the average high in August is only 81. In the summer, the city experiences nearly 15 hours of daylight, so you’ll have plenty of time to explore everything Providence has to offer.

There are typically 13 lightings per year, mostly in the summer. Each lighting typically happens in conjunction with a local festival, including art fairs on some weekends and educational events on others. Each year, a calendar on the website lists the specific festivals associated with the lighting of the braziers, along with the timing for each lighting. Plan your visit around one of them — you won’t want to miss it.

Summertime in Providence isn’t limited to these festivals. If you’re traveling with the grandkids, consider returning to Roger Williams Park for a day at the zoo. If you’re a history buff or architecture aficionado, you could make the 50-minute drive to Newport, Rhode Island, to check out the town’s historic lighthouses and spectacular seaside mansions. If you love nothing more than relaxing on the beach, you could head to Narragansett or Weekapaug for a relaxing day by the water.

After all, it’s Rhode Island — everything is within an hour’s drive.

Providence In The Fall

Providence is home to Brown University, an Ivy League institution that dates to 1764. Located just outside downtown Providence, the campus is the perfect spot for a long stroll on an autumn afternoon. If you’ve never toured an Ivy League campus, believe me: It’s a treat. I’ve visited four Ivy League cities over the years and have made time to walk the campus at each one. The history is hard to fathom. A self-guided walking tour of the Brown campus is available here.

If you’re looking for shopping, head to Westminster Street in downtown Providence. I visited Providence this past September with my wife, and we spent an entire afternoon strolling through the shops on Westminster Street (as well as the shops in the Hope Street shopping district a few miles away). After an afternoon spent browsing the offerings, we stopped at a fantastic Greek restaurant (Kleos, on the corner of Westminster and Union) for dinner and wine.

You could spend an entire day in downtown Providence during the fall, really — there’s just so much history. The condition of some of the buildings that date back to the 1600s will never cease to amaze me. After our shopping afternoon, my wife and I drove up and down Main Street just across the river from downtown Providence. Some of the historic homes in the area were truly spectacular.

What else can you do in the fall? Spend time outdoors, of course. The temperatures are still quite pleasant (the average high in September is a lovely 74 degrees), and outdoor activities can be enjoyed well into October.

When the fall colors are at their peak, Roger Williams Park is perhaps the best place to be. Walk one of the short trails, drive the loop road around the three lakes, or just sit on a bench and take it all in. The city’s Museum of Natural History is also located in the park, and you could spend an entire day there. 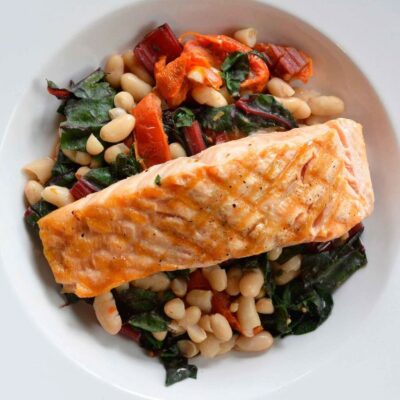 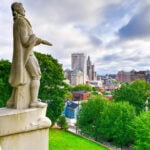 ProvidenceWeekend Getaway To Providence, Rhode Island: The Best Things To See And Do 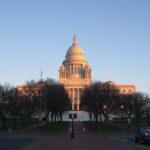 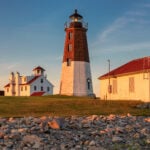