If you’re headed to South America anytime soon, you’ll want to put Iguazu Falls and Devil’s Throat on your bucket list. The immense falls are on the border between Brazil and Argentina and offer some of the most amazing waterfall experiences in the world. The whole area boasts 275 distinct waterfalls plus large islands and is one of the largest waterfalls in the world.

Devil’s Throat itself is the main attraction and easily accessible for people of all fitness levels.

Devil’s Throat Is The Largest Water Curtain Of Iguazu Falls

Among the falls known as Iguazu Falls, Devil’s Throat is the largest. It drops more than 262 feet into a creamy white pool that’s indistinguishable because of the permanent mist that forms thanks to the powerful water flow. The curtain contains 14 falls total and is shaped like a horseshoe.

There Are Several Ways To Experience Devil’s Throat

You’ll start your journey via the Jungle Train to the Devil’s Throat Station or picking up a rental car. From there, on foot, you’ll take a footbridge of 3,600 feet that leads to the immense waterfalls. It’s a safe, quiet, level bridge that’s wheelchair accessible. The platform at the end offers incredible views of the falls.

You can also view the falls by speedboat. You’ll need to dress warmly and bring along a slicker or poncho for this as you’ll definitely get drenched.

By afternoon, the sun rises above the falls, giving viewers the best visuals of Devil’s Throat. Morning time views will likely be obstructed by glare from the sun.

When the first lady visited Iguazu Falls, she exclaimed, “Poor Niagara!” The falls are so stunning that she couldn’t help but compare them to the much smaller Niagara Falls. Iguazu is 1.7 miles wide — Niagara is only 0.70 miles wide — and about 100 feet taller than Niagara.

The Iguazu Falls are often revered as the most spectacular waterfall in the world, thanks to the width and height of the overall system of the falls and the breathtaking beauty of the rushing waters. Between the falls’ natural beauty and their cultural importance, they were declared a UNESCO World Heritage Site in the mid-1980s.

A Spanish Conquistador Was The First European To Spot The Falls

In 1541, Alvar Nunez Cabeza de Vaca explored the region we now know as Argentina. During that exploration, he saw and wrote about Iguazu Falls. This discovery led to naming one of the falls on the Argentine side of the natural wonder after the explorer. Centuries later, near the end of the 19th century, an explorer known as Boselli also saw and wrote about the falls; today another one of them bears his name. Despite these European names, Iguazu means “big water” in the indigenous Tupi or Guarani language.

Birds Live Inside The Falls

There’s a species of bird that builds its nests behind the rushing water of Iguazu Falls. If you’re lucky, when you visit, you’ll see the Great Dusky Swifts swooping out through the water. The birds are fairly large with silvery heads and dark, greyish-brown feathered bodies. They cling to the exposed rocks in the falls when they’re not flying around or perched in their nests.

The governments of both Argentina and Brazil have recognized the vast energy source in the stunning falls, and they’ve harnessed the waterpower to create electrical energy for both countries. The falls powers 40 percent of the electricity consumed by the nations through this natural hydroelectric powerplant. 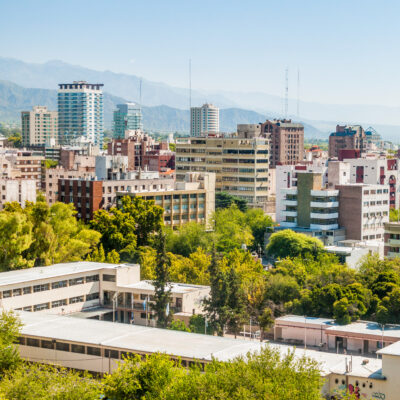 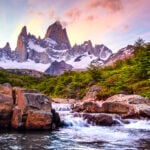 ArgentinaVisiting Argentina: 6 Things To Know Before You Go