What I Learned From Visiting The D-Day Beaches

A visit to the D-Day beaches in Normandy, France, will no doubt leave you changed. You will appreciate life more and be more thankful for freedom. Today, these beaches are an arena for reflection. You will be surprised at how peaceful the coastline is now, with waves gently lapping at the shore. But for a few terrible days during World War II, it was a place of chaos and deafening sounds and fires and so much suffering.

Here are some things I learned from my time on the channel shores of France this summer.

On June 6, 1944, the Allies landed in five sectors along 60 miles of French coastline. The Americans were assigned to Utah and Omaha beaches, the Canadians to Juno, and the British to Sword and Gold. The purpose of Operation Overlord, the official name of the invasion, was to push back the Germans who had been occupying France for four years. The planning and preparation took months, and men from 12 Allied countries did their part. In all, about 160,000 troops landed by sea and air. D-Day still stands as the largest invasion in history.

Visiting the beaches, however, allowed me to move past the statistics and mind-boggling numbers. I’d read overviews of the battles in Normandy, but in going there I saw for myself what the soldiers saw, where they ran, the bluffs they climbed, the cliffs they scaled, the rivers they forded.

It’s often said that every person on either side of the conflict on D-Day was a hero. The more I traced some of their paths, the clearer this became. The success of liberation came down to one person at a time standing beside his friends, doing what certainly couldn’t have come naturally.

I walked into the water on Omaha Beach, dug my toes in the sand, and saw in my mind the hundreds of men who ran into a hail of bullets because that was their role and they wouldn’t let their buddies down. I stood on a vital drawbridge held by courageous souls who refused to retreat even as men around them died. I solemnly entered the country church that served as a medic station and witnessed the bloodstains still clearly visible on the wooden pews. I traced the footsteps of paratroopers who attacked nests of gunners firing at their comrades on the beaches from three miles away. They couldn’t even see the men they were risking their lives to save.

Every person who pushed past the instinct to flee, drew deep to find courage, and didn’t give up contributed to the remarkable victory. They are heroes, every one.

It’s common for visitors to the D-Day beaches to be overwhelmed with information and emotion. Standing in a sea of white crosses and stars in the cemeteries is poignant. The loss of life is astounding. Omaha Beach alone is the resting place of more than 9,000 soldiers. I learned that one way to cope with my feelings is to focus on individuals. Look at the names on the grave markers. Thomas J. Minnick, Nickolas Wassil, Donald Grohman. These were men — or young boys — who got on a boat in England and landed on the foreign soil of France and never went home. I imagined their fear. I imagined all they missed of life. I imagined their families. I imagined so much grief.

After you wander among the graves, take a moment to sit. Resting on the grass and reflecting gave me time to be still and process my thoughts. It’s also a stance that I felt was respectful given the significance of the place.

Look For The Miracles

While war always brings sorrow, I learned that looking for the heartwarming stories helps. I booked a day with a local guide who has talked with French people who witnessed D-Day firsthand. He’s also met numerous veterans when they’ve returned to Normandy. He supplied me with so many uplifting stories.

One of my favorites was his answer to my question about why the town of Bayeux, just over three miles from the beach, wasn’t destroyed by bombs as many towns were. He told me that on the evening of D-Day, a priest from Bayeux knew the Allies had gained a hold on the beach. He also figured that the next day, bombs would fall on his beloved town as the Allies moved inland to dislodge the Germans. He stole away through the night to an Allied commander to inform him that the Germans had quietly abandoned Bayeux that day. There was no need to bomb the town. The Allies believed him, cancelled the planned bombardment, and the next day liberated Bayeux without a fight. The cathedral dating from the 1100s and the town’s winding cobblestone streets survived. The bravery of one priest willing to risk his life saved medieval Bayeux.

Many Countries, A Common Goal

Like many Americans, on my first visit to Normandy, I went only to Omaha Beach, the most famous of my country’s sites. But I thought there might be something gained from seeing the entire invasion area. My hunch was right.

Touring all the beaches allowed me to find out more about the contributions of the British and other soldiers. I was able to get a better grasp of how each sector fit into the grand plan. Whether it was taking a road, laying a cement harbor in the water, or liberating a town, all the parts made a whole. Being in the five areas widened my understanding of how people from different countries came together to work toward a common goal. And that is a good reason to travel, no matter where you go.

Gaining A New Perspective On Life

Knowing more about what happened on these beaches reminded me that, while I have value as a person, the world does not revolve around me. Soldiers and civilians alike sacrificed everything for each other and for liberation. It made me feel small, in a good way. An ache or pain, a disappointment, money worries — these everyday problems pale in comparison to the life-and-death circumstances of war.

I traveled to the D-Day beaches to pay respects to those who were part of the Normandy campaign. Visiting here made me think of the words of President Abraham Lincoln during America’s Civil War: “In a larger sense, we cannot dedicate, we cannot consecrate, we cannot hallow this ground. The brave men, living and dead, who struggled here, have hallowed it, far above our poor power to add or detract.” While this is true of the D-Day beaches too, a visit will give you the opportunity to honor the heroes of Normandy while at the same time inspiring you to be brave in the face of whatever life brings.

Planning a trip to learn more about family history? Here are eight tips for planning your ancestry travel. 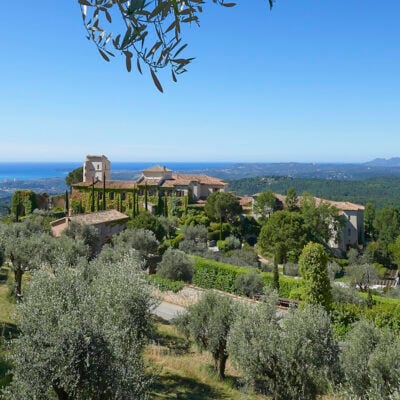 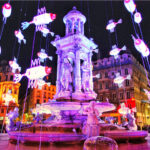 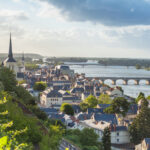