8 Things To Do On Michigan’s Leelanau Peninsula

Michigan’s Leelanau Peninsula extends northward into Lake Michigan with the main lake on one side and Grand Traverse Bay on the other side. Only 5 to 7 miles wide, the peninsula has the feel of an island — there’s water everywhere you turn, including several lakes at the center of the peninsula.

The area is perhaps best known for Traverse City, Michigan, which lies at the base of Grand Traverse Bay, but there are so many things to do on the peninsula itself that one could spend an entire vacation exploring it.

Here are eight unique things to do when visiting the Leelanau Peninsula.

Sleeping Bear Dunes National Lakeshore is one of the Leelanau Peninsula’s most popular attractions. This federally protected national lakeshore is home to massive sand dunes formed by glacial sand deposits. These sand dunes have been a point of interest for centuries, eventually becoming part of the National Park System in 1970.

The main draws at Sleeping Bear Dunes are, of course, the enormous sand dunes themselves. For the bold (and for those in shape!), there is a dune-climbing area. It is, for all intents and purposes, a massive sandbox stretching as far as the eye can see. Visitors who reach the top of the dune are rewarded with a stunning view of Glen Lake.

One of the lesser-known — but just as amazing — attractions at Sleeping Bear Dunes is the Pierce Stocking Scenic Drive, a 7-mile one-way loop through the park that allows visitors to “go on a hike” without leaving their cars. There’s only one lane, so the tree canopies envelop you as you drive through the forest toward the lakeshore.

There are several stops along the Pierce Stocking Scenic Drive, but the most spectacular by far is the Lake Michigan Overlook. The overlook is perched atop one of the massive dunes more than 200 feet above the lake below. Since this is not a cliff but a sand dune, you can walk down and dip your toes in the water. But be forewarned: You then have to hike up a 200-foot sand dune, and with each step you’ll feel like you’ve only risen 3 inches! Hiking from the overlook down to the lake and back up again is a popular thing to do at the park, but be sure you have the stamina to complete the trek before attempting it.

As we mentioned above, the Leelanau Peninsula extends into Lake Michigan. Heavy ship traffic on the Great Lakes has been a fact of life for more than two centuries, and every major shipping route once required multiple lighthouses. The Leelanau Peninsula is no exception, and at the very top of the peninsula — the northernmost tip — is the Grand Traverse Lighthouse.

The Grand Traverse Lighthouse is located within Leelanau State Park, which has a park entrance fee of $9 for a daylong visit. The park also features a campground if you’re planning a longer visit to the area. The views from the campsites are some of the best on the peninsula. You’re at the very tip of Leelanau, so you can open your tent to a 180-degree view of Lake Michigan!

3. Kayak Down The Crystal River

The town of Glen Arbor, Michigan, sits on a strip of land between Glen Lake and Lake Michigan. The Crystal River connects the two lakes. There are several outfitters in Glen Arbor that will take you to the top of the Crystal River and let you float back down to Glen Arbor.

One such company is Crystal River Outfitters. They will provide you with transportation to the starting point as well as a single-seat kayak, double-seat kayak, or canoe. The trip is a simple, 2- to 3-hour float ending back in Glen Arbor.

The end of the float is the highlight of the trip — it’s called “shooting the tube.” Near the end of the river is a large metal culvert under a highway. It’s wide enough for all boats to pass through, and since it slopes down, you’ll get to “shoot the tube” to the next part of the river. It might sound intimidating, but it’s not. With the “tube” guiding your boat through the passage, it’s actually the easiest portion of the trip — and quite fun!

If you find yourself in Glen Arbor around breakfast time, you must visit Art’s Tavern. After our trip to Glen Arbor, I spoke to two people about our visit, and both asked me the same question: “Did you eat breakfast at Art’s Tavern?”

If it’s a weekend morning, there might be a long wait, but the food is worth it. Many of the shops in downtown Glen Arbor are open early, so you can browse the offerings at some of the adjacent shops while you wait for your table. Otherwise, you could check out the interior of the tavern, where every inch of the ceiling is covered with sports memorabilia. See if you can spot a pennant featuring your favorite team!

The restaurant’s signature dish is the Lake Michigan Breakfast: two eggs, bacon or sausage, and three malted pancakes with Leelanau County maple syrup on top. The malted pancakes are what keep people coming.

5. Watch The Sunset From The Beach At Village Park

Empire, Michigan, sits on the Lake Michigan side of the peninsula. A very small town with only 375 residents, it’s a quaint getaway far from the busiest areas of Leelanau County. However, it’s home to one of the best hidden gems on the peninsula: a beach directly facing the west that offers spectacular sunset views of Lake Michigan. There’s a large parking lot at Village Park for this beach area, so there is typically plenty of parking. Bring a few chairs or just stand with your toes in the water (you know, if it’s warm enough) and watch the sun go down. Perhaps you’ll even see the sun dip below a massive ship out on the horizon.

6. Travel Back In Time In Fishtown

Want to know what life was like back in the early 1900s, when the Leelanau Peninsula was just a collection of fishing villages? Then visit Fishtown in Leland, Michigan, on the western side of the peninsula.

One can sense the history of the Leelanau Peninsula while walking around Fishtown. The town of Leland exists because of these fishing operations, and great care has been taken to preserve the area as part of the town’s history. It’s truly a unique look back in time.

Be sure to visit one of the many art galleries along the main street (also called Saint Joseph Street). Dozens of other shops offer everything from clothing to home goods to quilts. From pottery to photography to kinetic garden pieces, you’ll be sure to find unique items for your home — and wonderful mementos of your time on the Leelanau Peninsula — in Suttons Bay.

If you tire of shopping, visit the park next to the marina, only one block from Saint Joseph Street, and watch the boats out on Grand Traverse Bay. You can easily spend a full day in Suttons Bay without realizing where the time has gone.

The history of French Valley is quite simple. French settlers on the peninsula found the best area for growing grapes and settled there, on what is now known as French Road. When the group opened their winery, they decided to name it for the French Valley, the place where they were growing their grapes.

The tasting room overlooks the east side of the Leelanau Peninsula, just north of Suttons Bay. Sit at one of the tables or around the outdoor fireplace as you sip your wine, or perhaps settle in to one of the Adirondack chairs on the lawn and watch the boats sail in and out of Grand Traverse Bay. It’s the perfect end to a visit to the Leelanau Peninsula. 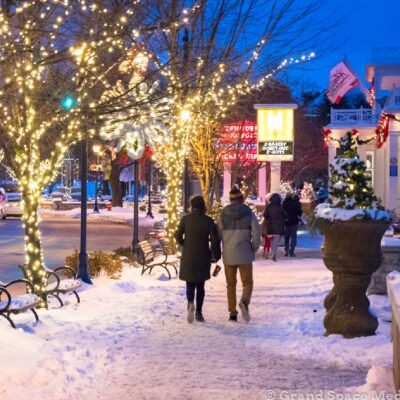 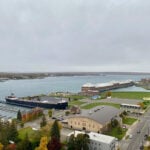 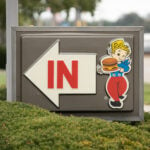 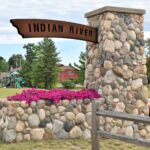