Just over 40 years ago, families and animal enthusiasts would flock to West Milford, New Jersey, tune into W-I-L-D 640, and get up close and personal with animals from all over the world, right from the comfort of their own cars.

Jungle Habitat was a truly unique take on a zoological experience. Some 1,500 animals roamed over 928 acres of rural New Jersey, delighting visitors from 1972 to 1976. Jungle Habitat housed 70 different species from all corners of the world. Their setup provided patrons with the thrilling opportunity to experience these animals in a safari-like setting, where they drove into the enclosures instead of marveling at the creatures from afar.

Now, Jungle Habitat is a fond memory captured in fading pictures and the anecdotes of those who were fortunate enough to experience the short-lived park firsthand.

Jungle Habitat’s parent company, Warner Brothers, had its fair share of controversies during the four years that the park was operational. There were rumors of animal escapes, and in one instance a patron was seriously hurt while roughhousing with a lion cub through his window.

Security risks and the ethical implications of housing animals outdoors during the frigid New Jersey winters also fueled criticism, especially in the park’s later years. After the park’s closure, the frozen remains of several animals were located on the premises, which fueled urban legends about hauntings and illegal poaching sprees.

While it’s true that Jungle Habitat’s attendance did drop off substantially in its later years, it’s speculated that the real reason the park shut its gates for good was a dispute between Warner Brothers and the citizens of West Milford. A proposed expansion of the park ruffled feathers in the local community, whose citizens were already tired of the traffic and animal escape rumors.

In October of 1976, Jungle Habitat shut down for good, most of the animals were rehomed, and native New Jersey flora and fauna took over what was left of the abandoned park.

Today, you won’t hear the roar of a lion or catch the eye of an ostrich at what was Jungle Habitat, but you can certainly trek on the premises. The land is now a state park that is well known for its miles of hiking trails. The paved parking lots of the park are now part of excellent bike paths, and you might even encounter some of the forgotten relics and old structures from the ’70s animal park.

The state park is mountainous, so the terrain can be a little steep and challenging. Wear comfortable hiking boots or sturdy sneakers and apply plenty of SPF. Although the more exotic creatures are gone, plenty of birds still call the old Jungle Habitat home, making this particular patch of New Jersey a must-visit for bird-watchers.

Jungle Habitat state park is located at 190 Airport Road in West Milford, New Jersey, and is open year-round for outdoor enthusiasts who want to have a new kind of wild adventure at the site of the old Jungle Habitat.

Fascinated by Jungle Habitat? Read up on Disney World’s abandoned island: the story behind Discovery Island or — if you’re feeling especially adventurous — learn how to visit Hirta, the remote Scottish ghost island (which is also home to an adorable but endangered breed of primitive sheep). 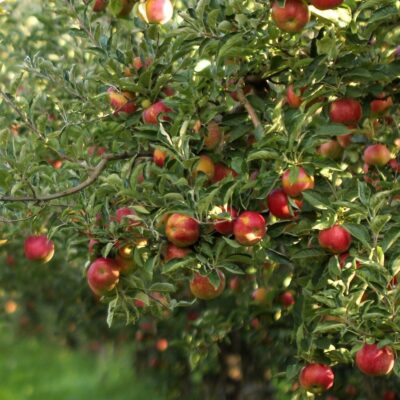 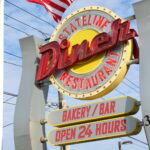 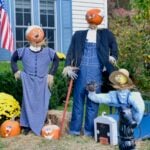