American Tourist Deaths In The Dominican Republic: What We Know

According to a tweet by Dominican government spokesman Rodrigo Rodriguez Marchena, “More than 41 million tourists have visited the Dominican Republic since 2012. [It’s] the largest, fastest growing, tourism destination of the insular Caribbean.” Beachgoers bound for the Dominican Republic expect sunny weather, blue waters, and welcoming resorts, but as of late, Dominican tourism has been cast in a less-than-inviting light. Within the last year, this popular vacation spot has become a nightmare for numerous families as they have had to mourn the loss of loved ones who ventured off to the Caribbean country for sand and sun but didn’t return home alive.

In the last year, there have been nine American tourist deaths in the Dominican Republic and people have been led to believe that they aren’t just coincidental. The mysterious circumstances surrounding the deaths have raised quite a few eyebrows and sparked questions about the safety of the country, especially for tourists. Many people are looking to get to the bottom of the escalating crisis, but have come up short in finding the answers they’re desperate for.

Here are the Dominican properties where tourists have passed away, plus the details we know about each individual.

There has been one recent American tourist death at this resort.

Joseph traveled to the resort to celebrate a friend’s birthday but was confirmed dead June 13, 2019, in his hotel room. His family told NBC News that he had complained about the heat the night before and then returned to his room to take a shower and lay down.

Jason Allen, Joseph’s brother, told NBC New York, “The maid opens the door, screams, slams the door. My brother is on the floor dead, between his room and the bathroom.”

Jason wants an investigation conducted to get to the bottom of what happened to his brother.

“I’d rather not guess because you will drive yourself crazy with that, but I do think something is off and I think it needs to be investigated no matter how much money or how much time it is,” Jason said.

There has been one recent American tourist death at this resort.

Cox is the eighth American to die while visiting the Dominican Republic. Originally the hotel told CNN that Cox wasn’t feeling well and was then taken to the hospital. In a later statement, the resort said Cox died in her hotel room on June 10, 2019, due to a heart attack.

Excellence Resort offered up their condolences to those affected by the trail of recent incidents according to CNN, but Cox’s son is not convinced by the hotel’s claims about the cause of his mother’s death.

Will Cox expressed his doubts to CNN affiliate WCBS: “I truly believe if she was anywhere else in the world besides the Dominican Republic she’d be alive right now.”

There have been four recent American tourist deaths, including the death of a couple, at this resort.

Holmes and Day were an engaged couple in the Dominican Republic on vacation. The day they were to return home, May 30, they were found dead in their hotel room. Holmes’s cause of death was found to be linked to having an enlarged heart and cirrhosis of his liver which authorities are linking to a preexisting condition. Day had fluid on her brain according to CNN. Both Holmes and Day had fluid in their lungs.

The families of Day and Holmes are still seeking their own answers as to how the couple died.

“The families are determined to find out what happened and why. At this time the cause of death remains a mystery,” Steven Bullock, a lawyer representing the couple’s family, told People magazine.

Schaup-Werner checked into the resort on May 25 with her husband, Dan. Family spokesman, Jay McDonald, told WFMZ-TV Schaup-Werner had a drink from the minibar and fell ill directly after.

“At one point, she was sitting there happily smiling and taking pictures, and the next moment she was in acute pain and called out for Dan and she collapsed,” McDonald told WFMZ.

Schaup-Werner died from a heart attack, pulmonary edema, and respiratory failure according to a report by NBC Washington.

Sport traveled to the Dominican Republic in June of 2018 and unfortunately did not return alive.

Sport’s sister, Felecia Nieves, told NBC10 Philadelphia “She drank from the mini-bar, took a shower, and wanted to retire for the evening.”

Sport went to the resort with her fiance. Nieves told CNN Sport’s fiance heard her make “a gurgling sound” in her sleep, and NBC10 reported that when Sport’s fiance woke up the next morning, Sport was unresponsive.

Nieves went on to tell NBC10, “He tried to nudge her again and there was no sound and then she was gone.”

The death certificate states Sport died of a heart attack, but Nieves reports that her sister was healthy.

There have been two recent American tourist deaths at this resort.

Wallace went to the Dominican Republic to witness his stepson’s wedding, but became ill at the hotel and had to be hospitalized.

FOX40 says he grabbed a bottle of scotch from the minibar and that’s when his health began to decline. According to CNN, he was reported dead on April 12.

Dawn McCoy told CNN her husband, Harrison, returned to their room after an early morning snorkel outing and reported not feeling well. He woke up the next morning sweating and unable to breathe or get up.

McCoy shared with FOX 5 DC that she called for an ambulance multiple times but the resort would only send a doctor, who took over 20 minutes to arrive.

Harrison died and McCoy had him cremated but said she wished she had gotten a second autopsy after hearing about other deaths in the Dominican Republic that involved the same symptoms as her husband’s.

Corcoran was the brother of Shark Tank star Barbara Corcoran. He was on vacation with friends in the Dominican Republic when he died. Barbara told her Instagram followers that her brother vacationed there often in a post she made regarding the cause of his death. Barbara believes her brother’s death was unrelated to other tourist deaths reported on the island, noting that he had an existing heart condition.

Barbara told TMZ that to her knowledge, her brother’s body did not undergo an autopsy.

John’s daughter, Nichole Lande, told People that it was a coincidence that her father’s death happened in the Dominican Republic after several other tourists’ deaths had been reported. She agreed with her aunt that her father had a preexisting heart condition and said she wasn’t shocked by his death. Lande says that the circumstances surrounding her father’s death were completely different than the other deaths — no minibar, no bad air conditioner, lodging at a private home in a different city.

Lande told People, “This isn’t a mystery to us. It’s just the sad loss of a father and grandfather who everyone is missing right now.” She expressed sympathy for “the families who have questions about their loved ones’ deaths,” but said of her father’s passing, “We know what happened, and we have closure.”

The Dominican Continues To Invite Tourism

Despite the several deaths within the last year, the Dominican Republic still urges people to travel to “one of the region’s top tourism destinations,” according to CNN.

In his June 15, 2019 tweet , Dominican spokesperson Rodriguez-Marchena said, “14 million [tourists to the Dominican] came from the United States of America. #BeFairWithDR.”

Matthew Bradley, regional security director for risk management firm International SOS, told CNN, “These incidents, while recent, in my mind, don’t indicate the Dominican Republic is any less safe than it was before. I would tell people to continue with trips.”

The trail of deaths in the past year has been heart-wrenching to many travelers’ families and friends. Although there have been no updates on the deaths being related, many people are still questioning the similarities between them and awaiting more answers. 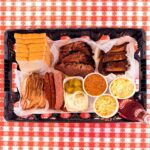 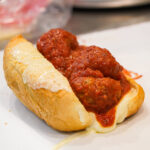 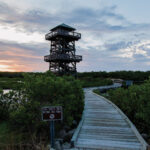