The Most Dangerous Airlines In 2019

Air travel already comes with a list of worries and fears, especially for those who aren’t fans of being miles high above the ground. As with any mode of transportation, airline safety is of the utmost importance to pay attention to when deciding which flight to take. It’s important to do your own research on your airline of choice, but lucky for you, AirlineRatings has done some of the work for you. They have airline safety ratings for most airlines, with seven-star ratings being the best, and one-star ratings being the worst. Five factors contribute to the ratings:

We’ve compiled a list of airlines that, based on their two-star and one-star safety ratings, make the list as the most dangerous airlines in 2019.

For another year, Nepal Airlines has landed a spot on this list. It’s safe to say that travelers should avoid Nepal Airlines flights if possible. Last year’s AirlineRatings list had three Nepali airlines ranked with just one star — Nepal Airlines, Yeti Airlines, and Tara Air. Unfortunately, Nepal Airlines’s track record has not earned it any additional stars in the 2019 ratings.

Nepal Airlines is missing a check from all categories except the FAA endorsement. The airline had crashes in 2010, 2013, and 2014. The most recent crash, in 2014, resulted in a total of 18 fatalities — 3 crew members and 15 passengers — according to the Aviation Safety Network.

Nepal Airlines is also missing check marks in the IOSA and ICAO categories, and for obvious reasons, there’s a fat X on the fatality-free category. For these reasons, Nepal Airlines is the only airline with a 2019 one-star rating. Based on its airline safety rating, it’s best to fly with a different carrier whenever you can.

AirAsia Thailand is one of many AirAsia airlines, but this specific carrier receives the lowest AirAsia rankings. Given its two-star rating, AirAsia Thailand flights should be booked with caution, or not at all. This airline is missing check marks in three of the five categories. The FAA has decided against giving the airline its stamp of approval and this is probably closely related to Thailand’s overall airline safety rating.

When checking if Thai carriers are up to ICAO standards, FAA inspectors found a whopping 26 safety issues during their inspection. Note that these findings do not apply to all airlines flying out of Thailand, so it’s important to check into each particular airline you’re considering flying with. For AirAsia Thailand, the general Thai airline consensus seems to apply.

Airlines PNG flies out of Papua New Guinea. The airline loses big points in the fatality-free category, which is probably a big component in the airline’s two-star rating. An Airlines PNG Dash 8 aircraft accident killed 28 people in a 2011 plane crash. Although it was due to the pilot’s mistake, there have been several incidents involving other pilots making the same mistake while flying the Dash 8 aircraft according to the airline’s general manager of safety, Craig Chapple. The airline is taking responsibility for the plane having some fault in the 2011 crash, as well as the other incidents.

Flying out of Kabul, Afghanistan, Ariana Afghan Airlines is missing three of the five factors essential to a good rating. The only two check marks it receives are from it being fatality-free and FAA endorsed. It is, however, lacking IOSA certification, EU approval, and ICAO certification.

Although the airline is fatality free, its planes have been involved in at least three accidents in 2001, 2007, and 2018.

Ariana Afghan Airlines is also not EU allowed, but this isn’t an attack on Ariana Afghan Airlines alone. Back in 2010 the EU banned all Afghani airlines from its airspace because the country refused to implement a proper safety regimen. Siim Kallas, the EU transport commissioner, told Reuters that they actually have evidence that the air carriers aren’t performing safe operations and that Afghani regulatory authorities aren’t enforcing the safety standards.

Afghani airlines have now turned to ways of evading the ban. Some airlines are considering leasing aircraft or buying overseas operators to “run their fleet while being overseen by a credible regulator,” according to Reuters.

Ariana Afghan Airlines has not spoken on whether they have chosen to explore loopholes in the EU ban, but it’s best to be cautious when booking any flights run by Afghani airlines.

This airline, based in the South American country of Suriname, has gained a star since last year’s list — not much, but it’s something. The hazardous airline previously had one star, but has risen to two-stars on the 2019 list. The airline is FAA endorsed and has the ICAO stamp of approval.

The airline is not fatality free, however, as an AN-28 plane that departed from Paramaribo, Suriname, and was headed for Benzdorp in eastern Suriname in 2010, crashed and killed the 19 passengers and two crew members on board. Blue Wings Airline is also missing EU approval due to security concerns and lacks IOSA certification.

Traveling to and from Iraq already poses its own concerns since, like Afghanistan, it is classified as a “Do Not Travel” country, so looking for safe Iraqi air travel options definitely raises some questions. This airline based in Iraq has a two-star rating and gets check marks on being fatality-free and FAA endorsed, but, as with the other two-star airlines on this list, those qualifications don’t make it an option to get excited about.

Some red flags include the airline lacking IOSA certification, ICAO certification, and its not being EU allowed. These boxes not being checked may point to travel advisories cautioning against Iraqi travel as well.

The airline has not had any recent plane crashes, but least 14 Iraqi Airways flights crashed from 1955 to 1991 according to the Aviation Safety Network. One crash in December of 1986 resulted in 63 fatalities, but since no accidents have occurred in the last 10 years, the airline’s fatality category is not currently affected.

Kam Air is based out of Afghanistan and received a two-star rating.

According to Aviation Safety Network, Kam Air has had two crashes — one in 2004 and another in 2005. The 2005 crash, operated by Phoenix Aviation for Kam Air, resulted in 105 fatalities.

So, what gives this airline a two-star rating? Well, it missed points for not having IOSA certification or ICAO certification, and not being EU allowed.

A Thai airline lands on this list for a second time. Nok Air has a two-star rating and as previously stated in regard to AirAsia Thailand, the FAA safety rating regarding the safety of all Thai airlines adversely affects Nok Air as well. The only check marks on the list for this airline reflect it being EU allowed and fatality free.

Also on the list of things this airline doesn’t make the cut for are IOSA and ICAO certification.

None of these ratings guarantee danger while flying with these airlines, but it is best to practice caution. Remember to research any airline on AirlineRatings.com and do a quick Google search for additional information. More information about AirlineRatings’s criteria, including an in-depth explanation of each of the five factors, is available here.

Curious about last year’s worst airlines list? Check out our article on the world’s five most dangerous airlines in 2018. 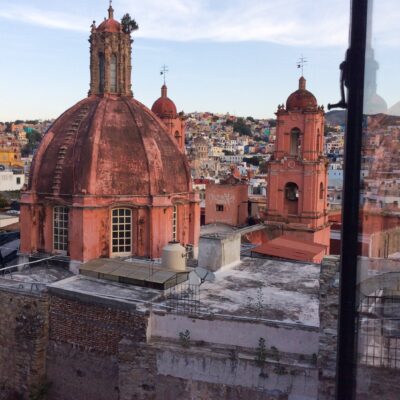 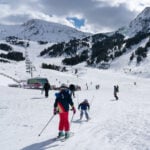