Everything You Need To Know About Visiting Pearl Harbor National Memorial

No visit to Hawaii is complete without a day trip to Pearl Harbor National Memorial. It’s a somber break from the beach, but it’s well worth it to pay tribute to those who made the ultimate sacrifice during the 1941 attack that marked the beginning of America’s involvement in World War II. Here are some important things to know about the memorial — and a few reasons why you should make time to visit this remarkable place.

Pearl Harbor is located on Oahu’s southern shore, 9 miles northwest of Honolulu. If you’re staying in Honolulu or near Waikiki, it’s about a 25-minute drive away, straight up I-H-1. Public transportation is easy, accessible, and cheap ($5.50 for a day pass; $2.50 one way) on TheBus; however, expect to spend about an hour on board with all of the stops. You can also buy a tour package that includes tickets to the site plus transportation from your hotel, or ask your hotel if they offer a shuttle; many on Oahu do. Of course, rideshare options are also plentiful on the island.

There Are 4 Different Museums

Pearl Harbor, which was attacked by Japanese kamikaze pilots on December 7, 1941, is now a memorial to the 2,403 sailors, soldiers, service members, and civilians who lost their lives in the attack. While most of us associate the site with the USS Arizona (more on that in a moment), there’s much more to this hallowed place. In fact, the Arizona is only one of four different sites at the Pearl Harbor National Memorial.

At the Battleship Missouri Memorial, located on nearby Ford Island and accessible by shuttle bus, you can tour the ship where Japan surrendered, ending World War II.

At the USS Bowfin Submarine Museum & Park, you can see what life was like deep under the sea during the war. The Bowfin was launched one year to the day after the attack on Pearl Harbor and was nicknamed the “Pearl Harbor Avenger,” so it’s fitting that it is now permanently housed at the Pearl Harbor National Memorial.

The Pearl Harbor Aviation Museum, the area’s newest historic site, focuses on the battles that took place in the skies during World War II. You’ll get to check out vintage warplanes and other exhibits.

While visiting the USS Arizona and the visitor center is free (but does require tickets and a $1 reservation fee), there are admission fees at the other three museums. If you want to make a full day of Pearl Harbor and tour all four sites, your best bet is to purchase a Passport to Pearl Harbor, which costs $89.99 for adults and $44.99 for children. It covers entry to all of the museums.

The USS Arizona Is A Must-See

The most moving part of any visit to Pearl Harbor is ferrying from the visitor center to the USS Arizona. The battleship was bombed 15 minutes into the attack, and 1,177 sailors and Marines were killed onboard. More than 900 of them could not be recovered and remain on the ship, submerged in 40 feet of water near the coast of Ford Island.

The USS Arizona Memorial was constructed on top of the sunken ship in 1962. It honors the crew of the USS Arizona as well as the other service members and civilians who were killed in the attack. You can clearly see the outline of the battleship in the waters below, and you’ll be struck speechless by the names of the fallen on the marble wall — and by the oil that still seeps from the wreckage today.

The USS Arizona Memorial Program lasts 45 minutes and is facilitated by the National Park Service in partnership with the US Navy. Programs run daily, every 30 minutes from 8 a.m. to 3:30 p.m. It includes the US Navy-provided boat shuttle to the memorial, time on the memorial, and a return trip back to the visitor center. They are capacity limited, so you will want to reserve your tickets in advance. It’s also important to keep in mind there are no restrooms on the shuttle boats or the Arizona, so plan accordingly.

It’s impossible to visit Pearl Harbor and not be struck by the incredible weight of what happened here, and what the tragedy ultimately meant for America. We had a hard time reconciling the natural beauty of the place, with its swaying palm trees and sparkling seaside, with the ugliness and awfulness of the surprise attack that shook our country to its core.

Expect to become emotional, even if you don’t typically wear your heart on your sleeve. We saw families who were clearly personally connected to the victims: Many brought flowers; others pointed out names on the memorial wall. We were especially moved by the small, newer list to the front of the wall. Our guide told us that these were the names of Pearl Harbor survivors who had chosen to be interred with their comrades who died on that fateful day. Navy and Park Service divers delivered their ashes directly to the USS Arizona, a poignant indicator of how the event forever haunted and changed those affected by the attacks.

We were also moved to tears by the Remembrance Circle, the outdoor exhibit that pays tribute to the men, women, and children — military members and civilians — who lost their lives that day.

Our advice: Bring tissues and large sunglasses. You will likely need both during your time at Pearl Harbor.

It’s Best To Plan Ahead

There are a few choices you’ll need to make before your visit, and it’s important to plan ahead. The Pearl Harbor Visitor Center and the documentary about the attacks are free, as are the ferry ride and visit to the USS Arizona. However, you must present a ticket issued by the National Park Service. The tickets are issued for specific time frames and are given out on a first-come, first-serve basis. Consider booking them in advance online to make sure you can access the sites on the day you want to visit. The no-cost experience (movie, ferry, and Arizona stop) takes about 90 minutes.

If you decide to go for the other three experiences, plan on spending the entire day at Pearl Harbor. You will need the Passport to Pearl Harbor mentioned earlier, which can be purchased at the visitor center.

We opted to explore only the visitor center and the USS Arizona, since we had a flight to catch. We wish we had had more time to explore, but we were so glad to have seen the memorial.

There are several concession stands and cafés around the memorial to keep you fueled for the day. Because it is still a military base, bags are not allowed. Keep them in the trunk of your car or stash them in lockers at the visitor center. And don’t forget the sunscreen!

Why You Should Go

A visit to Pearl Harbor can be overwhelming and emotional. But there are several reasons why it’s worth putting the beach on hold for a few hours — or even a whole day — during your vacation in Hawaii.

The attack on Pearl Harbor took place before many of us were born. That’s why it’s important to see the place where it happened and learn firsthand about the people it affected. The exhibits at the visitor center do an excellent job of capturing the sorrow and portraying the patriotism that Americans felt after the event and at the onset of the war. While younger generations might not be able to directly relate, a visit to Pearl Harbor will give them a better understanding of the challenges their grandparents or great-grandparents faced during this tumultuous time.

In 1948, after the Allied powers had won World War II, Winston Churchill told Britain’s House of Commons that “Those who fail to learn from history are condemned to repeat it.” By taking in the lessons that places like Pearl Harbor offer us, we’ll never forget the events that have shaped our country. And that’s far more important than any afternoon at the beach.

Going to the islands? These are The 18 Best Places To Visit In Hawaii, Pearl Harbor included. 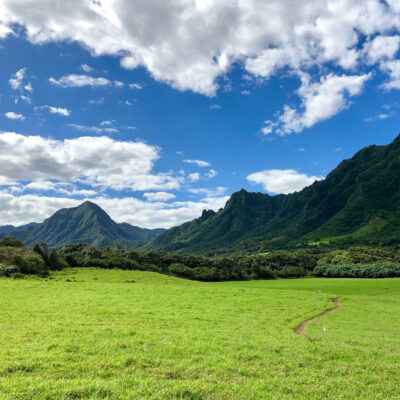 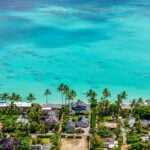 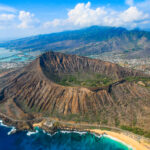 Oahu7 Things You Need To Know Before Visiting Diamond Head On Oahu, Hawaii 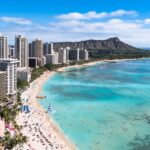