Visiting Gettysburg: 10 Things To See And Do On Your First Trip

There comes a point in every Civil War buff’s life when they simply must make the pilgrimage to Gettysburg National Military Park, the site of the battle that changed the tide of the war — and of American history at large.

Not coincidentally, there comes a time in every Civil War buff’s family’s life when they have to figure out what to do in rural Pennsylvania while their favorite amateur military historian doubles back to Cemetery Ridge for the 14th time.

Luckily, Gettysburg lies in beautiful Adams County, about two hours north of Baltimore and three hours from the nation’s capital. There’s plenty to do in the region, whether you’re there for the history or just for a summer getaway. Here are 10 things every visitor should put on their travel itinerary when they head to Gettysburg.

First Off, Get Your Bearings

The Gettysburg Museum and Visitor Center should be your first stop in the region. Here you can find information on the events and attractions the modern city has to offer, while also kicking off your exploration of Civil War history in an elaborate museum. Learn about the causes of the Civil War, as well as the role the Battle of Gettysburg played in the broader conflict — all for a $9 entry fee.

The dramatic Battle of Gettysburg Cyclorama is located here as well. French artist Paul Philippoteaux spent months on the battlefield researching the battle and interviewing soldiers before setting brush to paint. He then spent a year painting this beautiful piece of art, which is longer than a football field and taller than a four-story building. The Cyclorama is an incredibly popular attraction, so you do have to purchase tickets to view the exhibit.

Snap A Selfie At Pennsylvania’s Most Historic Covered Bridge

If you need a moment of relaxation during your trip, be sure to stop and take a break at the Sachs Covered Bridge, Pennsylvania’s most historic bridge. This 19th century structure was used by both Confederate and Union soldiers before, during, and after the fighting at Gettysburg.

The 100-foot-long bridge sits over Marsh Creek, and it couldn’t be easier to reach. It’s just about 10 minutes south of the city center by car. Enjoy a peaceful respite from your other planned activities in the shade of this picturesque attraction. Visiting the bridge is free, and it’s only open to pedestrians, making it the perfect spot for an afternoon picnic or to watch the sunset.

If you happen to have an interest in the supernatural, the bridge is also said to be one of the most haunted places in the country.

Travel back in time and learn what it was like to live during the Civil War from a civilian’s point of view. The Shriver House Museum is a beautifully and authentically restored 1860 home. Actors in period attire lead you through the home, describing in detail the Shriver family’s experience of the Civil War and the Battle of Gettysburg.

The Shriver home sat empty for 30 years before restoration began. Today, the home looks almost exactly as it did in the 1860s. Opt for the full tour; you’ll get to see every room in the house, including the sharpshooter’s nest in the attic. (It’s hard to avoid military history in Gettysburg.)

The tour takes about 30 minutes, but you should allow additional time to stroll the grounds and to visit the museum and gift shop. Tour times change with the seasons, so be sure to check the official website when planning your trip.

See What It’s All About: The Battlefield And Monuments

To truly experience Gettysburg, you must tour the battlefield. Scattered throughout this massive plot of land are up to 1,400 monuments and statues commemorating soldiers from both armies, as well as markers for important battlefield moments.

To get the most out of your experience, be sure to hire a licensed tour guide. Around the turn of the 20th century, Gettysburg became a popular travel destination. Not all of the tour guides in the area were on the up-and-up, and it became clear that the national military park needed a plan to ensure that only accurate, verified information was given during tours. So in 1915, the United States government established guidelines and a test for anyone who wanted to lead tours of the area. These licensed guides are still around, and they offer the most accurate and informative experience of the battleground.

Be sure to look for the markers that memorialize the conflicts at Seminary Ridge, Cemetery Ridge, and Oak Ridge. The Battle of Gettysburg began at Oak Ridge, which is now home to the Eternal Light Peace Memorial, another must-see in the park. Incidentally, Oak Ridge is a great place to watch a gorgeous sunset.

Venture To The Heart Of The City

You can’t make a trip to Gettysburg without checking out a few top spots for food, and many of them reside in the city itself. The Gettysburg Farmers’ Market is the best place to grab local food, crafts, baked goods, and wines. The market season extends from the end of April to the end of October, during which time the market is open every Saturday morning from 7 a.m. to 12 p.m.

If you’re staying in town on a Saturday, you can’t miss it; the market is located in historic Lincoln Square at the heart of the city.

Speaking of Lincoln Square, it’s stuffed with restaurants, unique places to stay, museums, and shops. Stroll through Dirty Billy’s Hats to see some handcrafted, museum-quality headwear. Booths at the Antique Center are filled with tons of Civil War-era antiques for you to peruse. Don’t forget to grab a bite at the Lincoln Diner or Ernie’s Texas Lunch.

Visit The Center Of Healing

After the Battle of Gettysburg, attorney David Wills helped tend to the wounded, bury the dead, and lobby for farmers who experienced property damage during the battle. President Abraham Lincoln was in Wills’s home when he put the final touches on his Gettysburg Address.

Wills wanted to help heal the area after the devastation of battle, and his home was a hub of recovery once the fighting was over. It was at his home that the idea for a national cemetery came up for the first time, with Wills eventually overseeing the construction of what would become the Soldiers’ National Cemetery.

In 2009, Wills’s home opened to the public as a museum honoring the work he did. It’s well worth a visit. The museum contains six galleries that tell the story of the Gettysburg Address, as well as exhibits about Wills’s life and the process of building the cemetery. Admission to the museum is $7 for adults, but the hours change seasonally. Check the site before planning a visit.

Governor Andrew Curtin was not happy with how these remains were being treated, so he worked with local citizens to build a special cemetery for these soldiers.

The Soldiers’ National Cemetery was built on Cemetery Hill, which was a key part of the battlefield. During the dedication on November 19, 1863, President Lincoln was invited to say a few words, and this two-minute speech became known as the Gettysburg Address.

The cemetery is located within Gettysburg National Military Park and is open daily from dawn to sunset. No vehicles are permitted in the area, and it is always free to visit.

Climb One Of The Most Famous Hills In U.S. History

Little Round Top is the second-highest vantage point of the Gettysburg battlefield. This rocky hill was an important spot for the Union army and was the scene of an intense fight during the second day of the battle. On this hill, you reach a beautiful vantage point with views across the whole field. The perspective allows you to truly understand the challenges the terrain itself presented for both sides of the conflict.

During the battle, the Union troops on this hill were flanked by the Confederates and became sitting ducks for the sharpshooters, who were hiding in the adjacent rocky area (a spot known as Devil’s Den). The Union army was able to defend and hold the hill — at great cost — and now you can explore the small peak on your own.

Little Round Top is located in the southern portion of the battlefield, and you’re free to visit any time the park is open.

Learn Your History From The Window Of A Bus

If you’re feeling a little overwhelmed by the thought of touring the battlefield on your own, take advantage of a bus tour. These excursions are ideal for history buffs who may not relish the idea of walking everywhere in the sprawling park.

Book a bus tour to see significant battle sites while a licensed tour guide describes historic events in great detail. The tours last about two hours, and you get to enjoy the spaces in the comfort of a double-decker, air-conditioned bus.

It’s a good idea to reserve your spot and purchase tickets at least a day in advance, either online or at an official ticketing outpost. Tours start at $35.

While this event only takes place on one weekend in July, it’s definitely worth seeing. Every year on the anniversary of the Battle of Gettysburg, the community performs a detailed reenactment of the fight — but that’s not all.

Visitors can walk through the staged military camp and interact with reenactors. This is an unbelievable family event that is both fun and educational. General admission for a single day is $39, and a three-day pass costs $99. 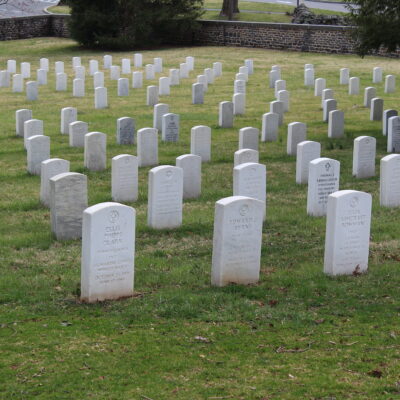 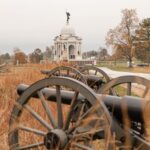 GettysburgFusing The Old And New: The Best Things To See And Do In Gettysburg 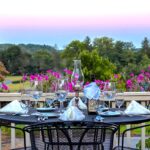 GettysburgEating And Drinking In Gettysburg: 15 Places To Try 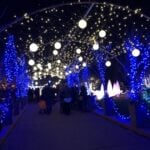