How To See A Tokyo Baseball Game And What To Expect

Even if you’re not a big sports fan, a Tokyo baseball game offers a thrilling experience that you’ll never forget. You’ll join thousands of Japanese fans as they support their team — and in Japan, that doesn’t mean throwing on a cap, grabbing a hot dog, and ignoring the game for the first seven innings. While the people of Tokyo are often quiet and reserved in public spaces, that changes in the frenetic atmosphere of the ballpark.

If you’re considering attending a Tokyo baseball game, here’s everything you need to know to make the most of the experience.

What Baseball Teams Play In Tokyo?

The highest level of Japanese baseball is Nippon Professional Baseball (NPB), which consists of two leagues, the Pacific League and the Central League. It’s comparable to Major League Baseball (MLB) in the United States, and many of the teams have several former MLB players on their rosters.

Each NPB league has six teams, and two of those teams are based in Tokyo: the Tokyo Yakult Swallows and the Yomiuri Giants. Three other teams are close enough to Tokyo for a day trip: the Chiba Lotte Marines, the Yokohama DeNA BayStars, and the Saitama Seibu Lions.

Of these teams, the Yomiuri Giants are the most popular. They’re sometimes referred to as the New York Yankees of the NPB due to their winning history and large fan base. They play home games in the Tokyo Dome, which makes them a safe ticket for Western tourists (since rain won’t cause a cancellation or delay).

Yomiuri Giants tickets can be expensive, and if you’re on a budget, Tokyo Swallows tickets might be a better option. The Swallows play their games at Meiji Jingu Stadium, which is within walking distance of the Tokyo Dome. It’s an open-air stadium, so you’ll want to check the weather when purchasing tickets.

When To See A Baseball Game In Tokyo

The NPB baseball season typically starts in late March or early April and concludes with playoffs in October (as with the MLB, exact opening dates and playoff dates change from one season to the next). Games occur almost every day, but most teams take Mondays off. There are a total of 146 games per year.

As with American baseball games, the most exciting contests typically occur at the beginning and end of the season, but Japanese crowds make the game fun even in the dog days of summer. You can grab a ticket any time and enjoy the experience. However, if you’re buying tickets to a big game — such as opening day, or any playoff game — you’ll want to buy as early as possible. Fortunately, that’s a fairly easy process.

How To Get Tickets For A Baseball Game In Tokyo

While you can buy your tickets at the stadium, sellouts aren’t unheard of. All NPB teams have English websites, although some have significant translation issues. We purchased tickets on the Tokyo Yakult Swallows website, which wasn’t exactly a straightforward process; however, if you’re patient enough to read carefully, you won’t have a problem.

Per an email we received after making the purchase, we’d have received a full refund if our game had been rained out. We picked up our tickets from will call without issue; the ticket attendants asked for our names, and we were on our way into the stadium.

If you have trouble with team websites, you can use a third-party site that caters to Westerners. Sites like Voyagin feature a more streamlined ordering process, but if you use them, be prepared to pay more for your tickets.

If you’d prefer to wait, you can usually buy tickets at the gate, particularly if you’re seeing the Swallows (we’re told the Yomiuri Giants sell out more frequently). As a last resort, you can always get tickets from scalpers (yes, scalpers exist in Japan), but of course, you’ll pay for the privilege.

A word of warning: NPB stadiums have dedicated sections for visiting fans. If you’re planning on rooting for a particular team, make sure you’re sitting in the right section. Otherwise, you might find yourself decked out in Yomiuri Giants gear while sitting next to dozens of unimpressed BayStars fans.

What To Expect From A Baseball Game In Tokyo

The experience of watching a baseball game in Japan is substantially different from the experience of watching an American game. Generally speaking, Japanese baseball games move faster; tie games can occur, except under special circumstances in the playoffs, and game lengths are usually limited to 12 innings. That being said, it’s still baseball, and baseball is a fairly slow game, so expect to spend 3 or 4 hours at the ballpark.

In general, we found Japanese fans to be more attentive than their American counterparts; we didn’t see a single person gazing at a phone when teams had scoring opportunities, and all of the fans in our section seemed invested in every at-bat. By the end of the game, we were cheering loudly for our team — and we still look for Swallows highlights on YouTube on occasion.

In Japan, there’s an emphasis on fan safety that might seem unusual to Westerners. Large nettings cover most areas where fans sit, protecting against hard-hit foul balls. When a pop-up heads toward the stands, you might hear a loud whistle, which warns you to watch out.

Just as you’d find a variety of food options in a modern MLB stadium, you’ll have no shortage of options at an NPB game. American classics like hot dogs and burgers are available, along with bento boxes filled with sushi and other traditional Japanese fare. The food attendants are polite, and they deal with foreigners regularly; if you don’t know the Japanese word for an item, you can simply point at a picture on the menu.

As in the United States, food and drinks are significantly more expensive once you’re inside the ballpark. However, many stadiums will allow you to bring food and drinks — including alcoholic beverages — into the park. You’ll have to transfer alcoholic drinks into paper cups at the gate (the park staff will give you some direction here).

Most stadiums will also allow visitors to bring one or two snacks, so if you’re hoping to save money, stock up on your way in. If you don’t bring your own stuff, don’t worry. Concession attendants (typically young women) walk the park, offering beer, soda, and other treats. When paying, don’t tip them, since it isn’t customary in Japan.

If you have dietary restrictions, we recommend carrying a card that explains your needs. JustHungry offers a variety of free printable cards here.

All NPB teams have special team songs, and in some cases, several songs. The fans around you will start singing occasionally. Don’t worry if you don’t know Japanese — you won’t feel out of place if you simply clap along and cheer at the end of the tune.

Other celebrations help to enhance the experience. Tokyo Swallows fans are famous for their umbrella dance, performed after their team scores a run. It’s something to behold, particularly for Western baseball fans who aren’t used to large choreographed celebrations (other than the Wave).

Some teams also release balloons called jet fusen during the seventh-inning stretch. This tradition makes for a colorful display — imagine 40,000 balloons drifting into the open air all at once — but it’s gradually falling out of fashion in Japan due to health concerns. Nevertheless, if you see the people in your section pulling out balloons, get your camera ready.

Because Japanese fans are typically very invested in their teams, it’s a good idea to pick up some team gear on your way into the ballpark. You’ll find stores selling merchandise outside every stadium, and you can pick up a cap for $20.

Whether you’re traveling alone or with family, a Tokyo baseball game makes for a memorable excursion. Go with an open mind and allow yourself to let loose; you’ll learn a bit about modern Japanese culture, enjoy some great comfort food, and maybe even learn a song or two (if you can track down the English lyrics). You’ll certainly leave with a new appreciation for one of Japan’s most popular sports. 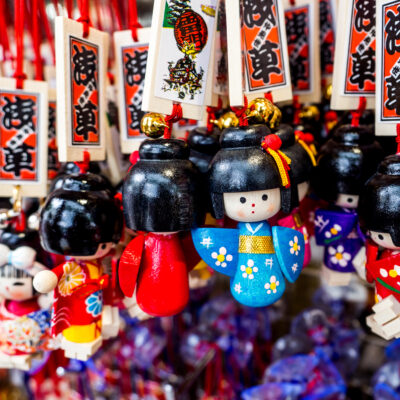 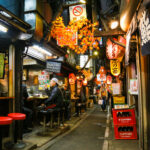 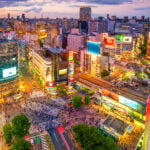 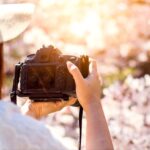 Tokyo6 Places To Take An Amazing Photo In (And Around) Tokyo