South Korea has great food, fascinating culture, and stunning nature. But the more unusual attractions may be the ones you should make time for.

Yongma Land opened in 1983 and enjoyed almost three decades as a small, moderately successful family theme park before being shut down in 2011. With other, bigger amusement parks becoming available to Koreans, profits dwindled and the small neighborhood park became a relic of the 80s and 90s. Nowadays, the rides are still there, but the park is run down and dilapidated, giving the place an eerie, nostalgic feel.

Abandoned theme parks have gained some popularity in recent years due to the opportunities they present for photography and exploration. However, unlike several others, Yongma Land does not require you to jump over a fence or creep through a hedge to gain access: the owner will let you visit and roam the park at your leisure for 5,000 won (under $5), and he will even light up the old carousel for you for 30,000 won. The park has become a bit of a hotspot for photoshoots, but it remains a relatively quiet attraction and a great option for a one-of-a-kind visit in Seoul. Just don’t forget your camera.

2. Have A Cup Of Coffee Inside A Giant Camera

Speaking of cameras, why not grab a drink inside one? Another great visit for photography enthusiasts, the Dreamy Camera Cafe is located in a village on the outskirts of Seoul. It is a slightly surreal sight, constructed to look exactly like a vintage Rolleiflex camera, with its iconic two lenses functioning as two large bay windows on each floor. These windows open out onto a beautiful view of the Korean countryside and mountains.

The theme continues inside, with a decor fully dedicated to photography, including a collection of vintage cameras and small touches like film reel paper towel dispensers. The owners, a local couple whose house sits next to the giant camera, built the Dreamy Camera Cafe as a place where people could “visualize” and share their dreams. They invite every guest to take a photo and write down their dreams next to it; the cafe’s walls are lined with these dreamy images.

The Tripitaka Koreana is the largest and oldest version of the complete Buddhist canon, carved into over 80,000 wood blocks. It is notable for its size and cultural significance, but also for having absolutely zero mistakes. A first version of the Tripitaka Koreana was carved in 1011 AD but was destroyed; the version we have now dates back to 1237. It took 12 years and a huge workforce of scholars and carvers to complete.

This exceptional collection is housed in Haeinsa, a famous Buddhist temple located in Gayasan National Park. The halls housing the blocks make up one of the largest wooden storage facilities in the world, and everything inside was perfectly engineered to survive the ravages of time and the elements.

Amazingly, the Tripitaka Koreana has survived multiple fires and invasions and was saved from a bombing in the Korean War by a pilot who disobeyed direct orders to save the contents of the temple.

4. Visit A Cavernous Gold Mine

Hwaam Cave in Jeongseon is a former gold mine and the largest limestone cave in Asia. As well as being a fascinating natural site where you can witness huge stalactites and stalagmites, it is a one-of-a-kind museum exploring the intricacies of gold mining and the history of the cave. At some points, the visit becomes slightly garish and jarring: expect bright colorful lights and statues of cartoon goblins. However, it remains a great attraction for those interested in natural formations and mining.

Jeongseon is quite an isolated area, a three-hour bus ride away from Seoul. The entrance to the cave is accessed by a monorail, which for a small extra fee will save you a 700m uphill walk.

5. Make Your Way Along A North Korean Tunnel

The visit to the Korean DMZ (Demilitarized Zone) is relatively popular. It can easily be done in a day, since the border is terrifyingly close to Seoul. These visits will most often take you to locations such as the “truce village” of Panmunjom, where the treaty that instigated the Korean War ceasefire was signed, and the Joint Security Area, which is still used for negotiations between the two Koreas.

Lesser-known features of the DMZ that you can also visit are the North Korean “Tunnels of Aggression,” a name given by South Koreans when they were discovered during the 70s. It is believed that they were designed to sneak armies into the South and attack Seoul, although North Korea has long denied this. In fact, when the Third Tunnel was discovered, North Korea claimed it had been a coal mine; however, there is no evidence of coal in the region.

The visit to the Third Tunnel is the most popular. It takes you from a gift shop, deep underground, and through the long tunnel, ending at a concrete barrier representing the border. It is a must-see for history and war buffs, but is probably best avoided by claustrophobics. 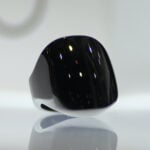 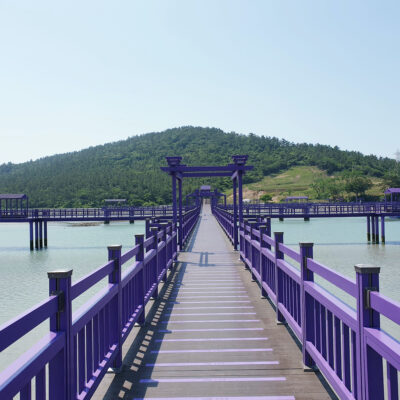 South KoreaAlmost Everything On This Island Is Painted Purple 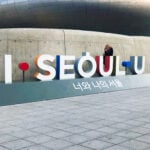