Almost every major city in the world has a zoo. At their best, zoos provide a home to animals in need, bring us closer to the natural world, and inspire appreciation for our cousins in the animal kingdom. Here are some zoos you should definitely hit up if you happen to be in the neighborhood.

The Wellington Zoo originally opened in 1906 as New Zealand’s very first zoo. It is dedicated to preserving species that are native to this isolated string of islands. That includes the endangered national bird, the Kiwi, as well as Sumatran tigers, the miniature Sun Bear and other animals from the wider Pacific rim. In total, the zoo covers 32 acre; more than 500 animals call it home. The staff are committed to maintaining comfortable, sustainable habitats for the animals in order to ensure they live as happily as possible. As a result, the zoo is frequently recognized for its use of green technologies and sustainable resources when it comes to animal handling.

The Berlin Zoo and its aquarium are home to over 17,000 individual animals. It is the oldest and still the most-visited zoo in Germany. The zoo was originally created from the personal menagerie of King William IV of Prussia, but many of those animals tragically did not survive World War II. However, a pair of lions, some hyenas, a bull elephant, almost a dozen baboons, and a chimpanzee did survive, and the zoo continued to thrive. More natural enclosures and conservation efforts, as well as gifts from foreign dignitaries, helped turn the zoo into what it has become today: one of the most popular attractions in all of Berlin.

Planning a German excursion? Check out From ‘A’ To ‘Zeppelin’: 15 Things To Do In Germany.

The Warsaw Zoological Garden is a scientific zoo located along the Vistula River. Covering about 40 acres it’s home to over 4,000 animals from 500 different species. An interesting fact about this zoo is that it once served as a hiding place for Jews and other escapees of the Warsaw Ghetto during the Nazi occupation of World War II. The zookeepers of the time, a husband and wife team named Jan and Antonina ?abi?ska, were responsible for saving the lives of hundreds of Jewish people, and were later recognized by the state of Israel for their good deed. The Zookeeper’s Wife, a movie about the ?abi?skas, was released in 2017.

The Warsaw zoo was temporarily closed during the war, but it reopened in 1949 and has been one of Europe’s most popular zoos ever since.

The Beijing Zoo was established in 1906 during the late Qing Dynasty. The first animal to occupants were monkeys, parrots, and an emu. It is now home to 950 different species, many of them rare species native to China that you aren’t likely to see anywhere else in the world. This includes giant pandas, Chinese alligators, Chinese great salamanders and South China tigers. More than six million people visit the Beijing Zoo every year. Like many of Beijing’s other parks, the grounds are designed to resemble classic Chinese gardens.

Thinking about visiting China? Check out Fulsome & Forbidden: 11 Things To Discover In China.

The Philadelphia Zoo was the first public zoo in the United States. It was chartered by the Commonwealth of Pennsylvania in 1859, but the American Civil War delayed the opening, pushing it back to 1874. It opened with around 1,000 animals and an original admission price of 25 cents. It is now the home of one of the best primate exhibits in the world. The exhibit includes many rare species, including Silverback gorillas, Sumatran orangutans and gibbons.

The Zoo Basel, formerly known as the Basel Zoological Garden, is a nonprofit zoo located in downtown Basel. It is both the oldest and largest zoo in Switzerland, hosting over 600 different species. Some of the rare animals you will find living here include the Pygmy hippopotamus, okapi, and Indian rhinos. Basel is known as the site of the first birth of an Indian rhino in captivity. Their rare breeding program is also reputed to be one of the most successful in the world.

The San Diego Zoo covers 100 acres and shelters around 4,000 individual animals from 650 species. It is known for being a pioneer in creating open-air, cageless exhibits that aim to recreate natural animal habitats as accurately as possible. You can see many exotic creatures here, such as giant pandas, leopards, koalas, elephants, and Chinese alligators. The zoo’s botanical garden has more than 700,000 plants, and you can get a bird’s eye view of the entire park by taking a ride on the Skyfari Aerial Tram. The zoo also hosts a conservation and research institute.

The Melbourne Zoo, officially known as the Royal Melbourne Zoological Gardens, opened in 1862 and is the oldest zoo in Australia. It was modeled after the London Zoo and is home to over 320 different species. This includes species that are native to Australia as well as their cousins from all around the world. Their Australian exhibit includes kangaroos, koalas, wombats, echidnas and more! 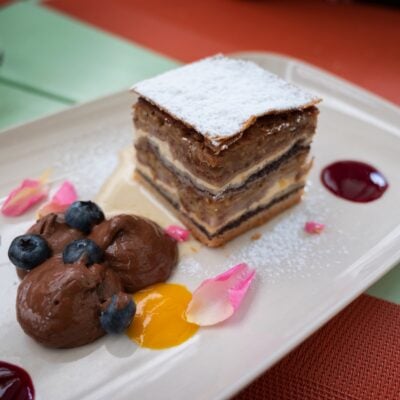