Why To Retire In Mexico

Did you know over 1.5 million Americans now live in Mexico? This country is ideal for retirees looking for year round warm weather coupled with an extremely low cost of living. Plus, the proximity to the United States makes it very convenient to visit family and friends back at home. Mexico provides national healthcare to its residents, but even paying for medical services out of pocket is a fraction of the cost in the states. Stretch your retirement dollars, fill up on the flavorful cuisine, and enjoy the beach life in Mexico!

Retire In Mexico: Things To Know

Mexico has a beautiful, tropical climate, with a rainy summer season and dryer winter months. The country sees its temperatures average between 70 to 90 degrees Fahrenheit throughout the year.

Mexico residents experience a heavy rainy season throughout the country, but particularly in the more tropical southern parts. The west coast tends to stay more arid than the rest of the country.

Retirees looking to settle down in Mexico have a few different options when it comes to visas. A popular option is the tourist visa, which allows for 180-day stays in Mexico. Once this time is up, individuals then make “visa runs.” During visa runs, people will leave the country for anywhere from a few hours to a few days, and upon return, can begin another round of a stay.

Another visa option is the “temporary residency” visa. Applicants must provide proof of earning a minimum of $1,620 of retirement or pension income per month in order to qualify.
More information can be found here.

Throughout the country, buses are the most common form of transportation, for both short and long-distance travel. Bigger cities, such as Mexico City, also have a popular metro system. Personal cars are also an option.

Mexico has a 3-tier healthcare system, with two services aimed toward either employees or underemployed residents, as well as a third service provided through private insurance. Individuals who choose to retire in Mexico usually end up receiving care from either the first or the third option.
More information can be found here.

Spanish is both the official and the dominant language in Mexico, but the common tourist cities feature English-speaking residents as well.

The legal tender in Mexico is the Mexican peso. A single U.S. dollar is worth roughly 20 Mexican pesos. 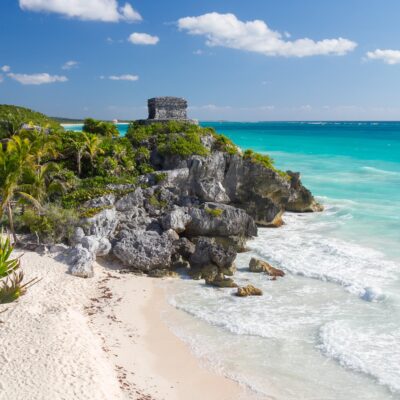 Mexico9 Reasons To Visit Tulum, Mexico In The WinterPristine beaches, delicious food, and historic ruins are just a few of the reasons Tulum makes for the perfect winter getaway. 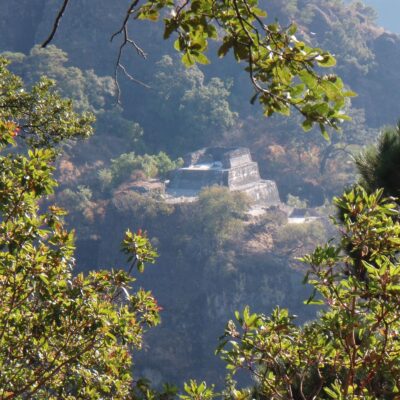 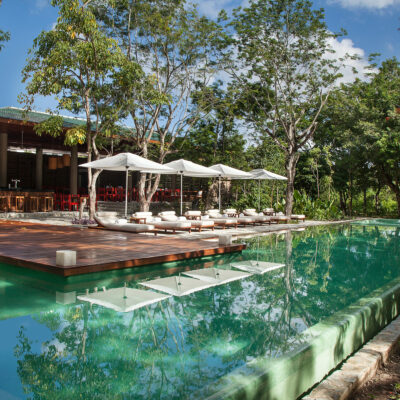 Cancun3 Recently Renovated All-Inclusive Resorts Perfect For Your Next Mexico VacationThese all-inclusive resorts in Cancun and Cozumel offer a wide range of different experiences, but all are beautiful, relaxing places to stay.
Connect With Fellow Travelers! Join Here