Why To Retire In France

Culturally, the French value their leisure time and pleasure more than work, making it the ideal fit for retirees looking to leave their careers behind. France also offers explorers the ability to experience a wide variety of landscapes, including beautiful beaches, forests, historical cities and monuments, and even the mighty Alps and Pyrenees mountains, all within a country the size of Texas. This country ranks in the top five in the world for its extensive healthcare system and all residents are entitled to their national medical coverage. Finally, foodies and wine connoisseurs will never bore thanks to the vast world-renowned French dining offerings.

Retire In France: Things To Know

France has a temperate climate, with distinctive patterns depending on location. Western France and its mountainous regions bring regular rainfall, with occasional snow, while the rest of the country experiences mild summers and cool winters.

During the winter months, France’s temperatures average in the 30s, while summer months experience 60-70 degrees Fahrenheit.

France does not have a visa specifically for retirees, but the process of obtaining a long-term residency visa is incredibly simple. Americans should apply at the French consulate, where they will be asked to provide proof of income. More information can be found here.

France is famous for its incredible public transit system, which serves almost every corner of the country. Buses, metros, and intercity trains make moving around the country a breeze. Personal cars are also a reliable mode of transport throughout the country.

France has what many consider to be one of the most advanced healthcare systems in the world. Even as a retiree, individuals are welcome to join the country’s national medical system. While healthcare is not free, the costs are minimal.
More information can be found here.

French is both the official and the dominant language in France. While the bigger cities and common tourist attractions will feature many English speakers, the majority of the country operates in only French.

As with almost every other country in the European Union, the official currency of France is the euro. 1 euro is worth approximately 1.15 U.S. dollars.

France5 Charming Small Towns In France You Need On Your 2023 Travel ListThese French villages will transport you to a different time and help you escape the hustle and bustle of France’s more popular cities.

Paris8 Fascinating Places To Visit In Paris For WWII History BuffsIf you’re a WWII history buff, then Paris has many fascinating destinations to explore. Read more for a list of eight great places to visit. 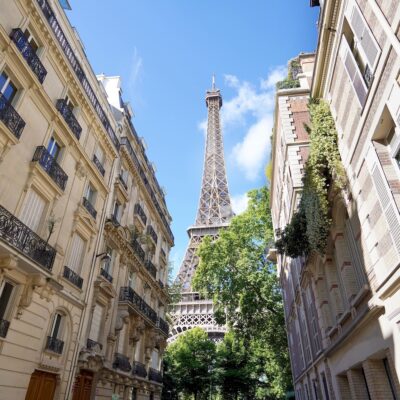 ParisThis Private Paris Tour Is Free — And PersonalizedTraveling to the City of Lights? Make sure you don’t miss out on this unique, private, and personalized tour of Paris. Read for details.
Connect With Fellow Travelers! Join Here