8 Fabulous Reasons Winter Is A Perfect Time To Visit The Brainerd, Minnesota Area 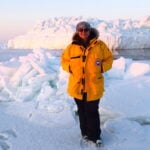 The landscape of northern Minnesota always makes me think of the classic flick The Great Outdoors, starring John Candy and Dan Aykroyd. Those towering spruces and wide-open spaces create the perfect setting for a much-needed getaway, although we can probably do without the hijinx of mischievous raccoons and bears with long memories.

While the movie takes place at the height of the summer season, winter is just as appealing, perhaps even more so, considering here in the heart of the North Woods, a blanket of white makes everything that much more magical. That’s why we’re headed to the Brainerd area — Minnesota’s bonafide winter playground!

Brainerd, Minnesota, and its surrounding lakes and woods first caught my attention a couple of years ago while searching for places that were within a day’s drive from home. At less than 6 hours from my Manitoba, Canada, home, Brainerd is a welcome addition to my list of 3-day weekend destinations! It was our last destination before the pandemic hit in March 2020 and our first after it ended in April 2022 when Canadians were able to cross the border.

Located between Minneapolis and the Canadian border, Brainerd shares the spotlight with its sister city, Baxter, together providing retail therapy, hotels, attractions, and dining options in an urban setting. It’s in the surrounding areas, like Crow Wing State Park, Nisswa, and Crosslake, that you’ll find even more to do, like meandering cross-country ski trails, posh lodges with outdoor hot tubs, and plenty of places to drop a line and try your hand at ice fishing.

Let’s face it. Not everyone is into the exhilaration that comes from frosty cheeks and tingling fingers. But nearly everyone can get excited about a hot tub, especially ones that are outside so you can breathe that fresh air while luxuriating in the warm water.

One glance at the exterior of Grand View Lodge near Nisswa, Minnesota, makes it a must-visit. Built in 1916 to house overnight guests interested in buying property on Gull Lake, the historic pine structure remains the focal point for resort life. It’s a beauty! But perhaps the best feature of Grand View Lodge is its giant outdoor hot tub, which stays open year round. It’s part of the NorthPark complex that includes massive indoor and outdoor pools.

In addition to the handful of historic rooms still available in the main lodge, Grand View has cabins, townhouses, villas, cottages, and suites in clusters around the original building — including modern rooms in a new boutique hotel called North. The massive lobby invites guests to lounge by the fire and grab a coffee, beer, wine, or light snack from Brew, the café on site.

Pro Tip: The Grand Breakfast buffet in the Heritage Room of the main lodge is easily one of the most impressive and delicious breakfast offerings I’ve experienced. When you book, look for specials that include this morning treat.

For those who don’t live in northern climes, it’s tough to believe that those sparkling lakes of the summer season freeze solid and still attract die-hard anglers. Ice fishing is huge in Minnesota, proven on the big screen in 1993’s Grumpy Old Men, when feuding next-door neighbors and retirees John Gustafson and Max Goldman take their battles to the ice in Wabasha, Minnesota.

Book an outing with one of the guides in the Brainerd area, who will supply licenses, rods, tackle, bait, shack, and cleaning services. Get ready to reel in bluegills and crappy, plus prized walleye and feisty northern pike. The Brainerd Jaycees Ice Fishing Extravaganza happens every January on Gull Lake and draws more than 10,000 participants who compete for more than $200,000 in prizes. It’s the world’s largest charitable ice fishing tournament.

Pro Tip: If the thought of dropping a line down a six-inch hole in the ice and waiting, waiting, waiting is not your thing, take a stroll on the ice through one of the ice fishing villages. They make great photography subjects, with crusty characters and creative shacks.

There is no shortage of trails in the Brainerd area to slide and glide on a pair of cross-country skis. The Brainerd Nordic Ski Club maintains and grooms three trail systems in the area, and rental shops can get you set up with what you need for a day’s outing. Many of the hotels and lodges also have their own groomed trails along with rentals to make things ultra-convenient.

For those who feel the need for speed, head to Mount Ski Gull in nearby Nisswa. Seven downhill runs with lifts plus a tubing hill make it a winter blast for one and all. If you’re a bit rusty, book a refresher lesson on a Saturday or Sunday. And if you’re 65 or wiser, skiing is free at Mount Ski Gull!

After they’ve had a snow-filled day, your crew might be looking for a change of pace, and Brainerd’s waterparks are just the ticket. Keep them busy at one of three area parks.

Rapid River Lodge & Waterpark has a heated pool, lazy river, and two large water slides inside the newly renovated hotel. Paul Bunyan Waterpark inside Arrowwood Lodge is considerably larger, with slides, a treehouse, hot tubs, a zero-depth entry pool, and an arcade. The waterpark is free for hotel guests and open to the public for a daily fee. Holiday Inn Express & Suites guests enjoy access to the Three Bear Water Park with its lazy river, gigantic splash bucket, and a 300-foot body slide that is very fast!

Just south of Brainerd is Crow Wing State Park, once site of a bustling community of 500 people along the Crow Wing and Mississippi rivers. The town died when the railroad chose to cross the river at Brainerd. The park has meandering self-guided trails and historic sites, including one building from the original settlement as well as a reconstructed boardwalk just like the one that ran across the front of several stores.

The entire park is open for snowshoeing and winter hiking with lots of interpretive signage that tells the story of this once-thriving community.

A 47-acre Northern Pacific railyard that got its start in the late-1800s Brainerd is now the Northern Pacific Center, home to event venues, restaurants, and shops, all housed in stunning historic buildings. An area called The Shoppes hosts a variety of local vendors, while freestanding stores like The Smokestack, a barbecue supply store, attract barbecue enthusiasts with grills from Pit Boss and GMG as well as a huge selection of brines, sauces, and rubs.

Pro Tip: Alissa of Native in The Shoppes combines Pendleton blankets with leather and cowhide to create stylish modern pieces, including a crossbody bag that includes fringed details and a canvas lining for a one-of-a-kind look.

The highlight of the winter season around Brainerd is the end-of-February extravaganza called the  Gull Lake Frozen Fore Winter Weekend. Polar plungers can sign up for the Frozen Flop, where brave, swimsuit-clad souls hop into the water through a hole in the ice, all in the name of charity. (A heated tent party follows with an ice bar, food, and live music.)

For duffers craving the summer sport, there’s a winter version here, where tennis balls are used instead of golf balls and snowmobiles take the place of golf carts. It’s a great way to see what nine different area courses look like during their winter sleep.

They say there’s something in the water that makes the Brainerd area a hub for cozy tap rooms and classy cocktail bars. Take your pick from more than a half-dozen breweries including Big Axe Brewing Co., Snarky Loon Brewing Co., and 14 Lakes Craft Brewing Company.

Five Rocks Distilling Co, makes Cold North Vodka, Lizzy’s Gin, and maple bourbon, for starters. Plus they have a cocktail room to serve up some innovative sips, including The Dirty Pickle and the grapefruit rosemary gimlet. Keep an eye out for special events where the distillery partners with local restaurants for cocktail dinners.

For more on the area, check out: 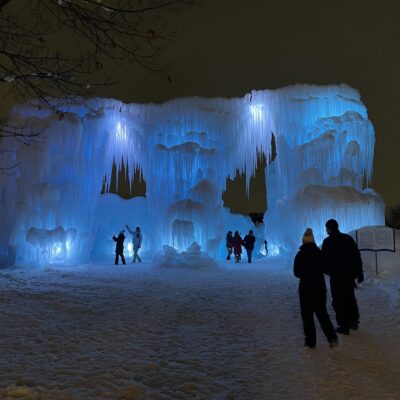 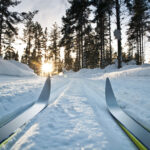 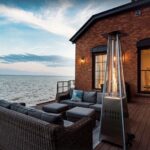