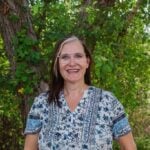 Jill Robbins
What Are Your 2023 Travel Plans?

While I normally avoid flying during Christmas week, last year I took a quick trip to Denver, leaving on December 22 and returning home on the morning of December 25. While my trip went smoothly and the things I feared going wrong did not go wrong, it opened my eyes to a variety of issues travelers could have when they fly during the holiday season.

My son and I decided to go skiing relatively last minute and flew from San Antonio to Denver. Our big family celebration is on Christmas Day and I booked the 7 a.m. flight home on December 25, which would get us home in plenty of time for the festivities.

My holiday flight experience, plus the experience I had a few months later when I did get stranded, inspired this piece. Here is what I wish I’d known — and what I want other travelers to know — before booking a Christmas flight.

1. You May Be Compensated If Your Flight Is Canceled Or Delayed

Read the fine print and make sure you understand what will happen if the airline cancels or changes your flight or if you cancel or change your flight. Will you get a full refund or credits toward a future flight? That’s important to know, especially if you rarely travel. Double and triple-check the fine print if you’ve booked a basic economy fare or a low-budget carrier.

I recommend having travel insurance or adding trip protection coverage to your flight. Whatever you purchase, understand what it does and doesn’t cover before your trip. I also recommend steering clear of booking flights through Expedia, Hotwire, and similar sites. While you can get some killer deals, it’s often a hassle getting customer service when something goes wrong. The airline might direct you back to the agency and the agency might direct you back to the airline, resulting in more work on your part to get rebooked or refunded.

The Department of Transportation has an airline customer service dashboard that’s a reference for what various airlines will and won’t compensate for in the event of a flight delay.

The bottom line is, don’t travel with expectations that the airline will put you up and feed you in the event of a flight cancellation or long delay. It doesn’t hurt to ask for hotel or meal vouchers but don’t rely on getting them.

If you haven’t embraced the use of travel apps, this is a good time to start. The airline’s app can store your boarding pass, eliminating the need to print it at home or stand in line to have someone print it for you. Most airlines have links to terminal maps and “Where’s My Plane” and chat features. Many airlines have entertainment portals with movies or television shows to watch in flight. You can also store payment information, which is handy for buying food and drinks on board, as many airlines are moving away from accepting cash.

Also download hotel apps, rideshare apps, and apps of other airlines. In other words, all the travel apps you hope you won’t need. You can delete them when you get home but if you have to scramble to get another flight or an unexpected room for the night, using the app is probably going to be faster than standing in line or waiting on hold.

Pro Tip: Make sure the airline knows how to reach you. Sign up for text and email alerts and turn on notifications in the airline’s app.

Holiday airfares are usually higher. While it is possible to snag those last-minute deals, most people desire to solidify their Christmas plans early. Travelers don’t want to risk not getting a seat on the plane so they book early, which doesn’t usually result in savings on airfare.

I’m not saying you’re never going to snag a good deal on holiday airfare, but airlines are typically going to take advantage of the demand for peak season and not roll out their bargain fares between Thanksgiving and New Year’s Day. My family and I are flying a few days before Christmas this year. We booked our December flight in mid-October, after watching the fare for two months. We kept hoping for the fare to decrease but it maintained and then went up.

While airfare deals are always out there, seats on planes are in high demand during the holidays and high demand can drive up prices.

If you’re flying to attend a holiday celebration or family gathering, I recommend making sure your plans are flexible. In other words, being late for church or missing dinner won’t feel like the end of the world. I recommend padding your travel schedule to get there a day early. This usually mitigates delays. If your plans to get there early result in getting there on time, it’s a win.

Our Christmas Day flight arrived at 9 a.m., which was plenty of time to get out of the airport and get where we needed to be. If we’d been late, my son and I would have missed a family lunch on Christmas Day. I accepted the risk of missing the gathering as the flip side to going skiing right before Christmas. We live near family and it wouldn’t have been catastrophic if two of us had missed lunch but if you’re traveling a distance to see loved ones you rarely get to see, a day-of arrival might be cutting it too close.

Adding layovers to your travel ups your odds of getting stranded somewhere you don’t want to be. When you take a direct flight, you only have to worry about one flight being on time. You’ll also reduce your risk of lost luggage, which is especially problematic if you’ve packed gifts in your checked bags.

Also, make sure you understand the difference between nonstop and direct flights. A nonstop flight is exactly what it sounds like — a flight between two points that does not stop. A direct flight is a flight between two points that stops for passengers and/or fuel. Passengers may or may not be required to deplane, but the flight number, boarding pass, and seat remain the same.

Look at your airline loyalty accounts as well as credit card perks to see if points or status may earn you an upgrade. This is also a good time to see if you have any benefits that are close to expiring, such as drink coupons or airport lounge passes. Think about cashing in your points for something that might make your flight more comfortable such as cabin upgrades to get more legroom or priority boarding. Some credit cards also offer discounts on pre-screening programs, such as Clear, to help get you through security faster.

TSA PreCheck and Clear are pre-screening programs that allow travelers access to shorter security lanes and exempt them from certain requirements, such as removing shoes and taking electronics out of their bags. Global Entry is a program that expedites entry into the United States for prescreened travelers. These programs can reduce the length of time you stand in line to get through security or immigration.

According to the TSA, approval for precheck typically takes three to five days but in certain cases, it can take as long as 60 days. TSA PreCheck is valid for five years and costs $78.

Clear registration is quicker and more expensive. The entire Clear process took me about five minutes at the airport during a non-busy time. If you’re signing up for Clear with the intent to use it over the holidays, I recommend starting the process online and completing it at one of the Clear stations in the airport. Clear is $189 per year but many credit cards and mileage loyalty programs offer discounts.

Global Entry’s application process takes around 90-days and requires an interview. The price is $100 for five years and grants access to TSA Precheck lanes as well.

While Clear’s price doesn’t make sense for someone who doesn’t travel frequently, I have seen them do on-the-spot free trials in the airport, so if the line is long and someone asks if you want a 30-day trial, say yes. Just don’t forget to cancel the membership if you don’t want to pay for the full year.

8. The Number Of Carry-On Bags May Vary By Fare Category

There’s no good time to have an airline lose your bag (or tell you it went somewhere different than you did) but the holidays are an especially inconvenient time to deal with the headaches that go with lost or delayed bags. The airlines cannot lose your bag if you do not give it to them.

Minimal travel is not for everyone. You may need to carry medications or other items that aren’t permitted in a carry-on bag. Make sure your fare category allows a carry-on roller board suitcase. If you book a bare-bones economy fare, you may forfeit the right to bring your suitcase on the plane.

Skipping the lines for check-in or baggage drop and bypassing the baggage carousel saves time, a huge benefit when the airports are busy.

Pro Tip: If you’re flying a budget airline, such as Spirit or Frontier, make sure you are aware of the dimensions for carry-on bags and whether you’ll be charged extra to bring one on board.

9. Airport Restaurants May Not Be Open

If you’re flying on a major holiday, don’t rely on airport restaurants and shops being open. No one plans on skipping a meal due to a delay but it happens. While a stash of granola bars and beef jerky might seem a poor substitute for turkey and pie, being hangry while you wait out flight delays will only make your situation feel worse.

Pro Tip: Grab a water bottle — make sure it’s empty when you go through security — and fill it at a bottle filling station inside the terminal. 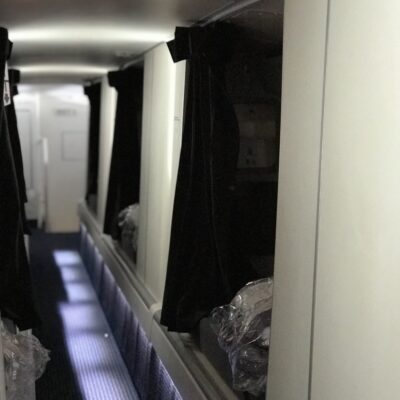 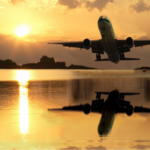