Nicknamed the Gateway City as a nod to its role in the westward expansion of the United States, St. Louis is home to a lot of “firsts” west of the Mississippi River. As Americans headed first toward the western edge of the Louisiana Purchase and then the West Coast, most roads went through St. Louis, shaping the city’s history and culture. Whether you’re a science lover, artist, or history fan, you’re sure to enjoy these one-of-a-kind museums in St. Louis.

Train enthusiasts will delight in seeing “Big Boy,” the largest successful steam engine ever built, along with box cars, baggage-mail cars, and a Chicago Transit Authority elevated streetcar. History buffs can admire a “Gooney Bird,” a twin-engine 1943 Douglass Aircraft used in the D-Day invasion of Normandy on June 6, 1944. There’s even a 19th-century horse-drawn milk wagon and an incredibly rare 1901 automobile constructed by the St. Louis Motor Carriage Company, the first successful automobile business west of the Mississippi River.

The National Museum of Transportation is open year-round from 9 a.m. to 4 p.m.

If planes are your transportation method of choice (or if you dream of being one of the next civilians to launch into space), you’ll love the Prologue Room. This unique St. Louis museum covers more than 100 years of aviation history and celebrates the pioneers who helped humans take flight. Located adjacent to the St. Louis International Airport at Boeing’s St. Louis headquarters, you’ll learn the history of St. Louis’s own McDonnell Douglas, which merged with Boeing in August 1997 to become one of the world’s largest aerospace companies. You’ll also get to examine large-scale models of today’s military aircraft, including the F-15 Eagle, F/A-18 Hornet, AH-64 Apache attack helicopter, and Air Force One.

St. Louis is second only to Washington DC in terms of free attractions, so it seems fitting that this admission-free museum is one of the few places outside of the National Air & Space Museum where visitors can observe actual-size Mercury and Gemini capsules.

Note: The Prologue Room is only open to the public during the summer months of June, July, and August.

In an unassuming brick building across the street from Saint Louis University, The MOTO Museum shares St. Louis architect Steve Smith’s private collection with visitors. With an emphasis on European motorcycle manufacturers from before 1975, the museum has restored bikes from over 20 countries, some dating back to the early 1900s.

Pro Tip: In addition to museums, here are several other things to do in St. Louis.

If you like country, rock and roll, or any other type of American music, the blues is the granddaddy of it all. And while there are many opportunities to experience the blues in New Orleans, Austin, and Nashville, the National Blues Museum in St. Louis is one-of-a-kind. After all, the blues is such an important part of St. Louis history that the city named its hockey team after the W. C. Handy song “St. Louis Blues”!

Wind through exhibits to explore 160 years of blues history, memorabilia, and tributes to blues legends, from backwater blues to west end blues and the electric blues. There’s even an interactive exhibit where you can write your own blues tune by dragging and dropping words and phrases into pre-metered sections. And be sure to download one of the museum’s recommended Spotify playlists before or after your visit!

Pro Tip: Dig into a platter of St. Louis-style ribs, a classic St. Louis dish, by grabbing lunch or dinner at Sugarfire Smoke House next door to the National Blues Museum.

Music and history lovers who prefer the peppier beat and fun-loving lyrics of ragtime won’t want to miss the Scott Joplin House. The man known as “The King of Ragtime Writers” moved to St. Louis in 1901 and rented a room inside the red brick walk-up on Delmar Boulevard. It was here that he created some of his best-known pieces, including “The Entertainer,” used as the theme song for the 1973 film The Sting starring Paul Newman and Robert Redford.

Substantially larger than where Scott Joplin made his home, the Magic Chef Mansion is another historic home museum in St. Louis. Built for Charles Stockstrom, the founder of the St. Louis-based Quick Meal Stove Company, in 1908, it took the current owner more than two decades to restore the 12,000-square-foot home to its original elegance. In addition to admiring the home’s impressive architecture and period furnishings, don’t miss the full-size bowling alley and Prohibition-era saloon.

Pro Tip: Be sure you’re wearing flat-soled shoes – like ballet flats or tennis shoes – when touring the Magic Chef Mansion. High-heeled shoes are forbidden inside the mansion in order to protect the original golden oak flooring throughout.

To admire a variety of impressive homes of a much smaller scale, visit the Miniature Museum of Greater St. Louis. An eclectic collection of small-scale houses, St. Louis landmarks, and other properties obtained from around the world is displayed in a two-story, red brick building that was once a furniture company. See a medieval-era Tudor house, 19th-century Victorian mansion, and a diminutive replica of the Basilica of St. Louis IX (“the Old Cathedral”) which was the first cathedral west of the Mississippi.

The museum is managed by an all-volunteer team and is only open Friday through Sunday. Visit the museum’s website for the latest information on hours and admission fees.

With the world’s largest chess piece marking the spot, the World Chess Hall of Fame is located just a few blocks from the northeast corner of Forest Park, across the street from the Saint Louis Chess Club. This unique museum celebrates one of the world’s oldest games with an impressive display of unique chess boards, including the chess pieces used in Bobby Fischer’s legendary win against Boris Spassky at the 1972 World Chess Championship.

The World Chess Hall of Fame is open 7 days a week, and there is no admission fee. However, a suggested donation of $3 per person or $5 per family helps support museum exhibits and funds educational programs.

Pro Tip: Although Beth Harmon from The Queen’s Gambit is a fictional character, watching the miniseries starring Anya Taylor-Joy (or reading the book it’s based on) before you visit exposes you to many of the real-life grandmasters featured in the hall of fame.

Another hall-of-fame-style museum in St. Louis is the International Photography Hall of Fame. For nearly 60 years, this 6,000-square-foot gallery and exhibition space has preserved historic photographs, displayed notable cameras and equipment, and honored the most influential people in the field of photography.

The museum is open Wednesday through Saturday from 11 a.m. to 5 p.m. There is currently a $10 admission fee, but you can visit for free on the first Friday of the month when the galleries and museums in the Grand Center area are open late.

The Soldiers Memorial Military Museum is open Wednesday through Sunday from 10 a.m. to 5 p.m., and there is no admission fee.

You’ll find many streets, schools, counties, and other places named for President Jefferson throughout the middle third of the United States, largely because the third president essentially doubled the size of the nation with the Louisiana Purchase that added those states to the Union. The Jefferson Barracks Military Post is no exception. On the grounds of the oldest operational military installation west of the Mississippi River, the old 1905 Post Exchange (PX) is now home to the Missouri Civil War Museum.

Although the Show-Me State was a slave state since its statehood in 1821, Missouri was filled with both Union and Confederate sympathizers and sent armies, generals, and supplies to both sides of the nation’s bloodiest war. And because notable generals on both sides of the conflict — including Ulysses S. Grant and Robert E. Lee — had served at Jefferson Barracks over the years, the Missouri Civil War Museum is a unique place to learn about this piece of American history.

The museum is open Tuesday through Sunday from 9 a.m. to 4 p.m., and you can find admission prices on their website.

With 50+ years on the planet, TravelAwaits readers have seen a substantial amount of telephone history unfold before our eyes as rotary dial phones gave way to push-button, cordless, and now mobile versions with lightning-quick access to a world of real-time information on the internet.

The Jefferson Barracks Telephone Museum in the beautifully restored 1896 building just to the east of the Missouri Civil War Museum captures nearly 150 years of telephonic history including operator switchboards from the 1920s and 1960s, military telephones from World War I through the Gulf War, and a telephone pole with climbing equipment.

The museum is open Wednesday through Sunday from 9 a.m. to 2 p.m., and there is a nominal fee to visit. 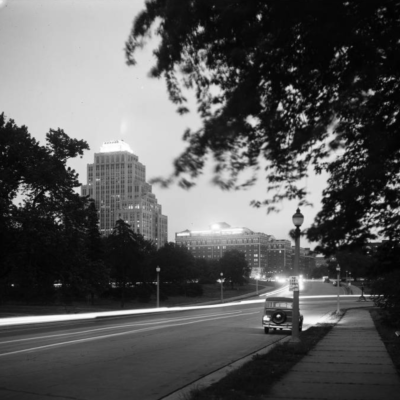 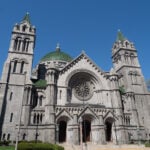