Tacos of every imaginable variety. Soups rich with tomatoes, chiles, and tomatillos. Maíz-focused tortillas and street food. These are among the delicious Mexican food specialties that await in the west Texas city of El Paso.

Known as the Mexican Food Capital of America, El Paso has plenty of attributes to back up that claim: Not only is it the lone major city in the Lone Star State to be located directly on the U.S./Mexico border, but El Paso sits just across the Rio Grande from Ciudad Juarez, the largest city in the Mexican state of Chihuahua (and arguably the birthplace of the margarita cocktail).

With a combined population of more than two million, the border towns of El Paso and Juarez have a thriving food scene that combines the cheesy/peppery flavors of Tex-Mex with the salsas, corn masa, and beans of traditional Mexican cuisine.

From the trendy downtown eateries to the fast-food taco spots to the local mainstays, I  found stellar Mexican cuisine in El Paso on my recent visit — including everything from creative corn dishes to virtually every variety of taco known to man.

Based on my favorites and the recommendations of local experts, here are 9 of the best Mexican specialties to try in El Paso, and where to find them.

Corn is a staple of Mexican cuisine, and the downtown cocina ELEMI plays that up by focusing on the heirloom varieties of native maíz (corn) from sustainable farming communities in Mexico. The cool little spot located on El Paso’s Kansas Street cooks and grinds maíz daily, “evoking techniques both past and present,” says its website.

The traditional elotes dish consisting of corn that is roasted on the cob and then slathered in mayonnaise-based cream sauce and covered in chili powder, cheese, and lime, can typically be found in street carts near the international border in El Paso and Juarez.

As a fan of flavorful Mexican soups, I often order versions of caldo de camarón (shrimp/seafood soup) or chicken tortilla soup when it is on a restaurant’s menu — especially during cold weather.

Even though the temperatures were far from chilly when I visited El Paso in late June 2021, I was glad I took the advice of the friendly server at Mamacita’s and ordered the chicken tortilla soup as a starter. The rich tomato-based broth and plentiful chunks of chicken breast were delicious, but the soup’s toppings of crispy tortilla strips, sliced tomatillos, radishes, and avocado really set the dish apart.

Pro Tip: Mamacita’s restaurant is located on the ground floor of the hip Hotel Indigo on Kansas Street in downtown El Paso. Along with traditional fare like the tortilla soup, its menu features a variety of innovative Latin American-inspired dishes, such as street corn risotto croquettes, mushroom/goat cheese empanadas, and poblano mac n’ cheese.

The small regional Tacos Chinampa chain has several locations throughout El Paso, each offering a full menu that features starters like the queso fundido, along with authentic tacos and Tex-Mex specialties like quesadillas, chiles rellenos, flautas (rolled tacos), and grilled fajitas.

Pro Tip: Like other traditional El Paso/Juarez taquerias, Tacos Chinampa is known for serving baked potatoes as a side dish with its tacos.

Celebrity chef and Food Network star, Aarón Sanchez, got his culinary start cooking in El Paso, so when he terms a local dish the best ever, foodies listen. KiKi’s Mexican Restaurant appears regularly on lists of the best Mexican restaurants in El Paso, with the beef machaca plate as the star.

The braised-beef dish was Sanchez’s choice on an episode of the Food Network show, Best Thing I Ever Ate. The specialty dish features a combination of beef, onions, tomato, cheese, chile, and eggs — all smothered in chile con queso (chile with cheese).

For another local favorite on the El Paso food scene, head to the homey L&J Café for a range of Tex-Mex specialties like beef and chicken fajitas, chile con queso, and steak tampiqueña (grilled steak served with green chiles, refried beans, and shredded cheese).

When I dined at L&J, my server recommended the green chile chicken enchiladas, which turned out to be a deliciously decadent dish featuring stacked corn tortillas, roasted green chiles, and tender chicken, all covered in a green chile sauce and melted cheese.

Pro Tip: Expect to wait in line to get seated at the super-popular L&J Café. On my Saturday afternoon visit in late June, I had a wait of about 40 minutes. I used the time to explore the historic Concordia Cemetery — a Texas State Historic Site that is located just across the street. The cemetery is the resting place for thousands of early west Texas residents — including everyone from notorious 1800s-era gunslinger John Wesley Hardin to Buffalo Soldier veterans of the Indian and Spanish-American wars.

Traditionally made from cuts of beef cheek, barbacoa is a southwest Texas tradition that is rooted in the farm and ranch culture. The beef is seasoned with bold Mexican spices before being slow cooked — sometimes in an in-ground pit or outdoor oven — and then shredded or chopped.

Tacotote, a regional chain of restaurants in Mexico and the U.S. Southwest, originated in Juarez, just across the U.S./Mexico border from El Paso. According to its website, the chain’s food is based on family recipes passed down from the matriarch (Abuelita Dora) in Juarez. The first United States restaurant opened in 1994 in El Paso and the chain has since grown to 10 locations in Mexico, Texas, Arizona, and New Mexico.

Barbacoa is just one of the half-dozen meat choices offered at Tacotote — usually served family-style. Customers choose from beef fajita, adobado (marinated) pork, adobado chicken, beef sirloin, brisket, and shrimp, which are served on platters for two or four along with sides, tortillas, and salsas.

Side choices range from baked potatoes to charro beans to refried beans to Mexican-style rice. Salsas come in a number of traditional varieties, including tatemada (charred chile), jalapeño, cambray (fresh tomato and chile), roja (red), and pico de gallo. Salsas at Tacotote are typically offered at a convenient salsa bar.

Rolled tacos, also known as taquitos or flautas, are a specialty of many of the Mexican restaurants and taco joints in El Paso. Once again, celebrity chef Aarón Sanchez weighed in on where to find the best of the best.

Calling Chico’s Tacos “an institution” in El Paso, Sanchez says the rolled tacos, filled with seasoned ground beef, deep fried, and then doused in a special tomato-based sauce, make for “the most messy wonderful dish you’ve ever had.”

Although the origin of the margarita cocktail is open for debate, one of the popular theories is that the tequila-infused beverage was created by bartender Pancho Morales in Tommy’s Place Bar in Juarez, just across the Rio Grande from El Paso.

Lovers of creative salsas will find plenty to sample at the El Paso Downtown Artist & Farmers Market in the Union Plaza.

If you’re in the market for something completely different, check out the booth for Salsas Mi Alma, where one of the specialties is the Gourmet Seed Salsa featuring a mixture of crunchy almonds, pine nuts, pumpkin seeds, sunflower, and sesame seeds preserved in a flavorful oil. 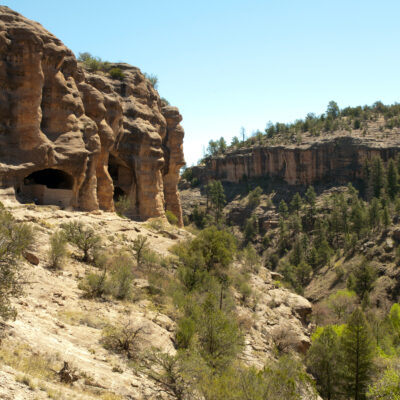 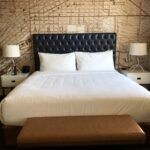