12 Things To Know Before Your First Trip To Transylvania

Twenty-some years ago, when I told people I grew up in Transylvania, I inevitably got a wide-eyed, incredulous look, accompanied by the question: “Is that a real place?” Occasionally, it was followed by “have you ever met a vampire?”

A land once known in the U.S. only as a setting for Bram Stoker’s Dracula, Transylvania today is a popular destination for travelers from all over the world. In fact, it is on National Geographic’s top 25 places to visit in 2021. And for good reason.

Cradled in the center of the gorgeous, heavily-wooded mountain chain of the Carpathians, Transylvania is indeed a land of enchantments. Rolling hills and lazy rivers, deep woods and rushing creeks, pristine mountain lakes and wildflower meadows are only a few of the natural wonders of the region. Transylvania’s plethora of medieval castles, walled cities, and quaint villages explains why we sometimes refer to my homeland as Tündérország — “Fairyland.”

However, Transylvania is a real place, with real people, even as it has a pastoral, old-Europe feel, where you’ll still see horse-drawn carts in the streets. And, it is open to visitors who seem to have discovered its beauty. Once behind the Iron Curtain — which explains why people in the U.S. used to believe it was a fictional land — Transylvania welcomes visitors from all over the world.

Now, when I tell people “I grew up in Transylvania,” I’m met with excited looks and specific questions about the land and its people, places to visit, and the best ways to get there. To answer these questions, here are a few things to know before your first visit to Transylvania.

1. You Need A Passport To Get To Transylvania, But You Don’t Need A Visa

Transylvania is a part of Romania, and you need a passport to enter the country. Check your dates to make sure your passport doesn’t expire for at least three months after your departure date for Romania. Besides that, you don’t need a visa to visit, unless you plan on staying over 90 days.

2. You Can Fly Into Several Cities To Use As Gateways To All Your Destinations

Several cities in Transylvania have international airports you can fly into. There is no need to fly to Bucharest and worry about taking public transportation or renting a car.

At this time you can fly into Cluj or Sibiu, and soon to Brasov (the city’s international airport is set to be finished by December 2021). All three of these cities are perfect destinations on their own, but also gateways to other attractions in Transylvania.

3. For Most Of Your Transactions, You’ll Use Lei (RON), The Romanian Currency

In Transylvania, you’ll use lei for your transactions, so it helps if you exchange some before you go or when you arrive at the airport. But you don’t need to.

You’ll find plenty of ATMs all over the place, on the street corners, or in local banks, where you can use your debit card to withdraw local currency from your bank. The ATM will display the rate and any fees they charge before your transaction, which you can conduct in English. This is by far the easiest, and therefore my favorite choice of transactions. You always get the official transaction rate, and the fees are minimal and convenient.

You can also use your major credit cards in the larger cities and tourist destinations, though make sure to ask if they take them before sitting down for dinner at a restaurant.

4. Tipping Is Customary And Appreciated

Like in the rest of Romania, tipping is appreciated in Transylvania. Salaries are low, so your tip always helps.

As for how much to tip, there is no standard answer. Generally, locals tip around 10 percent, so it is a good rule of thumb to follow, though it depends on your bill; the higher the bill, the lower percentage you are expected to tip.

5. To Charge Your Electronics, You Will Need A Converter

Romania uses 220V as opposed to 110V used in the U.S. So you will need a converter for all your electronic devices. Bring a few so you can plug in and charge your devices. But if you forget them, you can easily buy some in any electronic store in the country.

Laptops, tablets, Kindles, and similar devices all work here just as well as in the U.S. Wi-Fi is available in the large cities and in most places, except in some out-of-the-way villages in the countryside.

6. Your Cell Phone Works There — Just Make Sure You Have Service

Before leaving, make sure you call your cell phone provider and let them know you are traveling to Romania. You will most likely have an option to add a temporary international service from your provider. With most plans, you can choose to upgrade it for a month or as long as you need it.

You will have good cell phone coverage in most areas of Transylvania, especially in the cities.

7. You’ll Hear A Few Languages Spoken, But You Don’t Need To Understand Them

Though part of Romania, Transylvania is home to multiple nationalities. Besides Romanian, a large majority speaks Hungarian. Like many regions in Europe, the area has a colorful history, with often-changing borders that resulted in this mix of population over the centuries.

Because of this mix of nationalities, people of Transylvania are cosmopolitan and open-minded. Many are bilingual, and fluent in English, so you’ll have no problem communicating there. The younger generation is especially happy to practice their language skills with you.

It still helps to understand a few words of Romanian, though, since the public signs are in the official language of the state. And if you visit the Hungarian-speaking regions, a few words in Hungarian will be appreciated.

8. You’ll Most Likely Make A Few Friends While You’re There

The people of Transylvania are friendly and they are known for their hospitality. Not only will they go out of their way to communicate with you in your language, they will invite you to their homes and won’t let you leave without a meal — and a drink.

And if you ask about any of the places you want to visit in their vicinity, they will happily play the guide. They will tell you everything from where to find your destination and how to get there to personal stories, myths and legends about it. They may even offer to take you themselves.

Transylvania is peppered with medieval castles, citadels, and fortresses, so you’ll find a few nearby no matter where you land. No wonder Bram Stoker chose this countryside for his fictional vampire story. Bran Castle, however, is far from being the largest or most spectacular castle in Transylvania.

That distinction goes to the fairytale Gothic-style Hunyadi Castle in the east-central part of Transylvania, one of the largest and most spectacular castles in all of Europe. However, you’ll find a larger concentration of castles in southern Transylvania, built to protect the borders, Bran Castle being one of them.

In the larger cities, like Cluj and Brasov, you’ll find parts of the old walls and bastions once protecting them. But none match the center of Sighișoara, with its still-intact walls and buildings. It’s the only inhabited medieval fortress in southeastern Europe, and therefore another UNESCO World Heritage Site.

Transylvania is also home to some of the oldest, and densest forests in Europe. Even the name reflects this, as Transylvania means “over the woods” in Latin: trans = over, silva = woods. No wonder these deep woods made a perfect home to J.K. Rowling’s dragons in her Harry Potter series.

Though you won’t see dragons here, you will see wildlife, most likely bears among them. My latest encounter happened near Santa Ana Lake about two years ago, when I spotted a young bear in a clearing.

You can find a local guide (try Medveles) to take you to an area where you can peek at them from a secluded cabin that is safely distanced from the bears. Or, to learn more about them, visit the Bear Sanctuary of Zarnesti, where they care for injured bears who can not survive in the wild.

Pro Tip: Never approach a bear in the wild, and keep all your food and drinks locked if you visit areas where bears might be present.

In the region known as Székely-Land, home to the Hungarian-speaking Székely minority, you’ll find Bear Lake, the largest (both surface and depth) heliothermal lake in the world, and the only one in Europe. The heliothermal phenomenon refers to a layer of fresh water that forms on the surface of the salt lake, insulating it, and thus keeping its temperature constant. Used to treat many medical problems, the lake is part of a spa-resort you can visit.

Near Cluj, you’ll find Turda Gorge, a narrow canyon with steep walls filled with caves and caverns. A natural monument and reserve, the gorge is home to rare or endangered plants and animals unique to this region. Nearby, the spectacular, world-famous underground amusement park and museum, the Turda Salt Mine, attracts thousands of international and local visitors.

12. You’ll Realize That The Real Transylvania Is Even Better Than Its Fictional Version

You won’t find vampires or dragons in Transylvania, but you’ll find friendly people and gorgeous, natural, and architectural wonders. By the time you leave, you’ll realize that the real place is better than any fictional version you might have heard of. No matter when you visit or how long you stay, you’ll always find something unique and stunning about Transylvania. 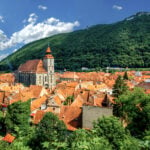 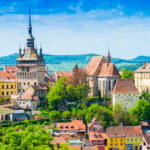 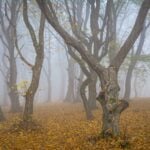