Contrary to what the name suggests, the Aztec Ruins in the U.S. state of New Mexico have nothing to do with the Aztecs. The ancient people of the Southwest, the Ancestral Puebloans, built and inhabited this site — and many others in the area.

But the first explorers who stumbled upon these ruins didn’t know any of that. They were early settlers who most likely thought the Aztecs were the only civilization in the early Americas capable of building such elaborate structures. Unfortunately, the name stuck, but those who visit Aztec Ruins National Monument in New Mexico understand they are walking in the footsteps of an Ancestral Puebloan society.

Ancestors of the modern Pueblo tribes, including the Hopi, Zuni, Acoma, and Laguna nations, Ancestral Puebloans were the ancient people who also built the larger sites of Mesa Verde and Chaco. In fact, archaeologists consider Aztec an outlier of Chaco, built as a community connected to the center to facilitate trade and bring in goods for the population of the larger site. They also believe that Chacoans migrated here, since Aztec grew into a larger community around the time Chaco was getting abandoned, around 1100.

The Ancestral Pueblo community of the Aztec Ruins lived here for about 200 years before moving on around 1300. During this time, they created some elaborate structures that still stand. I visit these ruins often with my family during our trips through the Four Corners area, and over the years, we learned a few tips to make the best of these visits.

1. Combine Your Visit With A Trip Through The Four Corners Area

Since Aztec Ruins National Monument is far from any major cities, it makes a great side trip on a longer vacation through the Four Corners area of the U.S. Southwest. To understand the history of the ancient people who built Aztec Ruins, combine your visit with a visit to Chaco National Historical Park and Mesa Verde National Park. You can use Durango as a base for all your explorations of the region.

Though Aztec Ruins is a relatively compact site, you can spend a few hours exploring it. Large, well-preserved, and easy to access, Aztec Ruins offers a great stop on a larger U.S. Southwest trip.

2. Stop At The House Of The First Archaeologist Who Excavated The Site

The visitor center at Aztec Ruins National Monument was once the home of Earl Morris, one of the first archaeologists to dig at the site. He started excavating Aztec Ruins in 1916, working for the American Museum of Natural History. By then, much of the site had been repeatedly looted and many of the artifacts lost or destroyed. He found most of the cultural material in sealed-off rooms, where looters couldn’t get to them.

To work at the ruins full-time, he needed to live near them. So in 1920, he built his house there, incorporating materials found at the site. If you look at the ponderosa beams overhead, you might still notice ancient axe marks. The house, built in the Spanish-Pueblo Revival style, is now home to the visitor center and listed in the National Registry of Historic Places.

The visitor center expanded the old home, incorporating the old living room and the kitchen as its lobby and bookstore. You can sit by the old fireplace and imagine yourself being a guest of one of the most famous pioneer archaeologists, who devoted much of his professional life to excavating Aztec Ruins.

3. Learn About The History Of The People Who Built Aztec

Walk through the museum of the visitor center to see the relics Earl Morris found and saved, and other artifacts collected at the site, some over 900 years old. Other exhibits in the museum offer a great introduction to the lives of Ancestral Puebloans who lived in Aztec and the Four Corners area. You’ll also learn about their descendants and the development of the modern Native American culture of the Southwest, including the separation of the modern tribes.

For a great historical perspective, watch the 15-minute video at the visitor center, titled Aztec Ruins: Footprints of the Past. You’ll walk out with a better understanding of the legacy of the people of Aztec Ruins and their connection to the present-day Native tribes. The video offers diverse viewpoints from Hopi and other present-day Puebloan people, from Navajo tribal members, and from archaeologists.

Take a trail guide and walk outside to explore the interpretive trail. The half-mile self-guided trail leads through the site, winding through ancient structures and several kivas. Most of the trail is paved, and all of it accessible, though you’ll have to deal with some steps and low doorways.

You can now use a mobile audio tour to learn about the site as you walk along. Make sure you ask for the code at the visitor center.

Aztec West, the site you are touring, is a “great house” similar to those at Chaco. They were used by whole communities, rather than individual families, as a gathering place, ceremonial center, trade center, and a work and storage area. Comprising about 400 rooms and 30 kivas, Aztec West Ruins is the largest great house known outside of Chaco.

However, the buildings in this great house are more than just collections of rooms and kivas. Taken together, they give us a sense of order and balance. They sit in a symmetrical, rectangular layout, with walled buildings surrounding an open central plaza. One side of the rectangle is a long wall, the others comprise interconnected rooms, while several ceremonial kivas sit in the center.

Like many other sites in the Southwest, Aztec West is also aligned to mark solar and lunar events. Here, it is the long, straight north wall that marks the summer and winter solstices. Archaeologists believe these alignments offered a base for ceremonial, cultural, and agricultural calendars.

While the outdoor trail offers a great overall view of the great house, you’ll find two structures you can enter, giving your visit another dimension.

5. Walk Through A Series Of Covered Rooms

Several interconnected rooms are still partially covered. They were originally multi-story rooms, but here you are walking through the ground rooms. Explore examples of the ancient fine masonry and workmanship of the site’s builders. Similar to those at Chaco, these rooms have low doorways. They are perfectly aligned with each other, so you can see through all of them as you walk. Some rooms have opening doors into an inner courtyard, many of which are covered by plexiglass to protect the artifacts still intact in these rooms.

You’ll notice stucco on some walls, which is still original. Several wooden beams on the roofs are also original, both the larger and smaller beams. You’ll learn that the larger beams were Douglas fir and ponderosa pine, while the smaller ones were aspen or pine, and the ancient builders transported them from over 20 miles away.

While exploring the site, you’ll see the reconstructed Great Ceremonial Kiva. Enter it and listen to the recording, taking you back thousands of years. The semi-subterranean structure, with a diameter of over 40 feet, is the only reconstructed kiva in the Southwest.

Early archaeologist Earl Morris oversaw its 1921 excavation and its reconstruction, finished in 1934 after archaeological investigations. Trying to reconstruct it to match its original configuration, he based the structure on kivas from Chaco and Mesa Verde. Though some of the structural elements might have been guesswork, the colors you see when entering were not. When excavating the kiva, they found red and white plaster on the ancient walls. The kiva has a finished feel to it, giving us a good idea of what the structure looked like when in use.

Entering the reconstructed ancient structure makes it easy to imagine the ceremonial life of the Ancestral Puebloans. For a more immersive experience, push the button at the entrance to start the audio, which talks about ancient here and uses traditional Native music for a full effect.

Take a walk through the Native Plants Walk and the Heritage Garden, both starting at the picnic area. The Native Plants Walk offers a lesson about the wild plants the people of the Southwest relied on for thousands of years. The Heritage Garden showcases plants the ancient people learned to cultivate. Now, museum staff and volunteers grow traditional crops like corn, beans, squash, gourds, and sunflowers. 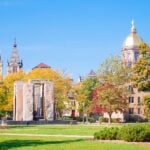 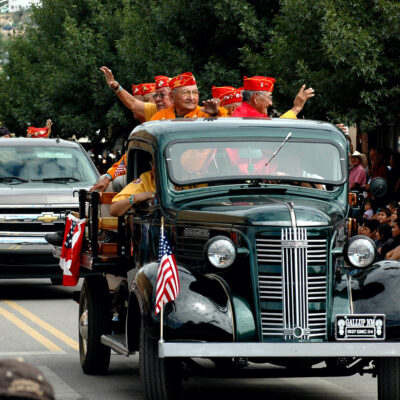 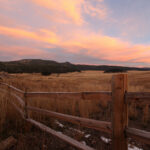 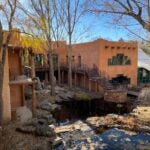