How To Spend A Perfect Day In Pascagoula, Mississippi

Well before the town of Pascagoula was established in 1892, the Pascagoula tribe lived here along the river. Only traces of them are left now. Did they move westward, succumb to disease imported by European explorers, or become absorbed into the Choctaw Tribe? Or, as local suggests, perhaps they committed mass suicide in the Pascagoula River.

Pascagoula is a town steeped in history, a town of mystery, and a town intimately linked with the Pascagoula River and the Gulf of Mexico. Located on the eastern edge of Mississippi’s Secret Coast, this town of about 22,000 people lies midway between Gulfport, Mississippi, and Mobile, Alabama, south of Interstate 10. Staying on Interstate 10 and bypassing the Secret Coast’s miles and miles of manmade white sand beaches and the town of Pascagoula is a mistake.

On my recent trip to coastal Mississippi, I met people who came as tourists and stayed. I met born-and-raised locals who took the time to share their hometown and their favorite spots. Southern hospitality isn’t only real, it’s alive, well, and ubiquitous.

These are the places of history, mystery, and natural beauty the people of Pascagoula were eager to share and the things they enjoy doing on the Secret Coast.

Things To Do In Pascagoula

While visiting the La Pointe-Krebs Museum, you’ll see the oldest confirmed house in Mississippi and in the entire Mississippi Valley. French explorer Joseph Simon de la Pointe received this plot of land as a gift from the crown. La Pointe prospered growing cotton and indigo.

As was customary, when La Pointe passed away, his holdings transferred to his eldest daughter’s husband, Hugo Krebs. Krebs built the house that stands today, although as the family grew, rooms were added to the original house.

Its construction utilizes tabby (concrete made from sand, water, lime, and ground oyster shells) and bousillage (a wood frame stuffed with mud and Spanish moss). Due to hurricane damage, the home is being fully and authentically restored using original construction methods and manual labor.

The museum gives visitors a comprehensive overview of the reconstruction process and the area’s rich history. The museum showcases artifacts belonging to family members who lived in the home until 1930.

Pro Tip: The museum is wheelchair accessible. Plan for 1 to 2 hours for your visit. The home is still being refurbished and is expected to open later this summer.

2. Tour The Round Island Lighthouse

Originally on Round Island four miles offshore, the 1859 lighthouse sustained heavy damage in Hurricane Georges. The pieces were picked up in 2010, taken to Pascagoula, and the lighthouse reassembled and opened to the public in 2015.

Jimmy Buffett talks and sings about his hometown of Pascagoula. As a boy, his grandfather encouraged him to set sail and see the world. He listened. You can drive by his childhood home and visit the small bridge over Baptiste Bayou named in his honor.

Pro Tip: Where Baptiste Bayou meets the gulf, watch pelicans dive for fish. They seem to have nearly 100 percent success in filling their bellies.

Pro Tip: The River Art Gallery has an extensive collection of art from the Singing River Art Association. It is open weekdays from 10 a.m. to 4 p.m.

Like most towns along the Secret Coast, Pascagoula has a Hurricane Katrina Memorial here, but the big draw is the endless white sand beach and extra-wide walking path.

In October of 1973, reporters descended upon Pascagoula to cover a UFO story. After finishing their shifts at a nearby shipyard, Calvin Parker and Charles Hickson decided to go fishing in the Pascagoula River. There they were abducted and examined by aliens and returned later that evening.

Police believed them. Their stories matched and they were both terrified. But there was no proof or eyewitnesses until recently, when locals came forward with stories of their own about UFO sightings that same night.

Pro Tip: A marker in Lighthouse Park, close to the riverfront, tells the abduction story. The actual abduction happened across the river on what is now private property.

7. Listen To The River Sing

Mystery surrounds a section of the Pascagoula River. Usually in late summer or early fall, a part of the river sings. Written accounts of the phenomenon date back to 1699 when Spanish explorers experienced it.

Scientists can’t explain the river’s humming sound or the vibration people talk about when the river sings. Legend has it, a chieftain of the Pascagoula tribe fell in love with a princess from the more powerful Biloxi tribe who was promised to the Biloxi chieftain. Their forbidden love ended as the couple and the Pascagoula tribe walked into the river singing, never to be seen again.

The Pascagoula River is the longest uninterrupted river in the Lower 48 and a haven for birds, wildlife, and the water creatures that inhabit estuaries — areas where rivers and sea meet and freshwater and saltwater mix.

Perfect for an afternoon outing, the Pascagoula River Audubon Center has several viewing platforms over the river and marsh. For an even closer view of wetland birds, you can rent a kayak at the center. Bald eagles, egrets, herons, kites, and pelicans make their appearances.

A small museum housed in a former ticket booth for the Pascagoula streetcar displays historic photos and a collection of wooden duck decoys. Pascagoula was a major producer of decoys from 1920 until 1971.

Pro Tip: The boardwalks and museum are wheelchair accessible.

The Mississippi Sandhill Crane National Wildlife Refuge visitor center and C.L. Dees Trail are in nearby Gautier. The 0.8-mile easy trail meanders through pine forests, grasslands, and wetlands. The goal to see Mississippi sandhill cranes — a non-migratory variety — is a lofty one. Fewer than 100 of these endangered birds are in the refuge and conservation efforts are ongoing.

Pro Tip: To increase your odds of seeing these rare birds, the refuge offers guided tours on Wednesday and Saturday mornings at 8 a.m. Call (228) 497-6322 extension 101 for details.

Pascagoula’s restaurants are all about serving fresh-caught shrimp, oysters, crab, and catfish.

Scranton’s Restaurant on Main Street is housed in the 1920s fire station and city hall and named for the town of Scranton, which merged with Pascagoula in 1904. You can’t go wrong with anything on the menu here.

If you’re in the mood for steak after an oyster starter, check out Brady’s Steak and Seafood. The Oyster Anola are a specialty. Brady’s is known for its impeccable service and great atmosphere.

Bozo’s Seafood Grocery and Grill ranks in the top 20 seafood dives in America. It has two dining options — a market/deli/takeaway on one side and a sit-down restaurant on the other. For the market/deli side, you place your order at one counter and pay at another. Everything is wrapped to go but they have counters and tables for dining in. For a full-service restaurant experience, go to Bozo’s Too next door to the market.

Pro Tip: The line is shorter at Bozo’s Seafood Grocery. Portions are huge.

The Secret Coast offers enough variety to make a five-day trip worthwhile. Beginning in Waveland, Hurricane Katrina’s ground zero, and ending in Pascagoula is a 64-mile trip. Opting to stay in one hotel and planning day trips to the other coastal towns allows you to settle into your home away from home.

For coastal accommodations, I recommend the pet-friendly Bay Town Inn in Bay St. Louis. It’s across the street from the beach and offers roomy suites with kitchenettes. Proprietor Nikki Moon has made sure everything is geared toward your comfort.

Centennial Plaza in Gulfport is located in a fully renovated historic property. If you’re traveling with grandchildren, the onsite water park will keep them busy for hours.

The Roost in Ocean City is impeccably decorated in soothing colors. This pet-friendly property has rocking chairs on a wide veranda and a speakeasy-style open-air bar. 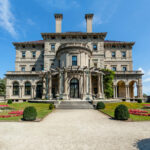 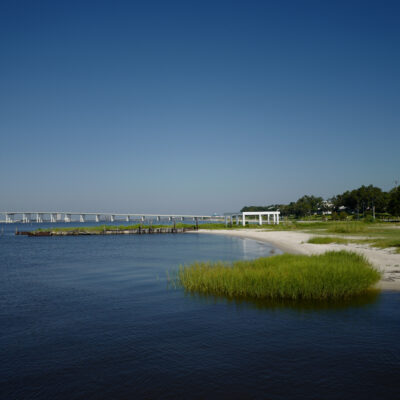 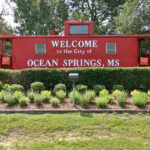 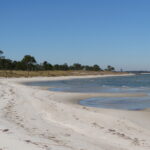 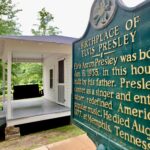 MississippiElvis And Beyond: How To Spend An Amazing Day In Tupelo, Mississippi