8 Tips For Exploring The Florida Keys 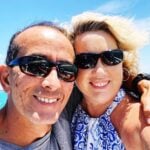 There are over 800 islands in the Florida Keys stretching over 180 miles. As you drive the Overseas Highway, you’ll come across some fascinating people, delicious and fresh food, and interesting stops.

Though Key West is the largest and most well-known city in the Keys, there are many more waiting for you. We’ve included tips for quirky, interesting, and fun stops on your next visit to the Florida Keys.

1. Travel The Overseas Highway Through The Keys

Once he visited St. Augustine, Flagler fell in love with Florida. He saw the potential for new entrepreneurial endeavors, including hotels and transportation.

Flagler’s first hotel, the Ponce de Leon, opened in 1888, solving the dilemma of lodging. But transportation from up north to Florida was still difficult. However, Flagler had a solution: Create a railroad.

And thus, the East Coast Railway was born. Not only did Henry Flagler solve the northern winter migration problem, but he also offered lodging options.

In 1896 the East Coast Railway stretched from St. Augustine down to Biscayne Bay. Flagler had brought tourism to the state of Florida.

With a population of 20,000, Key West was the state’s most populated city and the United States’ closest deepwater port to the proposed Panama Canal.

Once again, Flagler caught the vision and expanded the railway from Biscayne Bay to Key West. However, it was dangerous work, and the potential of hurricanes was a concern.

Three hurricanes over five years caused heavy damage to the railway. It was the Labor Day hurricane of 1935 that sealed its fate.

With winds of 200 miles per hour and a storm surge over 17.5 feet, the hurricane heavily damaged and washed out several rail sections of the rail line. The railroad was not able to rebuild the destroyed rail line due to financial constraints.

The current Overseas Highway was built along the railbed, and as you drive along the highway, you’ll spot remains of the original railway bridges. The most photographed rail bridge is the one that connects Bahia Honda to Spanish Harbor Key.

Stretching for 113 miles, the Overseas Highway runs from Miami to Key West. Though it only takes a short four hours to traverse, take your time to stop and explore along the way.

2. All Aboard The African Queen On Key Largo

Key Largo is the first stop along the Overseas Highway, and it’s where you’ll discover the first of many quirky finds in the Florida Keys.

The restored African Queen, used in the 1951 movie The African Queen is kept at the Marina Del Mar. The vessel was built in Lytham Shipbuilding in England in 1912 and was named the S/L Livingstone.

In 1951 John Huston saw the vessel and commissioned her for his movie The African Queen, starring Henry Bogart and Katherine Hepburn.

Don’t miss a piece of history! The African Queen is available for cruises. The 1.5-hour tour takes you through the Port Largo Canal.

3. Gather At The Caribbean Club On Key Largo

It seems you can hardly walk a mile or two without running into a slice of history head-on. The Caribbean Club in Key Largo has been a gathering spot for visitors and locals alike since 1938.

The Caribbean Club was the final project of Carl G. Fisher. Fisher was among the wealthy entrepreneurs of the early 1900s. He, along with a partner, purchased an interest in the U.S. patent to manufacture acetylene headlights, the forerunners of the electric headlights we use today.

Fisher’s firm furnished nearly every headlight used on U.S. automobiles at the time, which enabled him to amass a substantial fortune. That fortune, however, was wiped out during the stock market crash of 1929.

Following the crash, Fisher settled in Miami Beach, where he lived in a small cottage.

At the end of his career, Fisher took on one last project. This final project was building the Caribbean Club. The Caribbean Club was intended to be a poor man’s fishing retreat on Key Largo.

The Caribbean Club opened its doors in 1938 and included a small hotel, restaurant, and bar. Today only the bar remains, and it is the oldest bar in the Upper Keys. Following Fisher’s death in 1939, the resort became a gambling establishment.

In 1947 the Caribbean Club hotel and bar was used as the inspiration for the screenplay Key Largo, starring Humphrey Bogart and Lauren Bacall. The film included shots of the exterior of the club. The Caribbean Club has also been used most recently to film the Netflix series Bloodline.

Whether you opt to spend the night on board your boat or spend the day exploring Bahia Honda State Park, a stop at this iconic park is a must-do on a road trip through the Florida Keys. The standout feature is the old rail bridge.

Take a hike and see it up close. One feature of Bahia State Park that we love is staying overnight. The park allows boaters to tie up on the dock, but due to the heavy influx of boaters in the Florida Keys, we suggest calling for reservations several months in advance. Dogs are allowed in the park, but not on the beaches, tour or rental boats, or in buildings (unless they are guide dogs). Note that they must be kept on leashes at all times.

5. Experience Another Piece Of History At No Name Pub On Big Pine Key

Let’s head back in time again. From 1931 to 1936, No Name Pub was a general store and a bait and tackle shop. In 1936, the owners built a small room onto the structure as a restaurant, and the Pub was created.

To build up the business, the owners had to get creative — after all, this was the late 1930s, and though the Great Depression had ended in 1933, people were still struggling economically. There was a storage room upstairs that was not being used for business purposes. The owners cleaned it up and opened that old upstairs storage area as a brothel, which failed several years later.

In the 1940s, the pub grew in popularity as women would shop in the general store while the men wandered the bait and tackle shop and then gathered in the pub for a sandwich and a beer.

In the 1950s, both the general store and the bait and tackle shop closed, and the pub changed its name to No Name Pub. Its reputation spread from Key West up to Miami.

The Florida Keys in the 1970s and ’80s were wild and free. There was an excess of money flowing freely, much of it illegally gained. And No Name Pub was the place to get rowdy. Jimmy Buffett was famous and could often be spotted in the Keys, and the Pub was hopping with locals and tourists alike looking to party.

During this era, the tradition of hanging dollar bills on the walls of No Name Pub was born. Those same rowdy kids who loved to party at the Pub have grown up, and No Name Pub is still their hangout, though much less rowdy!

Locals and tourists alike head to No Name Pub for great food (the pizza is incredible, and the fish dip divine!), cold beer, and conversation, and the tradition of putting dollar bills on the walls has continued. Plan a stop at No Name Pub if you want a taste of the local flavor of the Florida Keys.

6. Plan A Stay At The Perry On Key West

The Perry Key West is what Key West was 30 years ago. Located on Stock Island, the resort is chic, paying homage to Stock Island’s fishing and maritime history.

Whether you come by plane, boat, or car, the Perry is a top choice for travelers. The hotel boasts stunning waterfront views in each of its luxurious rooms, two waterfront pools, outdoor firepits, and three on-site restaurants and bars.

The Perry is dog-friendly, so rest assured that your four-legged pals will be treated like the Very Important Dogs (VIDs) they are. There are two dog parks on-site as well, making your VID’s visit top-notch.

For boaters, the Stock Island Village Marina is ideal, with direct access to the ocean. The piers are floating, which is a boater’s dream. The marina is located on-site at the Perry Key West, and boaters can access all amenities at the Perry.

Want to get into Key West from the Perry? No problem. There is a free shuttle that will take you into Key West, a short 15-minute ride.

7. Soar Like A Bird Over To Dry Tortugas National Park

I am addicted to seaplanes, and knowing the wonky sea conditions that can crop up out in the Dry Tortugas, I knew I had to try the seaplane trip over to Fort Jefferson. Seaplane Adventures out of Key West is the only seaplane service permitted to serve Dry Tortugas National Park.

The flight over is about 40 minutes and allows you a birds-eye view of Key West and the Atlantic Ocean. From the plane, you’ll see sharks, sea turtles, and the giant underwater sand dunes created by the wave action.

The wreck of the Northwind, a 60-foot salvage tugboat that was attempting to recover treasure from the sunken Nuestra Senora de Atocha, a 17th Century Spanish Galleon, can sometimes be spotted as you are flying over to the national park.

Dry Tortugas is approximately 70 miles from Key West, and the 100-square-mile park is predominantly water with seven small islands. The park is only accessible by seaplane or boat.

When you are out in Dry Tortugas, walk around the fort, and you can almost hear it whispering its long-held secrets.

For snorkeling enthusiasts, a visit to the Dry Tortugas is a must! We’ve spotted goliath grouper, tarpon, a shark or two, and sea turtles on our snorkels around the fort.

Mel Fisher was in California and running a dive shop with his wife when the lure of treasure sang its siren song and wooed him to Florida. In 1963 Fisher uprooted his family to come to Florida’s Treasure Coast to hunt for treasure with the Real Eight group.

After 363 days of searching for the remains of the wrecked 1715 Spanish treasure fleet with no luck, on day 364, Fisher and his team hit the mother lode.

For the next 10 summers, Mel Fisher and his team continued searching and recovering treasure from the wrecked Spanish treasure fleet.

During the winter, Florida’s Treasure Coast waters are too turbulent to search for underwater treasure, so Fisher moved his winter operations to Key West.

In 1973 Fisher found the Spanish galleon Nuestra Senora de Atocha. The “Atocha mother lode,” as the find was named, has an estimated value of $450 million.

It includes 40 tons of gold and silver, emeralds from Columbia, 1,000 silver ingots, and other gold and silver artifacts. The Nuestra Señora de Atocha is known as the world’s most valuable shipwreck.

Today, Mel Fisher has many treasures from the sea available in his Key West location. To learn more about Mel Fisher and his treasure salvage operations and how you can participate in a treasure dive, visit the Mel Fisher Maritime Museum.

No matter what you choose to do on your visit to the Florida Keys, you will feel relaxed, suntanned, and full of good memories and stories to share upon your return home. 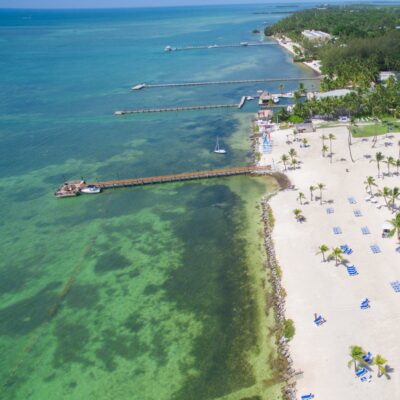 Florida KeysHow To Spend An Amazing Day In Islamorada, Florida 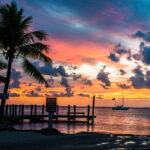 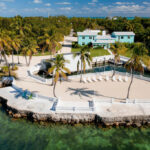