10 Fantastic Things To Do In Charming Guthrie, Oklahoma

Less than 30 miles north of Oklahoma City along Interstate 35 is the charming Victorian town of Guthrie, once the capital of Oklahoma when it was still called Indian Territory and not yet a state.

Unique for its vintage, Victorian-inspired buildings and homes, its rowdy cowboy history, and its historic museums, Guthrie is a small city with big allure.

After the 1889 Land Run of Oklahoma, which opened lands of the Indian Territory to white settlement, Guthrie quickly became a thriving town with a railroad stop. As the territorial capital, the town quickly grew, boasting of banks, newspapers, and saloons. Today, Guthrie’s downtown area is the largest historical district in the states, with more than 2,000 mostly Victorian buildings.

Cowboy entertainer and movie star Tom Mix slung whiskey as a bartender in Guthrie, a precursor to the numerous Hollywood and indie films that shoot on location in this historical town. Cowboys shot it out in the saloon, and the streets were filled, in the early years, with outlaws, lawmen, aspiring actors, ambitious politicians, and celebrities.

Guthrie’s historic and downright pretty downtown is full of gift and antique shops, restaurants, bed and breakfasts, museums, entertainment, history, and architecture. It’s a true Old West town that has kept its personality and Edwardian beauty over the decades.

Here are 10 fantastic things to do in charming Guthrie, Oklahoma.

The Oklahoma Territorial Museum and Carnegie Library, located in the 1902 Renaissance Revival building, is a perfect place to start your tour of this charming frontier town. Originally built as a Carnegie library, the museum includes archival materials and exhibits about the creation of the Unassigned Lands, the Land Run of 1889, the homestead experience, and territorial and state government.

Special exhibits include The African-American Experience in Territorial Oklahoma, exhibits on the ecology of the area, territorial medicine, and Victorian etiquette, among others.

Guthrie’s history as the capital of the territorial lands is laid out alongside The Carnegie Library, which collects Oklahoma history through archival materials.

The Guthrie Carnegie Library is full of not only Guthrie history, but Oklahoma history too.

2. Take In A Show At Pollard Theatre

The Pollard Theatre’s historic brick building started its life as a dry goods store and furniture store in 1901. Doubling as the local funeral parlor, the Patterson Furniture Store was converted into the Pollard Theatre in 1919 by George Pollard, who hosted live vaudeville shows and silent movies.

The historic theater now hosts live performances and plays, featuring six major productions every year. Though the shows were put on hold in 2020 due to COVID, the Pollard plans to resume in 2021.

3. Get Medicinal At The Oklahoma Frontier Drugstore Museum

Located in the lovely 1890 Gaffney Building, the Oklahoma Frontier Drugstore Museum and the Apothecary Garden pay homage to the pioneering and sometimes horrifying early days of frontier medicine. The early days of pharmacy in Oklahoma are highlighted in this historic drugstore, which also served as a social center for the townsfolk who settled in Guthrie. In addition to picking up prescriptions and medicines, the drugstore was also a place to share gossip about Aunt Mae’s no-good nephew, blooming romances, the latest scandal of the day, or Uncle Joe’s ongoing battle with gout.

The Apothecary Garden adjacent to the museum was added in 2006 to showcase the medicinal herbs and plants that were used by the medical and pharmaceutical community. The museum is managed by the Oklahoma Pharmacy Heritage Foundation and is full of memorabilia, artifacts, and stories from the early days of Oklahoma settlement.

Native American and Oklahoman Olympian and sports icon Jim Thorpe may be one of Oklahoma’s most well-known athletes, but Oklahoma has a rich athletic heritage that goes even deeper. Learn all about the sporting history and legends of Oklahoma at the Territorial Capital Sports Museum, located in the historic downtown area.

In addition to 13,000 square feet of sports memorabilia and collections, the museum highlights famous names in sports like football, the Olympics, golf, rodeo, baseball, and basketball. Native American athletes and tributes to women in Oklahoma sports are also highlighted, and even high school sports are honored through the Oklahoma High School Baseball Coaches Association’s Hall of Fame.

5. See One Of The Largest Masonic Temples In The World

The Guthrie Scottish Rite is one of the largest Masonic Temples in the world and is still used today as the home base for the area Scottish Rite.

Built in 1919, the Classic Revival style building is architecturally significant due to its immense Neo-Classical style.

Also home to the Guthrie Scottish Rite Museum, which tells the story of the Adoptive Rites in Oklahoma, the Temple usually hosts public tours of the 14 artistic rooms in the Temple.

Currently, the Temple is not open to the public due to COVID concerns, but tours may resume in late 2021. Despite that, just viewing the massive building itself is a treat.

6. Go Shopping To Your Heart’s Delight

ShopGuthrie is a great resource for finding exactly what you are looking for, but plan to spend a few hours perusing such shops as Utopia Joe Steampunk Surf Shop, The Magnolia Antique Mall, Prairie Gothic, Boutique 206, and others.

Don’t forget the food! The Stables Cafe is known for its Oklahoma barbecue and impressive taproom, while the 602 Bistro at the Dominion House serves up high-end meals in the historic Dominion House building, which once served as the Masonic Children’s Home. Gage’s Steakhouse, located in the old Santa Fe Depot building, is a local favorite for good ol’ Oklahoma steaks, and Missy’s Donuts and Bakery is sure to satisfy your craving for sweets and desserts.

7. Get Spooked By Guthrie History

One of the most unique tours in this historic town is the Guthrie Ghost Walk. With a rowdy frontier history, Guthrie has its share of ghost stories, and you’ll hear all about the bullet holes in the Bluebell Saloon, outlaws who spent time at the Territorial Jail, tales of heartbreak and murder, and legends of hauntings and the unexplained. You might even encounter a ghost yourself, if you’re lucky.

The tour starts at the Apothecary Garden and takes approximately 90 minutes. It’s an easy walk with only a few low inclines, but it’s best to wear comfortable shoes, as you’ll be visiting six to eight sites.

Although the tour includes places that have had consistently reported sightings and paranormal activity, it’s not a scary tour and is appropriate for all ages.

8. Fiddle About At The Double Drop Fiddle Shop

Oklahoma’s largest collection of violins and bows, along with new and vintage guitars and banjos, can be found at the Double Drop Fiddle Shop.

Oklahoma violinist and fiddler Byron Berline was born in Oklahoma and began playing the fiddle at age 5. Though he spent most of his career in Los Angeles, he turned to Guthrie in 1995 and opened up shop. As one of the most respected Oklahoma bluegrass artists, Berline played and performed with such musical greats as The Eagles, Bob Dylan, Elton John, Arlo Guthrie, Willie Nelson, and the Nitty Gritty Dirt Band, just to name a few.

While the fiddle shop sells instruments galore, it also doubles as a music venue. On most Saturday nights, you can catch the legend himself and the popular Byron Berline Band performing bluegrass hits and shows.

9. Solve A Murder At The Stone Lion Inn

The Stone Lion Inn is one of Guthrie’s many bed and breakfast establishments, but it’s also a place of murder.

The Stone Lion Inn hosts murder mystery weekends that include a dinner and a stay overnight in the most haunted hotel in the state. The inn is located in a 1907 Victorian mansion that once served as a funeral home in the 1920s.

Although known for its paranormal hauntings, the inn is most popular for the Murder Mystery Weekends where you and 20 to 40 other guests try to solve a murder. You are given a character and are expected to dress in character, learn your role, and act it out during the 7-course candlelight dinner.

It’s great fun and the inn itself is beautiful … if you don’t mind the ghosts too much!

Pro Tip: Make reservations weeks in advance because you’ll be sent a packet with all of the information about the character you have been assigned. If you register for the evening, make sure to show up, because if you don’t, it affects all of the other characters — just like a play.

10. Breathe In Nature At Lake Guthrie

Lake Guthrie has a fishing dock, two boat ramps and docks, a playground, picnic areas, grills, and fire pits. If camping is your jam, the lake also has eight first-come, first-served campsites.

The lake has four miles of shoreline and is popular with walkers and local fishermen, but permits are required to access the lake’s waters.

Pro Tip: If you are lucky, you might run into a few movie stars in Guthrie. Thanks to the unique Victorian charm, Guthrie has become theatrically known as “America’s back lot” and is a popular site for films that require period settings.

Movies like Rainman, Twister, The Killer Inside Me, Rudderless, and Elizabethtown — among many others — have been filmed in Guthrie, thanks to Oklahoma’s film incentives package. 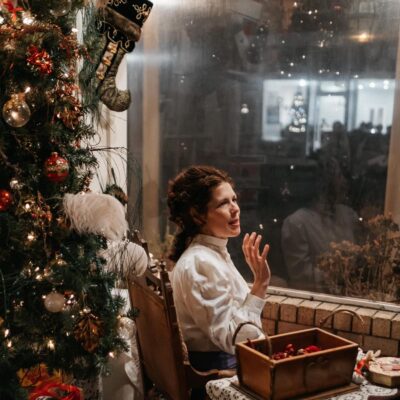 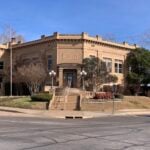 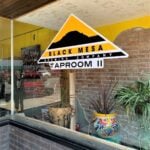 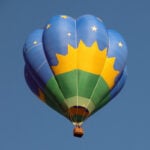