7 Incredible And Moving National Parks To Explore In Alabama

Scattered across the country, there are 423 national parks. Some protect the nation’s incredible natural beauty — places like the Grand Canyon, Yellowstone, and the Everglades. But they protect much more than that. In that number, there are many national battlefield sites and parks, military parks, historical parks, and historical monuments.

Alabama has its own share of national parks, all of which are curated and maintained by the National Park Service (NPS). Many of those bring the history of the state — both the tragic and triumphant — to visitors.

Stepping out of your car at the Horseshoe Bend National Military Park in Daviston, Alabama, you will be immediately struck by the silence and the quiet serenity that surrounds you. But over 100 years ago on this very site at a horseshoe bend in the Tallapoosa River, the bloody and decisive battle of the Creek War was fought. It shaped the course of history for Native American tribes of the region, which culminated in their removal from the land in what became known as the Trail of Tears.

Andrew Jackson’s 3,300-troops attacked the Creek settlement here at the horseshoe-shaped bend of the Tallapoosa River on March 27, 1814. Of the 1,000 Red Stick warriors who fought the battle, 800 were killed.

Begin your visit at the visitor center, where there are displays and a 15-minute film about the battle that will set the scene for you. From there, you have options to tour the park. You can either drive or bike the three-mile loop road that takes you to historic markers that depict key events of the battle, or you can hike an easy 2.8-mile nature trail that takes you to the historic markers and through the forest that surrounds the park and the banks of the wide Tallapoosa River.

The history-making military service of the nation’s first African American fighter pilots is honored at the Tuskegee Airmen National Historic Site in the town of Tuskegee.

The Tuskeegee Airmen became an integral part of the Allies winning World War II, earning 150 Distinguished Flying Crosses in over 150,000 sorties over North Africa and Europe. But the Tuskegee Airmen were not only pilots. The group included radio operators, mechanics, and meteorologists. And they were not only men; women were also part of the squadron.

The site sprawls over two original aircraft hangars that are packed with fascinating and informative exhibits and films documenting their training, everyday life, and their exploits during the war.

The best time to visit is the Saturday before Memorial Day each year for the Tuskegee Airmen Fly-In. It features vintage World War II aircraft, aerobatics, military fly-bys, and lots of food and fun. Visit the site’s online calendar for event dates and times.

The Hangar #1 and Hangar #2 museums are open Monday through Saturday 9 a.m. to 4:30 p.m. and are closed on Thanksgiving, Christmas, and New Year’s Day.

It has been called the “Journey of Injustice,” what the Cherokees called the Trail of Tears. Between 1830 and 1840, these Native Americans were forcibly removed from their homes in Tennessee, Georgia, and Alabama and relocated west, to Oklahoma. Today, their journey is memorialized along the Trail of Tears National Historic Trail.

This NPS-administered driving tour has stops scattered across nine states – Alabama, Arkansas, Georgia, Illinois, Kentucky, Missouri, North Carolina, Oklahoma, and Tennessee. In Alabama, the events of this moment in history are memorialized at several stops, including the Willstown Mission Cemetery. Located near the former site of the Wills Towne Mission that once educated Cherokee children in 1823, records show that 41 Native Americans who died at a camp in nearby Fort Payne during the removal may be buried here.

There are also stops at the Fort Payne Cabin Site, which was established for the removal of Native Americans from the area, as well as Tuscumbia Landing and Waterloo Landing on the Tennessee River, where railroad cars full of Native Americans would arrive to send them by ferry boat across the river to continue the journey westward.

The evening news carried the events from the streets of Selma and the steel-arched Edmund Pettis Bridge. On March 7, 1965, future Georgia congressman John Lewis led over 600 marchers across the bridge to begin a 54-mile walk to the state capitol in Montgomery. Before they could set foot on the other side of the bridge, the marchers were met with billy club-wielding police officers and state troopers who beat and gassed the marchers mercilessly.

The event caused public outrage. The marchers were only able to complete their 54-mile trek along Alabama Highway 80 after the National Guard was placed under federal direction to protect them. They arrived in Montgomery four days later and forced the passing of the national Voting Rights Act of 1965.

The route the marchers took is now a national historic trail that provides a fascinating look into that incredible event in American history.

There are three interpretive centers along the route that provide insight to the march. Your journey begins at the Selma Interpretive Center on Broad Street at the foot of the bridge. Twenty-two miles from Selma is the Lowndes Interpretive Center in Hayneville. The driving tour ends at the Montgomery Interpretive Center. Each center brings to life the tragedy and triumph of the march and the voting rights movement of the 1960s with thought provoking films and exhibits.

Before leaving Selma, be sure to do the Martin Luther King Jr. Street Walking Tour to see many historic sites of the march, including the Brown Chapel AME Church, where the march began.

While in Montgomery, do not miss the National Memorial for Peace and Justice. Eight hundred six-foot-tall steel monuments hang from the ceiling representing each county in the United States where the racial terror of lynching occurred. The names of all of those killed are engraved on each column.

The images are burned into the American psyche — snarling dogs, high-pressure water hoses, billy clubs raised, and the infamous Bull Connor. These were the scenes in Birmingham in 1963 when non-violent protesters were violently attacked by police in an event that would bring the fight for civil rights to national attention. The event is memorialized at the Birmingham Civil Rights National Monument.

The monument is one of the newest NPS sites and is still under development. As of this writing, you can visit the 16th Street Baptist Church, where four young Black girls were killed in a horrific racist bombing in 1963, and across the street, learn of the struggle for equality at the Birmingham Civil Rights Institute. This beautiful facility features many exhibits, including one of the Freedom Rider busses that was attacked in Anniston, as well as interpretive and interactive displays, historical presentations, and annual special events.

The 16th Street Baptist Church is still an active church, but all visitors are welcome. Tickets for the Civil Rights Institute may be purchased online. Admission is around $15 with discounts for seniors, military members, and children.

In 1961, civil rights protestors set out on a series of busses across the Southeast to protest discrimination along the country’s interstates. In Anniston, Alabama, one of the busses carrying these Freedom Riders was violently attacked by white segregationists and members of the KKK — its tires were slashed, windows broken, and the bus was firebombed with the intention of killing the riders inside.

The Freedom Riders National Monument is another driving tour of a tragic moment in American history. The drive takes you to several historic markers that memorialize the event including the Greyhound Bus terminal where one of the busses was first attacked, the site where the bus was burned, and the Anniston Memorial Hospital.

A complete guide to the driving tour and the Anniston Civil Rights Trail is available online (PDF).

When Booker T. Washington was hired on as the first president of the Tuskegee Institute in 1881, hopes were high that it would draw the brightest Black educators from around the country to help educate recently freed slaves. Little did he realize that one of those professors would change the world through his experiments with peanuts: George Washington Carver.

The institute was designated a national historic site by the NPS in 1974 making it the first — and only — university campus to receive this honor.

Located on the campus of Tuskegee University, the institute honors both Washington and Carver with tours of Washington’s home and a fascinating museum covering Carver’s life with rare photos and interpretive exhibits. You can also pay your respects to both men who are buried in the campus cemetery.

The site is open daily from 9 a.m. to 4:30 p.m. Stop by the visitor center for the schedule of the site’s regularly scheduled guided tours. 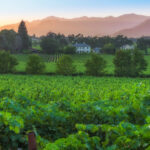 Canada14 Of The Best Shakespeare Festivals In Canada (2021) 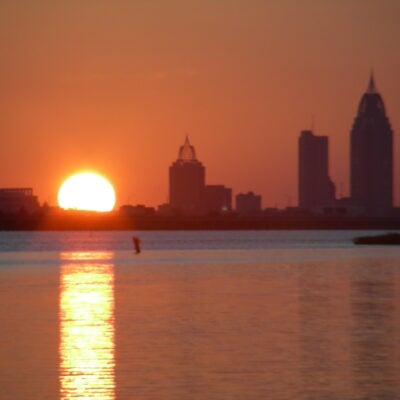 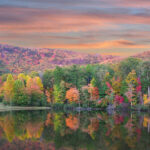 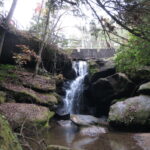 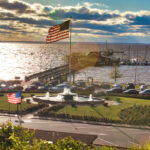