How To Spend A Perfect Day In Pisa, Italy

Pisa is pretty much on everybody’s to-do list when visiting Italy. Not only does it lie within beautiful Tuscany, an easy drive from Florence, Siena, Lucca, and the Ligurian Sea, it also has that world-famous leaning tower that so invites tourists to pose for silly pictures.

But that is mostly it, or so people think. Travelers come to see the tower, pour en-masse out of coaches and cars, head straight to it, and then turn around and leave again, completely ignoring the rest of Pisa.

The city of Pisa has been inhabited for well over 2,000 years (by the Ligurians before it became a Roman colony), and it is bursting with history and charm. To just see the tower means missing out on a lovely Tuscan city that can occupy visitors for a day or two, easily.

Let’s get that tower out of the way first. The Leaning Tower of Pisa has been leaning from the start. The foundations of the tower were laid in 1173, but due to regional battles and politics, it was not completed until 1372. It has been leaning ever since due to the soft ground underneath, and several attempts at righting it have failed. But that is just as well, as its tilt adds that certain charm. Even though it may not look like it, the tower is in fact the bell tower of the cathedral next to it, and, if you wish, you can climb the 297 steps up to view the bells, silenced for more than a century in response to fears that their vibrations will tilt the tower further.

Editor’s Note: For more on why you should go to the Leaning Tower, consider TravelAwaits contributor Peggy Cleveland’s “My Biggest Travel Regret: Not Climbing The Tower Of Pisa.”

The second must-see sight on the Campo dei Miracoli, the Place of Miracles, is the cathedral, the Duomo de Pisa, whose bell tower is the Tower of Pisa. Consecrated on 26 September 1118, it is a truly magnificent building inside and out. The striped and columned facade is set off with rich decor inside. More columns, a high, golden wood ceiling, and plenty of golden decor and paintings make this just beautiful. The intricate marble pulpit by sculptor Giovanni Pisano is an absolute highlight.

The third structure on the field of miracles is the Baptistery, the round, domed structure next to the cathedral. I have to confess that this is my personal favorite structure on the square. With the complicated decor on the outside, it looks like someone went completely overboard with the decorations, but the intricate marble carvings are just lovely. Inside, the tall circular space with its columns, the marble floor, and the views from the upper story are simple but stunning.

The Camposanto, the Holy Field, is a rather unusual cemetery that rounds off the foursome that is the Campo dei Miracoli. This, the largest building of the lot, was built in 1277 to “tidy up” the graves associated with the cathedral. A rectangular construction with columns and shaded walkways akin to a cloistered courtyard, this is a serene space that is a must-see while you’re there.

Pro Tip: When it comes to tickets, you can choose how many monuments you would like to visit and pay accordingly. If you opt for all, you also get access to the Sinopie Museum and the Opera del Duomo Museum.

When leaving the Field of Miracles, walk past the Piazza Dei Cavalieri with its Renaissance buildings and statue of Cosimo I of Medici, Tuscany’s first Grand Duke, across the Ponte di Mezzo spanning the Arno river to Palazzo Blu. This beautiful medieval building, painted blue as the name suggests, hosts regular, temporary art exhibitions and cultural events, so it pays to check what exhibition will be on when you are visiting before booking a ticket.

You will have already glimpsed the river when crossing the bridge, and no doubt have been tempted to stroll its banks lined with burnt orange and terracotta-painted buildings. If you walk upstream (inland), before long, in roughly a mile, you will have reached the edge of Pisa, walking toward green fields and Pisa’s second leaning tower. The bell tower of the San Michele Degli Scalzi church, built between 1152 and 1171, leans at an alarming 5-degree angle, which is a steeper angle than that of the more famous bell tower on the Field of Miracles.

Pro Tip: You will be ready for a well-deserved rest now, so stop at the lovely bookstore-cum-cafe Caffe Letterario Volta Pagina for a coffee and a book.

Borgo Stretto and the Corso Italia are the main shopping drags in Pisa and offer stores for everything from high street brands to luxury labels. Stretching on both sides of the Arno connected by the Ponte di Mezzo, they are both pedestrianized narrow paths dedicated to shopping. Unfolding between lovely old buildings, lanes to either side open to little squares and courtyards, and even narrower lanes are full of the oh-so-cliched wash hanging between buildings, plus plenty of little cafes and restaurants. Don’t just shop, but stroll, and veer off to the sides occasionally as you go.

The Piazza delle Vettovaglie, literally the Supply Square, was built during the Medici rule in the 16th century and has held a market of some description ever since. The Vettovaglie’s fresh produce market is open every day except Sundays between 7 a.m. and 3 p.m., spilling over from the market square under the yellow arches and into the neighboring lanes. Fresh fruit and vegetables from the region are sold side by side with local specialties, from salamis to hams, cheeses, wine, olives, and pastas. The yellow arches house a number of small cafes and bars which make it a perfect stop any time of the day, with the choice of drink you’ll have in front of you changing according to the angle of the sun and the type of nibbles you bought at the market.

Pro Tip: There are the cuisines of Italy and Tuscany, but also the more local specialties of Pisa to discover, and that is best done on a food tour with someone local leading you through narrow lanes and into restaurants you would not have found on your own. Learn and eat as you go.

Head back to the other side of the Arno via the Giardino Scotto, formerly Cittadella Nuova, a lovely park set within the old remains of a fortress dating to the mid-1400s. Cross the Arno via Ponte della Fortezza and head to the National Museum of San Matteo. This museum is a treasure trove of medieval art, religious and otherwise, paintings, sculptures, religious artifacts, even a display of the evolution of the crucifix, all in a beautiful old setting.

After mostly religious displays, you might want to add a scientific point of view or two, in which case the nearby Museum of Human Anatomy, with a vast number of anatomical specimens brought together from across Italy and further away, and the Pathological Anatomy Museum next door might interest you.

If you decide to stay the night or spend at least the evening in Pisa, the Verdi Theatre would be a lovely spot to end your day. This is a beautiful theater offering regular concerts, plays, and opera performances right in the old town.

For fans of Puccini in particular, the annual Puccini Festival just a few miles outside of Pisa on a stage in the lake Lago di Massaciuccoli is a must-attend. The huge purpose-built open-air stage set up by the lake with the water and the Apuan Alps in the background attracts top productions and artists every year.

Tuscany: The Province Of Pisa And Beyond

When coming to Pisa, do plan a few side trips or stops along the route of your Tuscan trip. The ancient city of Lucca is merely 13 miles from Pisa and offers not only medieval walls; a cathedral eerily similar to the Cathedral of Pisa; the wonderful Torre Guinigi with trees growing on the top, and the amazing Piazza dell’ Anfiteatro, an oval square built according to the ruins of a Roman amphitheater.

Or head to the pretty coastal town of Livorno, 15 miles from Pisa, with its tempting ferry connections to Corsica, France.

Whether you choose to spend one day or two in Pisa, however pressed for time you might be, please do not “just” come to Pisa. This region of Italy offers something spectacular at every corner. There is so much history and beauty in both the communities as well as the countryside of Tuscany, that it demands a serious chunk of your time. This is the place in the world to take your time, veer off course, explore, and most of all, take it easy and smell the pizza and the wine along the way. 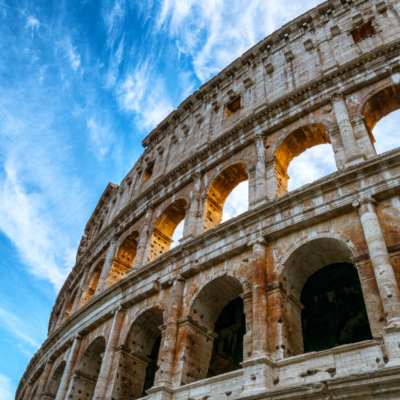 Italy12 Tips On How To Eat Like A Local In Italy 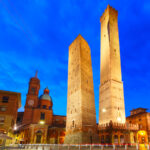 ItalyBeyond Pisa: 7 Other Italian Leaning Towers Worth A Visit