6 Fantastic Things To Do In Quaint Litchfield, CT

Called by many “New England’s most beautiful town,” Litchfield, Connecticut, is probably the finest surviving example of a late 18th-century New England town, with its buildings still lovingly cared for by residents and owners.

Thanks in part to its designation as a National Historic Landmark, 21st-century visitors are able to see sections of Litchfield in much the same way as those who lived there more than 200 years ago.

The town was founded in 1719 and for 100 years was an active business and legal center. When you walk the streets of Litchfield, you can almost feel your blood pressure decreasing with every step, especially when you pause to view the pristine Litchfield Town Green. There you can feast your eyes on the beautifully preserved homes that line the eminently walkable streets.

The First Congregational Church of Litchfield, founded in 1791 and rebuilt in 1828, is perhaps the most photographed church in New England, with its Greek Revival simple lines, black shutters, and white spire. Harriet Beecher Stowe, author of Uncle Tom’s Cabin, and her abolitionist brother, Henry Ward Beecher, were born in Litchfield in 1811 and 1813, respectively; their father, Lyman Beecher, was the pastor of the church, in addition to being a prominent educator and reformer.

There is much more than memorable architecture and history in Litchfield, though. There are places to hike, bike, stroll, meditate, ride horses, drink wine, and drive around the magnificent Litchfield Hills.

Getting to Litchfield by car from New York City or points south is not difficult. It takes about two hours from the city, but much longer by train or bus (and the routes are pretty labyrinthine, with the last leg by taxi).

You can take a self-guided tour (maps can be bought at the Litchfield History Museum or downloaded for free here). Most tours are 45 minutes to 1.5 hours long and are wheelchair accessible. There are also bus tours.

Past walking tours arranged by the Litchfield Historical Society include a tour of the Tapping Reeve House and Litchfield Law School, “Heroes of the Revolution: Litchfield during the American Revolution,” “Homes and Histories: Architecture of Litchfield,” and “Slavery Here: The Life of William Grimes,” which explored the life of a man who escaped slavery and settled in Litchfield. In 1825, Grimes wrote what is considered to be the first fugitive slave narrative.

Here are just a few of the buildings to visit on or near the town green:

Founded in 1792, the Litchfield Female Academy was revolutionary in its goal of teaching girls the same subjects as boys studied. Over 3,000 women attended the school before it closed in 1833. While the school is no longer standing, a marker on North Street in Litchfield shows where the school was located. The Historical Society’s library has more information on its history.

The earliest commercial building in Litchfield is Dr. Reuben Smith’s office and apothecary shop. It was built in 1781 and moved to its present location in 1812.

One of the oldest buildings in Litchfield, the Painter House was first located in West Haven, Connecticut. A local Litchfield family saved it from being destroyed and moved it to its present location in 1959-60. The property is the former homesite of the famed Beecher family.

Besides Lyman Beecher’s First Congregational Church on the green, there are several other historic houses of prayer.

The Haight Brown Vineyard is the oldest winery in Connecticut. The vineyard produces Seyval Blan, Marechal Foch, Chardonnay, and Cabernet Sauvignon wine grapes. Food and wine are served on the outdoor patio, and you can sign up for classes and events throughout the year. Check out the Haight Brown Vineyards’ Litchfield Challenge, an outdoor scavenger hunt “with clues that need to be solved to determine real-life locations in the town of Litchfield.”

Other spots on the wine trail include Connecticut Valley Winery and Jerram Winery, both in New Hartford; Hopkins Vineyard in Warren; Miranda Vineyard and Sunset Meadow Vineyards, both in Goshen; Walker Road Vineyards in Woodbury; and Bethlehem Vineyard and Winery in Bethlehem. Check on opening dates and times.

Probably the most popular green space near town is the White Memorial Conservation Center, the largest wildlife refuge in Connecticut. There are some 40 miles of trails for walking and hiking (ranging from an easy and short interpretive nature trail to the moderate Five Ponds Orienteering Course). There are also bike trails here, as well as numerous ponds for kayaking.

Right outside of town is Ripley Waterfowl Conservancy, one of the largest collections of birds in North America and home to over 80 species from all over the world. The conservancy, established by ornithologist S. Dillon Ripley and his wife, entomologist Mary Livingston Ripley, is a breeding facility focused on maintaining the genetic diversity of rare and endangered species. Today Ripley Waterfowl Conservancy spans roughly 150 acres and includes a 16-acre network of fenced aviaries, ponds, and barns. There is also an education center for children and adults.

Wisdom House is an interfaith retreat and conference center set on 70 acres near Litchfield. The site is a former college and convent for Catholic sisters. The farmhouse dates back to 1770, and there are other historical buildings on the site (as well as a labyrinth, reflection areas, and an in-ground swimming pool). All of these spaces have views of the forests and meadows and are inspiring to experience. The center offers programs (many free of charge) on art, ecology, health, and spirituality.

Visiting Topsmead State Forest is like stepping back in time, with tours (starting in June) of the Edith Morton Chase homestead (with its 17th- and 18th-century English antiques). There are also trails, pathways, and gardens to wander. Bring a picnic!

6. Take A Drive Through The Litchfield Hills

As you meander from town to town, you’ll pass covered bridges, waterfalls, farm stands, and rolling hills — even more soul-stirring in the fall, when the foliage is magical.

One good route is from Kent through Warren on Route 341; drive south to New Preston and continue on Route 47 to Washington; drive east on 109 to Route 63 and then back up to Litchfield. Other lovely New England towns a bit farther north include Sharon, Canaan, and Cornwall (with a lovely covered bridge).

This northwest corner of Connecticut was known during the 18th and early 19th centuries as “Connecticut’s wilderness.” Today it is not quite so wild, but you don’t really have to close your eyes to imagine how things might have been in the earliest days of American history. History is right before your eyes. 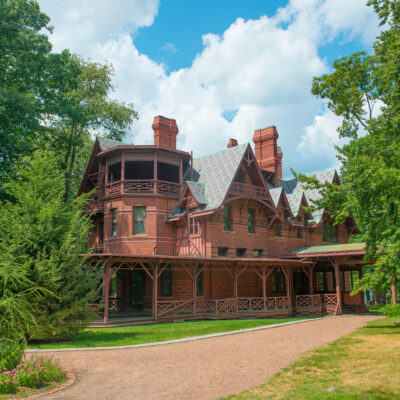 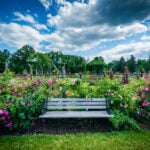 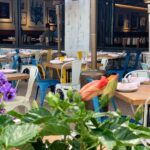 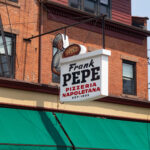 ConnecticutForget NYC, Why These 6 Places In Connecticut Are Perfect For Pizza