At 3,288 miles, Michigan has the longest fresh-water coastline in the United States. With that, Michigan also has the most lighthouses of any state in the nation. Each lighthouse has a unique look so that sailors can quickly determine their location.

Here are seven of my favorite lighthouses along Michigan’s west coast on Lake Michigan. Starting from the north, take a road trip and explore these seven, and you’re sure to find others along the way to add to the list.

Big Sable Point Lighthouse is in Ludington, surrounded by Ludington State Park. Initially built of Milwaukee Cream City brick, the 112-feet tall lighthouse sustained damage from Lake Michigan’s severe weather, so in 1905, they added a protective steel layer. Then they painted it with black-and-white stripes.

In 1949, Big Sable Point Lighthouse was the last Great Lakes light to receive electricity. You’ll find this lighthouse on both the State and National Registers for Historic Places. From early May through late October, you can tour the lighthouse. What was once the lighthouse keeper’s living quarters is now a gift shop.

Pro Tip: The lighthouse is a mile and a half walk from the parking lot. Occasionally they have “Bus Days” where you can avoid the walk and take the bus.

In Silver Lake State Park, the 1874 tower stands 107-feet tall, lit with the original Third-Order Fresnel lens. Little Sable Point Lighthouse is the tallest lighthouse in Michigan, and it takes 130 steps to climb to the top. The lighthouse is open seasonally from late May until late September for those who want to explore the inside and take in the stunning lake views from the top.

Pro Tip: Musicians play mid-week evening concerts on the beach during the summer. The tower is open for climbing on concert nights.

When the U.S. Lighthouse Service built the 1903 tower, they put the original 1870s lighthouse top on the new structure to save money. Lit in 1903, the light guided boats from Lake Michigan up the Muskegon River. Located at the south pier’s end, the 48-foot-tall Muskegon South Pierhead Light has two spiral staircases and a shipman’s ladder. You can view the South Pierhead Lighthouse from the beach or by boat.

Located at the channel leading to Lake Muskegon from Lake Michigan, the South Breakwater Lighthouse is a 63-foot pyramidal light tower built in 1931 about a half-mile offshore.

Lighthouse Keeper docents provide 15-minute tours that share the lighthouses’ history. Take a tour of the lighthouse area using your cell phone. Notice the signs with the cell phone tour and stop numbers. You’ll also find a scannable barcode that takes you to the lighthouse website too.

Pro Tip: You can park at the beach or by Margaret Drake Elliot Park.

Located in Grand Haven, Michigan, Grand Haven South Pier Inner and Outer Lighthouses are fire-engine red, both lit in 1905, and sit on the pier. A round, 51-foot-tall inner light; and a house-shaped fog and lighthouse.

Grand Haven’s elevated walkway allowed access to the land’s lights, even when ice and snow buried the pier. Grand Haven’s catwalk is one of the few remaining as Lake Michigan’s elements have taken their toll. The catwalk has been restored and lit with white twinkle lights. The lights have no public access, but you can enjoy them from the outside.

Pro Tip: While they are working on the pier, you can still access the boardwalk and see the lighthouses from Grand Haven State Park. You can also take North Shore Drive in Ferrysburg to the north pier for viewing. You’ll find public parking located on the river channel’s north side.

Holland Harbor Lighthouse is located at the south end of the Holland Channel on the city’s south pier. The locals refer to the cherry red lighthouse as “Big Red.” But this wasn’t always so. Initially, the steel tower and fog signal building were a pale yellow, with a dark maroon base. In 1956, the Coast Guard changed the color to bright red to meet the navigation aid requirements.

When fog rendered the light warnings useless, the lighthouse keeper used a fish horn to warn sailors, but in 1907 they installed boilers to produce steam and used a locomotive whistle for a louder signal.

In 1934, they wired the lighthouse for electricity and installed electric air compressors for the foghorn. Then the light came on automatically, and the foghorn could be activated remotely, leaving the lighthouse keeper out of work. In 1936 they installed air-powered foghorns using electricity for air compressors rather than steam. The fog signal building and the light tower were adjacent structures until 1936 when the Coast Guard combined the two structures.

Lighthouse tower tours are infrequent. Holland State Park’s beach offers the best view of Big Red from across the channel. Take a walk along the park’s wheelchair-accessible boardwalk to the north pier. Mt. Pisgah has another stunning view, where the dune staircase takes you 157 feet above sea level.

Pro Tip: If you enjoy camping, Holland State Park has two campgrounds and two camper cabins that offer views of the lighthouse.

Located at the Black River’s mouth, the South Haven South Pierhead lighthouse sits at the south pier’s west end. Lit in 1872, the light is still in operation. The current tower replaced the original 1872 wooden building, while the original catwalk links the lighthouse to the shore. Built in 1903, the South Haven Lighthouse has a black lantern crowning the red cylindrical tower. They installed a Fifth-Order Fresnel lens made in Paris. In 1913, the tower’s original location was considered unacceptable, and the cast-iron lighthouse was moved 425 feet to the end of the pier.

They built the lighthouse keeper’s home, a two and a half story, hipped-roof house made from wood in 1872. Today that home is located at 91 Michigan Avenue and serves as the Marialyce Canonie Great Lakes Research Library.

While the tower isn’t open to the public, visitors can walk on the pier, and photographers can take pictures from the south and north beaches.

Pro Tip: Clementine’s in downtown South Haven is an excellent place to eat after enjoying a day at the beach. The building, a former bank, makes an attractive setting, and the menu features Michigan ingredients such as cherries and yellow lake perch.

Located at the mouth of the St. Joseph River, on Lake Michigan, the Outer Lighthouse is a round 35-foot white tower plated in cast iron and topped with a black watch room and 10-sided lantern. The fixed light contains a Fifth-Order Fresnel lens. The St. Joseph North Pier Inner Lighthouse, located in the middle of the North Pier, connects by an elevated catwalk to the outer light.

They erected lights as early as 1832, making it the first lighthouse on Lake Michigan. In 1859 a round stone tower was built and was replaced by the current lights.

In 1907, the St. Joseph pier was extended by 1,000 feet, making the 1859 lighthouse obsolete and requiring an increase to two lights that would serve as range lights. They replaced it with today’s North Pier Inner and Outer Lights. Their original catwalk still joins the lights. You can’t go inside the light towers, but you can enjoy walking the pier to see the lights up close.

The Inner Lighthouse was built in 1898 and rebuilt in 1907. The building is white with a red roof, and the lantern room is black. A 26-foot square steel-framed fog signal building has an octagonal light tower on a hip roof. The lantern room contains a Fourth-Order fixed Fresnel lens. They manufactured both the inner and outer lights in Paris. 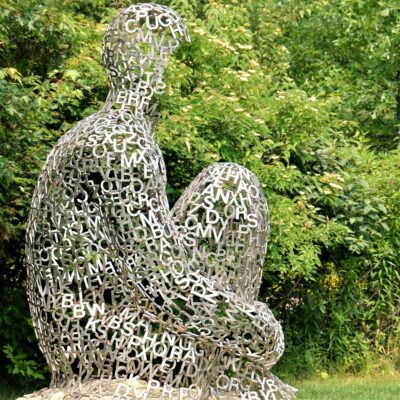 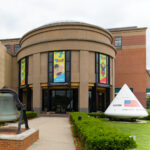