Craft breweries are about flavor, of course, whether it’s the hops, the malt, or the roast that influences it, but often the quality and subsequent popularity revolve around location. And if there’s such a place as the perfect destination for a craft brewing bonanza, Asheville, North Carolina, might be it.

With an inspiring mountain backdrop of the highest peaks in the Eastern U.S. that provides touted mountain water for brewing, Asheville is a top U.S. craft beer destination. While the water is one reported benefit of the beer, the other ingredients used — grain, yeast, and hops — are locally available as well. Many of the breweries utilize additional local ingredients that represent the Appalachia area such as pumpkins, carrots, strawberries, honey, and other foods.

It started in 1994 when a retired engineer named Oscar Wong opened Asheville’s first craft brewery, Highland Brewing Company. Wong’s success set the bar for a wave of local breweries — 51 in the Asheville area and growing — and even drew national breweries to set up shop there as well. Asheville now boasts more breweries per capita than any other U.S. city and offers approximately 100 local beers to imbibe.

The personality of the area mixed with a vast variety of beers to sample lends to a unique brewing atmosphere. And each brewery puts its own spin on the craft, whether it’s a unique flavor profile, incorporation of beer into food and other products, or the use of only locally sourced products.

While millennials may have been a force in launching the craft brewing movement, the desire for unique and flavorful brews brings craft beer lovers of all ages to visit these innovative breweries. Because taste and a preference for full-bodied beer have no age limits, you’ll find visitors of all ages enjoying a craft beer.

Known as Beer City USA, in addition to a multitude of breweries, you’ll discover brewery tours, beer festivals, and a vibrant craft beer scene. Here, in no particular order, are nine of the best Asheville breweries to experience:

In addition to creating premium beer, Highland Brewing Company’s mission includes making a positive impact in the community. To do so, in 2019, they redefined this mission and, in 2020, began implementing steps to strengthen community relationships. They chose five areas of focus: Natural Resources, People in Need, Animals in Need, Health and Wellness, and Cultural Resources. Then they found five non-profits to align with to form partnerships.

Try one of their year-round selections such as the Gaelic Ale (5.5% ABV) — the first craft beer created in Asheville, one of the seasonal flavors, or one of the limited release options such as the Black Watch, a double chocolate milk stout (8% ABV). Or sample a myriad of flavors and purchase a variety pack to go.

In addition to Highland’s brewery, you can soon enjoy their historical brews at the taproom at S and W Market (opens spring 2021). This curated food hall concept is located inside Asheville’s iconic art deco masterpiece, the S and W Building (created by architect Douglas Ellington and considered one of his most refined projects) with restaurants hand-selected by four-time James Beard-nominated Chef Meherwan Irani. With bars on two levels and food stalls including Bun Intended, a Thai food truck, the combo of a historic setting, craft beer, and progressive food choices is located in downtown Asheville.

At DSSOLVR, they’re blending the old with the new with a passion for fermentation. They call themselves a beverage company instead of a brewery. They provide beer and non-beer fermented beverages such as wine, cider, mead, and non-alcoholic beverages, working with local farmers, artisans, and makers.

One such collaboration is their Friends of the Hart (7.1% ABV), a mixed-culture IPA created in collaboration with Atlanta Brewing Co. Or try Seeker of the Serpent’s Eye — Helles Lager (5.6% ABV) in partnership with Pleb Urban Winery’s Seyval Blanc grapes.

A new partnership with Highland Brewing Company created the breakfast stout that took a high-ABV stout brewed at Highland and mixed it with a low-ABV stout made at DSSOLVR. The mix was then fermented in bourbon barrels to create a hybrid flavor profile.

Pro Tip: A new barbecue venture, Ash and Brine is a pop-up restaurant at DSSOLVR where you can taste wood-smoked meats with innovative sides and small plates such as grilled radish with mint or pistachio and honey-truffle chevre. Ash and Brine is open on Thursdays and Fridays.

If you enjoy a malty profile, try the Red Rye IPA (7.2% ABV) brewed using Carolina rye and local malts. For pumpkin flavor without the spice, try the Pumpkin Porter (5.8% ABV) that’s mashed with organic, fire-roasted, and caramelized Candy Roaster Pumpkins and followed with a second fermentation with local sorghum molasses.

Pro Tip: Turgua Brewing Company has recently moved to a new location that provides lots of open space with a creek nearby.

Take in the mountain views outdoors on the spacious deck at Whistle Hop Brewing Company. Also outdoors on the 3-acre property is a pet- and family-friendly playground that includes a 6-hole miniature golf course, a culvert slide, disc golf, mini bowling (and other games), a train-themed fire pit, picnic tables and benches, and charcoal grills.

Indoors, play board games while sipping a brew inside the 1969 Norfolk and Western caboose, or listen to live music inside the 1941 Southern Railway boxcar at this train-themed brewery.

In addition to the beer offerings, there’s a full wine, cider, craft soda, and snack selection to choose from.

For those who enjoy a dry stout, try the Whistle Hop version of this Spanish concoction, the Cafe Miel Dry Stout, with a coffee kick.

Pro Tip: The elevated cupola seats in the caboose, if you can snag one, offer a nice view of the surrounding mountains.

Hi-Wire Brewing opened in 2013 and has quickly become a favorite with a second Asheville location and sites in Durham and Knoxville, Tennessee (and Wilmington is coming soon). In addition to easy-drinking lagers, the brewery has earned acclaim for its tart kettle sours and complex wild ales.

While their beers are known as “balanced and approachable,” the company isn’t afraid to experiment when it comes to their barrel-aged sours, wild ales, recipe development, and small-batch creations.

Try the Blueberry Sour, a sour ale with blueberries, or the White Grape Grisette, made with sauvignon blanc grapes.

Pro Tip: The sour beers are produced in small batches and sell out quickly.

Archetype Brewing’s goal was to open something “experimental and funky” while reflecting the neighborhood’s culture. The vision at Archetype is to showcase the flavors of the area by using local ingredients, creating dynamic events, and continually experimenting with the brewing process.

Their mission is to provide complex, mindful (remaining conscious of the ingredients and how they’re brewed), and living (using yeast experimentation to create nontraditional flavors) beer.

Pro Tip: They’ve added shaded outdoor seating and plan to add a rooftop deck soon, which is a first in West Asheville.

In addition to two Asheville locations, Burial Beer Co. has a location in Raleigh, too. The art of brewing is highlighted in the beautifully decorated art on the cans and bottles. Try their Until It Ceases To Be (8.5% ABV), an India Pale Ale with a base of pils and oats saturated with Citra Incognito and Citra Cryo, and a triple dry-hopping with Citra pellets and Citra Cryo.

Asheville Pizza And Brewing mixes fun with beer at three locations, each with a different focus. In North Asheville, you’ll find a family-friendly environment with a game room, pub food, and of course, fresh brews. The downtown location is where the brewing happens and, in addition to a full bar, enjoy beer and food from the covered patio. In South Asheville, you can pick up pizza and beer or have it delivered.

Although they call it pub food, the food is far from the standard fried and unhealthy versions you might expect. Try the farm-raised beef burger, or choose vegan and vegetarian options such as the spinach burger. The menu specials include seasonal and locally grown produce. Or order their award-winning pizza alongside the 2019 Carolina Mountain Monster Imperial Stout (11.1% ABV), which has a complex malt character and black color.

Pro Tip: Wanting more unique beer creations? Stop by Vortex Doughnuts to taste one of their beer-themed doughnuts. The selections change daily, but a favorite is the Rotating Tap, a beer-glazed doughnut topped with beer malt, peanuts, and pretzels. Or try one of the beer ice cream flavors at The Hop Ice Cream Cafe. 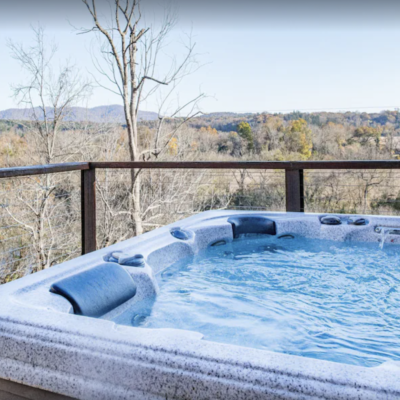 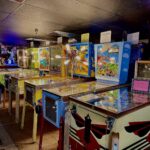 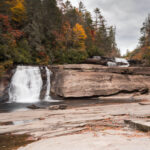