2021 State Fair Schedule: The Full List Of Cities And Dates

State fairs bring the fried treats, candied apples, all-American competitions, and amusements we’ve all been pining for. Whether you want to support the home team by attending your state’s fair or you plan to road trip across the country to experience something new at a state fair far away, consult this list of all the state fairs taking place in 2021 and plan your state fair day — or multi-day getaway — accordingly. If your state fair’s dates aren’t listed yet, don’t hesitate to bookmark this page as we will update it regularly! 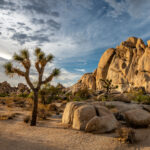