Bastogne, a small town in southern Belgium, sits in rolling farmland, surrounded by stands of the Ardennes forest. It likely would have remained unknown to the world, but Bastogne suffered the misfortune of being caught in the Battle of the Bulge, one of the largest land battles of World War II. When you visit this lovely Belgian area, you can learn more about what took place here in the winter of 1944 to 1945.

Just a few months earlier in September of 1944, the Allies liberated Bastogne. Residents settled in for a time of calm as the war wound down. Then, in mid-December, the Germans struck. Their goal was the Port of Antwerp, and when they failed to take Bastogne on their way, they forged ahead around it to create the “bulge.” Still, the Germans needed this town. Bastogne lies at the center of seven roads, and these were crucial for moving troops and supplies. One by one, the roads fell to German control. By December 21, the American troops in Bastogne were surrounded. With cloudy skies making airdrops impossible, the troops were stuck with little ammunition, food, winter clothing, or medical supplies.

Against the odds, American soldiers held the entire perimeter through attack after attack. When you visit Bastogne, you’ll learn the story of what happened here that winter. You’ll walk the town streets and the forest paths. You’ll understand more clearly the bravery and courage of the men and women caught in that fierce struggle.

Here are a number of World War II sites to visit in Bastogne.

The newly updated Bastogne War Museum offers interactive exhibits focused on World War II and specifically the Battle of the Bulge. The goal is “total history immersion” for the visitor. The museum is a good place to start your visit, as it gives you an overview of Bastogne during the war.

The artifacts and scenes from wartime are fascinating. But most moving are the video testimonies you’ll hear from eyewitnesses of the Battle of the Bulge. Some of these people were children at the time and witnessed the war from their homes. Some were in the military, far from home. You can’t help but imagine how you would have reacted and felt during those uncertain days.

The beautiful Mardasson Memorial sits just outside the Bastogne War Museum. The star-shaped memorial honors the American soldiers who were wounded or killed during the Battle of the Bulge. Names of the states and battalion insignias decorate the memorial. Walk through the atrium in the star’s center, and then climb the stairs to the top of the memorial for a sweeping view of the town and surrounding forest.

The museum is open daily except on Mondays. Allow 2 hours to visit the museum and about a half hour to see the Mardasson Memorial.

The main square of the town is easy to find and worth a visit. It’s named for General Anthony McAuliffe, the leader of the Allied troops who defended Bastogne in 1944. Not only will you find a bust of the general here, but a Sherman tank that was damaged in the battle stands guard at the edge of the square.

Restaurants line the square, including the Nuts Cafe, named for one of the battle’s most interesting stories. When the Germans encircled the town in December of 1944, they sent men to McAuliffe’s headquarters to ask him to surrender within 2 hours, as his situation seemed hopeless. His famous one-word reply? “Nuts!” And so, the Germans returned to their lines without a surrender. Morale among the beleaguered American troops soared after they heard of this gutsy reply that’s gone down in history.

This is the woods where the Easy Company of the 101st Airborne Division dug in. The 101st Airborne spread out in a thin line all around Bastogne, but the Bois Jacques is the place where you can still see some of their foxholes. This land, protected since 2017, can’t be cleared or bulldozed.

Look for two memorials in this area. One is on the Bizory-Foy Road before you enter the forested area. This memorial honors the Easy Company and is titled “May the world never forget.” The inscription reads, “The circumstances were dreadful, with constant mortar, rocket and artillery fire, snowfall, and temperatures below -28 Celsius at night with little food and ammunition. The field hospital had been captured, so little medical help was available.”

During the Easy Company’s grueling time in Bastogne, 14 men were killed, 32 were wounded, and another 21 were evacuated due to cold-weather illnesses.

The other memorial in this area is at the entrance to the woods. It was put up in 2015 to honor the courage and heroism of the American troops who fought in the Ardennes during the winter of 1944 to 1945.

The Bois Jacques is the perfect place in Bastogne to pay your respects to all the men who held on despite adversity to the town’s crucial crossroads. This is truly hallowed ground.

Located in a former Belgian Army officers’ mess, the 101st Airborne Museum is a gem. The historic building is small enough that you feel like you are visiting someone’s home. Extensive collections of military artifacts from the 101st are displayed, along with helpful maps. The window scenes of the war are life-sized and transport you to the Bastogne of the 1940s.

The opportunity to participate in a bombing raid was the most memorable part of the visit for me. Downstairs, a large area was transformed into an air raid shelter. A recording of an actual bombing played while we sat in the darkened room and felt the room shake from the blasting. A baby cried, and people shouted. It was an amazing immersive experience.

5. Home Of Renee LeMaire, The Angel Of Bastogne

Renee LeMaire, known as the Angel of Bastogne, was a nurse killed in the bombing on Christmas Eve of 1944 while tending to wounded Allies. Her devotion to the suffering soldiers is portrayed in the Band of Brothers series.

Her childhood home is today Giorgi, an Italian restaurant and hotel on the corner of McAuliffe Square. The medical station where LeMaire served was nearby on the main street of town. The building took a direct hit during the bombing. Later, friends carried her body around the corner to her parents’ home.

Take in history while you eat at this restaurant. While those around you may be unaware of the history of the former house, you will know that an angel once lived there.

Drive to the outskirts of northern Bastogne to visit the town of Foy. This is where the Easy Company fought after General George Patton broke through with his tanks to relieve them from their post at Bastogne. In the Band of Brothers series, the seventh episode covers the battle for Foy, which took place in January of 1945.

Today, this sleepy country town looks much the same as it did during the war. People hid in the cellars of their homes during the battle. The building where a sniper shot from a high window still stands, bullet holes and all. The yard the young soldier Frank Perconte ran through and got shot in his rear end looks just the same.

The forest on the edge of the town is where the Allies dug in before the battle. You can still see signs of the foxholes and will better understand the perspective of the Allies as they planned how to liberate Foy.

Liberty Road Markers trace the path through Europe taken by the American troops, starting with the landing in Normandy, France, and ending in Bastogne. A French mayor worked with General Patton to design the project. From Utah Beach to Bastogne, these white markers with the red flame of liberty stand at every kilometer and number 1,147 in all. Look for the final marker of this long trail at the intersection of Rue de Clervaux and Route de Bizory near the Bastogne War Museum.

While you can visit the museums on your own, I highly recommend a guided tour of the battlegrounds and the town of Foy. You can find the foxholes on your own, but with a tour guide you will hear fascinating stories as well. I spent a day with historian Reg Jans of Battlefield Experience. He has led tours for veterans returning to Bastogne and talked with them about their experiences here. They are gone now, but you can hear their memories by touring with a local like Jans. It’s these stories that make the events of Bastogne come alive.

I recommend preparing for your visit by watching the superb Band of Brothers series by Tom Hanks and Stephen Spielberg. The sixth and seventh episodes cover the events of World War II in Bastogne.

The echoes of the past are everywhere in Bastogne. And by remembering, we keep alive those lost too soon. Walk in the footsteps of the soldiers, medical helpers, and townspeople. You will certainly never forget this experience. 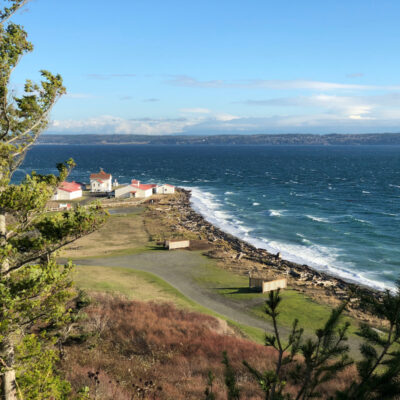 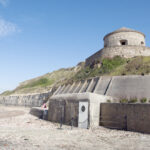