Because I live in Kansas and long ago tired of Wizard of Oz comments, I am not going to perpetuate another Midwestern stereotype. So I won’t open this article by saying how shocked I was that Detroit was more than a rusted-out city in the old Rust Belt.

While there are a few neighborhoods you’d do well to avoid (and aren’t there in every city?), the biggest city in Michigan faces Canada across the Detroit River and is full of truly beautiful places. The cuisine scene is out of this world, and the city’s many museums have enough exhibits to keep this nerdy girl busy for weeks.

From art to history and music to motors, here are eight museums you shouldn’t miss when you visit Detroit.

One of the largest history museums in the United States, The Henry Ford is located in the Detroit suburb of Dearborn, about 15 minutes northeast of the airport. The complex actually comprises three attractions: a museum dedicated to American innovation, a living history experience, and a factory tour.

At this Detroit museum, you can climb aboard the bus where Rosa Parks refused to obey segregation laws and relinquish her seat to a white man. You’ll also see the limo that was carrying President John F. Kennedy when he was assassinated in Dallas. A Model T, the Oscar Mayer Wienermobile, an early Volkswagen Beetle, George Washington’s camp bed, and Thomas Edison’s last breath (preserved in a sealed test tube!) are some of the museum’s other attractions.

Round out your visit with a Ford Rouge Factory tour that showcases the end-to-end assembly of a Ford F-150 pickup.

You can explore centuries of history in one spot at the Detroit Historical Museum. From a fur-trading post to the last stop on the Underground Railroad to America’s Motor City, Detroit has worn many hats over the years, and this museum in Midtown covers them all.

Because the Detroit River is all that separates the U.S. from Canada, Michigan’s biggest city was once known as the Doorway to Freedom. In antebellum America, Michiganders hid enslaved people fleeing unspeakable conditions and helped them make the final leg of their journey to freedom. The Detroit Historical Museum’s Underground Railroad exhibit allows visitors to experience what that journey was like.

The museum also addresses Detroit’s rich legacy of music. The Kid Rock Music Lab is an interactive exhibit that allows guests to explore everything from gospel music and blues to techno and hip-hop.

Speaking of music, you can’t visit the Motor City without visiting the legendary Motown Museum. At a time when many black Americans lived under the unfair burden of segregation laws, a young black songwriter established Motown Records in Detroit.

The record label behind legends like Diana Ross, Lionel Richie, Michael Jackson, and many others, Motown achieved tremendous success with more than 180 number-one hit songs. And by becoming the most successful independent record company in history, the business helped tear down racial prejudices.

It will take you about an hour to complete a guided tour of the Motown Museum, and you’ll get to see Stevie Wonder’s piano, the score to “My Girl” by The Temptations, and Studio A, where many of Motown’s biggest hits were recorded.

With more than 65,000 works of art on display in more than 100 galleries, the Detroit Institute of Arts is often recognized for the diversity of its collection. This beautiful Beaux Arts building in Midtown houses artwork from around the globe, including Mexican artist Diego Rivera’s Detroit Industry Murals and Vincent van Gogh’s Self-Portrait, the first of van Gogh’s works to be part of a museum collection in the United States.

One of the most unique exhibits at the Wright is the Ring of Genealogy. With sunlight streaming through the building’s iconic glass dome, the rotunda floor art chronicles black history in America from slavery to upward mobility. And encircling the piece are bronze bricks engraved with the names of prominent black Americans, with new names added annually during the Ford Freedom Awards ceremony.

Pro Tip: Another neat Detroit experience chronicling black history is the Historic First Congregational Church of Detroit’s Flight to Freedom Tour, which shows visitors what it was like to be an enslaved person seeking freedom along the Underground Railroad.

In the Detroit suburb of Farmington Hills (about 30 minutes north of the airport), the Holocaust Memorial Center has explored the dark history of the Holocaust for more than 30 years. But it also reveals stories of strength and courage — stories of Jewish survivors and of members of the resistance movements who put their lives on the line to fight against the injustices of that era and rescue persecuted men, women, and children.

One of the most chilling exhibits at the Holocaust Memorial Center is the railroad boxcar displayed as if it’s set to depart the Hannoverscher Bahnhof station in Hamburg, Germany, for concentration camps in the east.

After walking through the Anne Frank exhibit, take a moment in the garden to reflect on your experience. The peaceful place is home to a sapling from the chestnut tree outside Frank’s hiding spot.

Just a short drive from The Henry Ford in Dearborn is the Arab American National Museum. Opened in 2005, it is the first and only museum in the country dedicated to Arab American history and culture.

The exhibits share stories of immigrants from the Arab world, detail Arab life in America, and celebrate contributions made by Arab Americans. And since naturalized Arab Americans come from 22 different nations in Northern Africa and the Middle East, the objects on display represent all 22 countries in the Arab League.

If you’re wondering why Detroit is the site of such a unique museum, it’s because America’s largest Arab American community lives in Michigan.

When you visit this late Victorian brick building located roughly halfway between Midtown and the North End, you’re not only visiting a national historic landmark, but also one of the most significant automotive heritage sites in the world. For it was here at the Ford Piquette Avenue Plant that the iconic Model T was designed, assembled, and shipped across the country by rail in the early 1900s.

As a former automotive plant, the building is massive and not necessarily designed with creature comforts in mind. If you visit on a cooler day, be sure to dress in layers. And no matter when you visit, be sure to take the hour-long guided tour to fully appreciate the cultural and historical significance of the plant.

Fun Fact: Have you ever wondered how the Model T got its name? Before Ford began naming its vehicles for fast animals, fun parties, and exciting activities, its products were simply named alphabetically. The Model T was the model that followed the Model S. 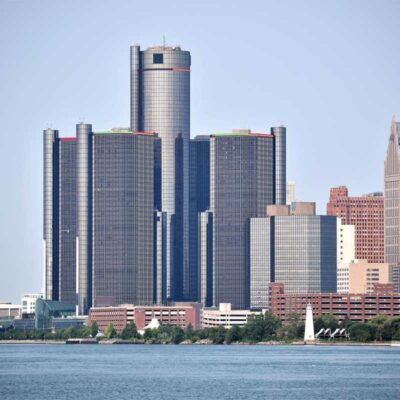 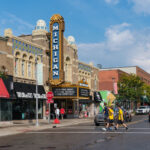 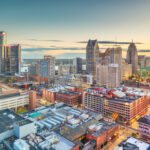 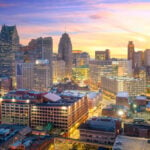