Sometimes, you’re just in the mood for a road trip. That’s how my wife and I were feeling when we stumbled upon one of the best drives we’ve ever taken: southwestern Colorado’s Million Dollar Highway. We hadn’t seen it on a map, nor had someone told us about it. We were simply driving through Durango, Colorado when we looked at a map, saw that Highway 550 would take us north toward Grand Junction, and drove up into the mountains. What awaited us was a drive that we’d never forget.

Here are some things to know if you are going to make the drive.

1. Legends Abound About Its Name

There are many legends about how the highway got its name. Some say it was named for the million-dollar views. Others claim the nickname stuck after would-be road-trippers claimed they wouldn’t drive the highway for a million dollars.

But the name actually came from a planning meeting in the 1920s where, while discussing rebuilding the highway between Ouray and Silverton, someone at the meeting remarked that the project would cost a million dollars — an incredible sum for such a short span of road construction at the time. Once construction was complete, the name stuck, and the Million Dollar Highway was born.

2. It Passes Through The Uncompahgre Gorge

The Million Dollar Highway is all about the views. It twists and turns through a deep gorge, the Uncompahgre Gorge.

To orient yourself, remember that the Uncompahgre Gorge is in southwestern Colorado. On the west side of the gorge is Bald Mountain, and on the other side of the mountain is Telluride Ski Resort. At one point on the Million Dollar Highway, you’re only 4 miles from Telluride as the crow flies — but to drive there would take more than an hour and a half, because there aren’t any roads from the gorge up and over La Junta Peak to Bald Mountain and Telluride.

And when you’re there, you’ll understand why there are no roads that cover those 4 miles. The walls of the Uncompahgre Gorge are so steep that you’ll wonder how the road you’re driving on was ever built in the first place. If you want to get anywhere other than Ouray or Silverton, you’ll have to drive out of the gorge and go around. There’s only one way through.

3. There Are No Guardrails

This isn’t as scary as it sounds. The shoulder is quite wide, so it’s not like you’re driving with a steep dropoff right next to the edge of the pavement. But it can be intimidating, especially since the drop is so steep.

If you prefer the security that guardrails provide, let someone else do the driving. You’re going to want to take at least 100 pictures anyway, so let your travel partner drive while you snap away.

4. The Views Are Incredible

It’s hard to describe the incredible views — this is one of those “pictures don’t do it justice” kind of places. You’ll have to drive the road yourself to really appreciate it.

There are several areas where you can pull off and take pictures, and you’ll probably want to stop at several of them — especially at the top of Red Mountain Pass, where you can take photos in many different directions.

5. The Road Climbs And Descends

Speaking of views, one of the best parts about driving the Million Dollar Highway is seeing where the road goes next. If you drive it from the south (Silverton) to the north (Ouray), you will climb up Red Mountain to Red Mountain Pass and then begin a long descent through the Uncompahgre Gorge down to Ouray. It is on this descent that you’ll get the best views. You’ll come around a corner, see the highway winding below you, and say, “We’re going to go there?”

Make sure to stop at the overlook above Ouray, too. The view of the town from above is spectacular. Even if you’re driving from the north to the south, stop here and look back at the town — and take at least a dozen photos!

The largest operation you’ll see is the old Longfellow Mine. As you reach the top of Red Mountain Pass, you’ll see even more abandoned mining operations. Ultimately, they’re the reason this road exists. There had to be a way to get to this extremely rich mining region.

7. You’ll Wonder How They Built It

One thing I kept wondering over and over as we drove the Million Dollar Highway was how in the world they built this road without modern machinery. There are parts of the highway that seem to be carved out of the side of the cliff. Indeed, the workers more or less cut a notch in the side of the cliff, and that’s the road that takes you from the mountain pass down and out of the gorge.

So if you’re a construction buff, this is your drive. When you’re looking at the mining operations, think about how the discovery of the mining riches of the region led to incredible feats of engineering. The construction, which was completed more than 100 years ago, is as impressive now as it was then.

8. Nearby Ouray Is A Delight

The gem of our trip was Ouray (the pronunciation is tricky, but after asking the locals, we learned that it’s somewhere between you-ray and yerr-ray). On our second trip to the area, years after our first trip, we decided to spend two nights in Ouray, and we were so glad that we did.

Ouray has been nicknamed Little Switzerland, and the name doesn’t lie. It’s a town that sits on the valley floor with steep cliffs surrounding it, and it really does look like a town in the Swiss Alps. There’s even a waterfall halfway up the cliff on one side that provides a stunning backdrop for the town below.

The town is great as well. It’s your typical Colorado mining town-turned-vacation destination. There are plenty of shops and restaurants all up and down the main street. The area is also known for its hot springs, and there are many resorts and lodges with hot springs access.

If you’re feeling adventurous (my wife was, and I’m glad she dragged me along), hike the rim trail around Ouray. The initial climb is a doozy, but once you reach the level of the trail, it’s basically a flat walk around the cliffs above town. I still have about 40 photos from that hike.

At the end of the day, when you’re walking the main drag with an ice cream in hand, don’t forget to look up at the cliffs surrounding you, remember where you are, and think about the incredible roadway that got you there. 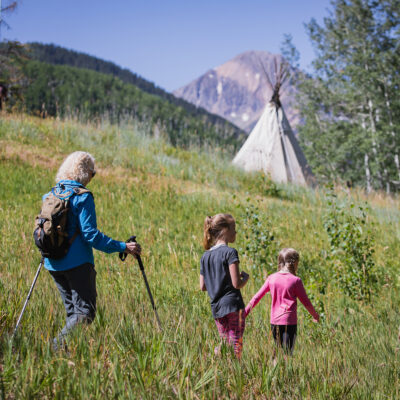 Colorado16 Fantastic Things To Do In Snowmass, Colorado This Summer 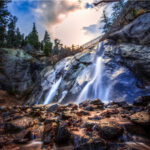