8 Reasons To Visit Camiguin Island In The Philippines

Camiguin Island rises out of the sea like a lost world. The volcanic island is carpeted in lush, verdant jungle, with peaks that soar out from turquoise waters, which are peppered with dozens of surrounding white sand-ringed islands.

Separated from the mainland by six miles of Gingoog Bay’s turquoise waters, Camiguin is a beach-lover’s paradise that remains relatively undisturbed compared to the other more popular islands in the Philippine archipelago. Brace yourself for bursts of greens, blues, and whites. Make the most of miles of hiking trails that lead deep into jungles and up to mouths of volcanoes, or sink your toes into powdery sand that disappears into calm, crystalline water.

Before traveling, remember that Camiguin has a rainy season from December to March, and the Easter season and summer break times can be crowded. The best time to visit Camiguin Island is during the fall.

Considering vacationing on this picturesque paradise? Here are eight reasons to visit Camiguin Island in the Philippines.

1. It Exudes A Robinson Crusoe Vibe

The word is out on idyllic island escapes in the Philippines, which means it is becoming increasingly more difficult to find spots that aren’t overrun with tourists. Stories about the legendary beauty of places like Cebu, Boracay, and Palawan are out. Fortunately, Camiguin Island has been mostly spared from mass discovery, preserving its status as one of the Philippines’s relatively untouched-by-tourist islands, meaning prices are lower and it’s not uncommon to feel like you have the place to yourself.

2. It Is Nature’s Giant Jacuzzi

Camiguin Island goes by another name among locals — the Island Born of Fire, and for good reason. With more than 20 cinder cones and 7 volcanoes (one that is still considered active), Camiguin Island has more volcanoes per square mile than any other island on earth. As such, the island is dotted with dozens of natural hot springs. There are plenty of hot springs to play in all around the island.

Ardent Hot Springs is one of the island’s best, tucked in a jungle setting not far from the beaches in Agoho and Yumbing. The hot springs is tucked in the foothills of Hibok-Hibok Volcano, which can actually be climbed in the dry season. Bear in mind the hike is demanding and can take around eight hours round trip, but for those who take on the challenge, the spoils are immensely rewarding. From the peak it’s possible to see neighboring islands including Bohol, Cebu, and Negros.

For a less-intense hike, summit the Old Camiguin Volcano, which features the Roman Catholic Stations of the Cross. This is a leisurely day hike that will take about an hour.

3. It Is Home To Breathtaking Waterfalls

Among its other notable water features, Camiguin Island has some of the best waterfalls in the Philippines. From epic falls that plunge more than 200 feet to more modest falls of 50 feet, it’s entirely possible to spend a day waterfall hopping. Katibawasan Falls, which plummets about 229 feet into a plunge pool below, is one of the most famous falls on the island. Katibawasan is popular for swimming and picnicking. It’s touristy in nature, with souvenir stands and a concrete pathway, meaning if you’re looking for off-the-beaten-path escapes, this is not it. Still, the falls themselves are beautiful and it’s a nice break from the heat to take a dip in the cool water.

Binangawan Falls is absolutely a remote experience. More adventurous travelers can head out on their own, otherwise a guided tour can be arranged. Keep in mind that reaching Binangawan Falls involves what some consider a treacherous hike, especially if the ground is even a little bit wet. The view, however, is simply spectacular. Gushes of mountain water flow down the jade-colored rock face to a pristine swimming hole below.

4. It Is A Paradise For Island-Hopping

The Philippines is a paradisiacal playground of seemingly private islands. And while Camiguin Island is idyllic on its own, it is surrounded by a bevy of other epically gorgeous islands that are prime for exploring. Uninhabited White Island, for example, is everything you think of when you close your eyes and imagine that remote island photograph. The pure white sandbar that sits a few hundred yards offshore is a quick boat ride away. Ringed in coral reefs, this is a popular spot for snorkeling. It’s best to go in the early morning before the sun becomes too intense. A boat trip costs about 20 Philippine pesos, or 35 cents.

Mantigue Island is another offshore paradise that has all the makings of a tropical hideaway. Picture swaying palm trees, sugary sand, and turquoise water perfect for swimming, snorkeling, sunbathing, kayaking, and more. A return trip to the island from the village of San Roque is about 550 Philippine pesos, or $10. There is also a 20-peso entrance fee and additional fees for divers and snorkelers.

5. You Can Dive With Giant Clams

Speaking of diving and snorkeling, the Philippines is world-renowned for having treasures beneath the water’s surface, and Camiguin Island is no exception. From spots that are ideal for beginners who prefer to stick to snorkeling to sites that beckon the most advanced technical divers, there are many diving opportunities off the beaches of Camiguin itself — and around its surrounding islands.

Unleash your inner mermaid when you snorkel or dive at the Cantaan Kabila White Beach Giant Clam Sanctuary. Home to some of the best-preserved coral around the island, the sanctuary offers a truly unparalleled experience. Skim the surface of the crystal clear water as you hover over hundreds of brilliantly colored shells of giant clams. It is a family-owned property, and the family offers tours and snorkel masks for rent. Guides cost 150 pesos, or roughly $3. There is also a 25-peso entrance fee and a 25-peso environmental fee.

6. It Has A Sunken Cemetery

One of the better-known attractions off the shores of Camiguin Island is its legendary sunken cemetery. Following a 19th-century earthquake, a local cemetery slipped into the sea. Today it is a popular snorkel and dive site. To find it, look for the massive white cross that sits on a floating pontoon in the bay between the hillside and Bonbon. If snorkeling around a cemetery isn’t your thing, the cross itself is spectacular for photographs during sunset as its silhouette rises out of the sea.

7. The Lanzones Are The Best In The Philippines

Any local will tell you the best time to visit Camiguin Island is around the third week of October, when the island explodes in a burst of color as locals celebrate the Lanzones Festival.

Lanzones are a local delicacy. The sweet, tangy, juicy fruit is one of the most popular products in the entire country, and some of the best can be found on Camiguin Island. The festival pays tribute to the bounty of the fruit with a week of parades, pageants, dancing, celebrating, colorful costumes, and, of course, all the lanzones you can eat.

8. It Looks Amazing From The Air

Who needs to buy a drone when you can get a bird’s-eye view of Camiguin Island in person? For travelers who love the thrill of aerial views, Camiguin Aviation offers one of the best experiences on the island. Hop a Cessna with a professional pilot who will zoom you around the island for the most glamorous angles of Camiguin, the surrounding islands, and the turquoise-colored sea. Swoop up close and personal to the mouth of volcanoes, and brace yourself for seven heart-pumping maneuvers that will give you a zero-gravity experience. A Standard Island Flight lasts about an hour and costs 16,000 pesos or $300.

Bonus: If you’re a pilot or in the process of flight training yourself, Camiguin Aviation offers packages for pilots — a chance to perfect your skills in paradise. Courses start at $700.

Want to read up on ideal destinations before deciding where to stay? These are the most beautiful places in the Philippines. 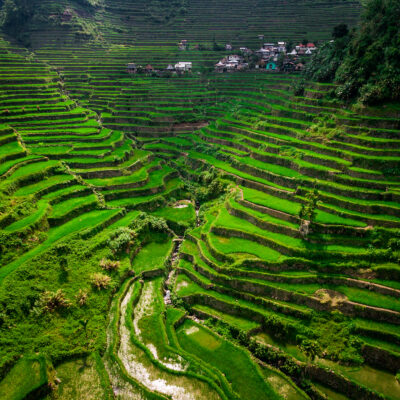 Philippines10 Incredible Experiences In The Philippines, According To A Local 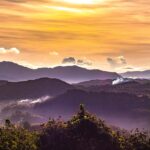 PhilippinesThe Most Beautiful Places In The Philippines