The World’s Most Shark Infested Waters

Traneah Ford
All products featured on TravelAwaits are independently selected by our writers and editors. We may earn commission when you click on or make a purchase via our links.

People travel across the world for clear waters and big waves, but do you ever stop to think about the dangers lurking beneath the great blue sea?

The United States has the most recorded shark attacks of any country, with a grand total of 1,516 since 1580. The white shark, tiger shark, and bull shark are the three sharks most commonly involved in attacks, and the most common activities victims are engaged in when attacks happen are surface recreation activities like surfing, water skiing, and floating.

The overall reason for the high volume of shark attacks in the States is the number of people in shark populated waters — more people, more attacks. However, despite the many gruesome shark attack movies, death by shark attack comes with 1 in 3,748,067 odds, making it far less likely than other possible causes of death.

Although an attack isn’t likely, knowing more about where most sharks swim could save you a potential vacation horror story. Equipped with official information from the Florida Museum’s International Shark Attack File, we’re here to reveal the waters where you’re most likely to encounter a distinctly finned (and toothed) friend — and we’re not talking about dolphins, just to be clear…

Editor’s Note: To protect yourself, your gear, and your catch from sharks while fishing, check out Sharkbanz, the world’s first shark-deterrent tackle.

Volusia County is referred to as “the shark bite capital of the world.”

From 1882 to the present Volusia has had a total of 320 shark attacks according to the Florida Museum.

Despite the high incidence of shark attacks in the area, Fox News quotes the Daytona Beach News-Journal, saying there have been no reported fatalities.

Australia as a whole is second after the United States for having the most shark attacks in the world by country with a total of 665 documented cases from 1700 to the present according to the Florida Museum. Most of these attacks take place in one area, however: New South Wales. The Florida Museum reports the area having had 261 shark attacks from 1700 to the present.

In 2020, there were two shark attack fatalities in New South Wales.

Publication Owlcation reports that Port Saint Johns beach in the Eastern Cape of South Africa is “the most dangerous beach in the whole world for shark attacks.” Owlcation’s article goes on to say that the beach was the site of eight shark fatalities in the five years. Likewise, surf, mountain, and outdoor culture publication Inertia also ranks South African beaches among the world’s deadliest shark attack beaches.

The Florida Museum reported that Eastern Cape specifically had 106 shark attacks from 1905 to the present. There have been 13 shark-related fatalities in the area as of 1990.

From 1828 to present, there have been 69 documented shark attacks in the waters around Maui. On December 8, 2020, Hawaii News Now reported another fatality in Hawaiian waters. A surfer bitten in Honalua Bawy died.

The Hawaii Department of Land and Natural Resources reported that there have been six fatal shark attacks off Hawaii since 2004.

The popular Recife Beach in the Pernambuco area is the site of many shark attacks in Brazil. People may love to visit the beautiful beach, but locals know not to test the waters. Business Insider said Recife’s shark problem is relatively new and is linked to the construction of Port Suape, which necessitated the dredging of estuaries and building of long docks spanning the ocean. The BBC wrote that the new port was an issue, especially for bull sharks.

“Much of their life cycle is dependent on coastal estuaries and the building of Suape is thought to have disrupted breeding and hunting habits,” according to the BBC.

From 1931 to the present, there have been 59 shark attacks in Pernambuco, Brazil. Shark Attack Data shows that 27 of them were fatal with the most recent fatality occurring in 2013.

An influx of rain-water run-off to the waters of this island has caused a rise in the bull shark population in the waters surrounding it. The island has had 11 shark-related fatalities so far, but according to Deeper Blue, if they can’t control their shark problem, more could be in store.

From 1828 to the present there have been a total of 47 shark attacks in the area.

South Carolina is ranked third in the nation for shark attacks and a majority of them have happened in or near Charleston, but the counties of Horry and Beaufort aren’t too far behind. Charleston comes in as having 36 shark attacks from 1837 to the present.

It’s not specified how many fatalities Charleston has had, but the state of South Carolina has had nine fatalities in the same timespan.

San Diego has had 20 shark attacks from 1926 to the present. The most recent fatality occurred in 2020 when a 26-year-old surfer was attacked and killed near Manresa State Beach.

Luckily fatalities for the area are low as Shark Attack Data only reports two shark-related fatalities in San Diego; one in 1959 and one in 2008. There have been none since then in the area, but the state of California as a whole has 17 shark attack fatalities on record.

Brunswick, North Carolina, comes in last place for the most shark-infested waters in the world. From 1935 to the present the area has had 16 shark attacks, a number that’s large enough to note considering how rare shark attacks are. That said, North Carolina as a whole has had nine shark-related fatalities, and according to Shark Attack Data, Brunswick’s waters aren’t responsible for any of them.

Swim in these waters if you dare, but beware of the possibility of sharp-toothed ocean friends hiding nearby. 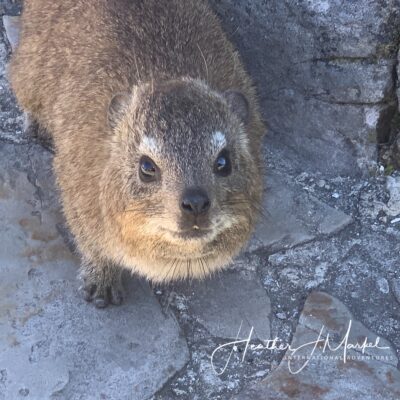