When we think of UNESCO World Heritage Sites, a few things probably come to mind: Machu Picchu, Venice, the Great Barrier Reef, Yellowstone National Park, the Galapagos Islands…the list goes on and on.

But the United Nations Educational, Scientific, and Cultural Organization has identified 878 World Heritage Sites across the globe, many of which you’ve probably never heard of.

The following 12 UNESCO World Heritage Sites might not be the most popular, but hold some outstanding universal value and are definitely worth a visit.

Regarded as the single most visited tourist attraction in all of Indonesia, Borobudur Temple Compounds in Java is one of the world’s most important Buddhist sites, dating from the 8th to the 9th centuries.

According to UNESCO, Borobudur Temple Compounds was built in three tiers: a pyramidal base, the trunk of a cone with three circular platforms, and a monumental stupa. The temple’s architecture was built in accordance with the concept of the Universe in Buddhist cosmology.

Beyond its historical value, the temple features stunning panoramic views of the surrounding countryside, like that of Mount Merapi. In the ’70s, UNESO helped restore the Buddhist monument, helping the temple uphold its historical significance.

Once the capital of the Roman province of Arabia, the Ancient City of Bosra formerly served as an important stopover on the caravan route to Mecca, according to UNESCO.

A small Syrian town situated just about 30 miles from the Jordanian border and 60 miles from Damascus, Bosra is a lesser known UNESCO World Heritage Site and remains a rare representation of both Roman and early Christian architecture in Syria. Bosra’s Roman theatre is said to be the largest, most complete, and best-preserved Roman theatre in the entire Middle East.

A breathtaking site that will take you a bit off the beaten path, Mount Emei is nestled within China’s Sichuan Province and is home to the first Buddhist temple in the nation, constructed in the 1st century A.D.

Mount Emei itself is known for its rich vegetation, with some of its trees being more than 1,000 years old. The region’s vegetation ranges from subtropical to subalpine pine forests.

Known for its outstanding diving conditions, specifically to gaze upon sharks, rays, and dolphins, Cocos Island National Park is located just off the coast of Costa Rica in the Pacific Ocean. Cocos Island is renowned for constituting one of the best preserved marine tropical waters across the globe.

Cocos Island stands out as a UNESCO World Heritage Site for being the only island with a tropical rainforest in the tropical eastern Pacific, yet it still remains rather unknown compared to other UNESCO locales.

As a nation, Iceland has one of the most unique landscapes on the planet, and Surtsey is no exception.

Surtsey is a new island formed by volcanic eruptions that took place between 1963 and 1967, situated approximately 20 miles from the south coast of Iceland, part of the southernmost region of the country.

Surtsey has been carefully protected since its birth, and by 2008, 69 species of plant had been found on the island, of which nearly 30 had become established. This was the same year that UNESCO recognized the volcanic island for holding great scientific value by deeming it a World Heritage Site.

A pre-Colombian city and archeological site, Chan Chan Archeological Zone was once the capital of the Chimu Kingdom, a civilization that ruled the northern coast of Peru from around 850 to 1470.

According to UNESCO, the planning of the city of Chan Chan was the largest in pre-Colombian America, reflecting a strict political and social strategy. The construction of Chan Chan was distinctive by the city’s nine palaces that formed various autonomous regions.

A unique nature reserve located near the western coast of Madagascar in the District of Antsalova, Tsingy de Bemaraha Strict Nature Reserve is made up of karstic landscapes and limestone uplands that appear to be shooting upward from the earth like sharp, deadly needles.

If you’re wondering where the name came from, the word ‘tsingy’ is alleged to to derive from a local word meaning “an area where one cannot walk barefoot.” Fitting? We think so.

If you’re the outdoorsy type, then this UNESCO World Heritage Site should be at the top of your bucket list.

According to UNESCO, more than half of the park is covered with southern beech and podocarps, some of which are over 800 years old. The park is also known for housing the kea, the only alpine parrot in the world, along with the takahe, a large, endangered flightless bird.

Regarded as being the birthplace of the Lord Buddha, Lumbini is one of the holiest places on earth for one of the most practiced religions in the world.

The Lord Buddha, otherwise known as Siddhartha Gautama, was born in 623 B.C. in the gardens of Lumbini, situated in the Rupandehi District of Province No. 5 in Nepal. Today, Lumbini is a popular Buddhist pilgrimage site where the archeological remains associated with the birth of the Lord Buddha form a central feature, according to UNESCO.

Those visiting Lumbini will get to see the excavated remains of Buddhist monasteries from the 3rd century B.C. to the 5th century A.D.

The Amphitheatre of El Jem is the impressive ruins of the largest colosseum in North Africa and one of the largest amphitheaters in the world. Located in the city of Thysdrus, El Djem, Tunisia, the amphitheater was inscribed as a UNESCO World Heritage Site in 1997. This 3rd-century monument illustrates the extent and resplendence of Imperial Rome.

With the capacity to hold up to 35,000 spectators, the Amphitheatre of El Jem was built entirely of stone blocks, with no foundations and free-standing, according to UNESCO. This architectural and artistic wonder was constructed in 238 A.D., shedding light on the history of Roman Africa.

Located in the state of Kentucky, Mammoth Cave National Park is the only North American UNESCO World Heritage Site on the list, a hidden gem suitable for exploration and wonderment.

This U.S. National Park is home to portions of Mammoth Cave, the longest cave and underground passageway system known in the world. The park’s underground network contains more than 285 miles of passageways that are home to various flora and fauna, including several endangered species.

According to UNESCO, Mammoth Cave National Park illustrates a number of stages of the Earth’s evolutionary history.

If you’ve ever seen Wes Anderson’s popular film The Darjeeling Limited, you’ll understand why the Mountain Railways of India are a cherished UNESCO World Heritage Site, albeit lying under the radar.

The Darjeeling Himalayan Railway is undeniably the most impressive of the three, with its design applying bold and ingenious engineering concepts to combat the issue of establishing an effective rail link across mountainous terrains, according to UNESCO. 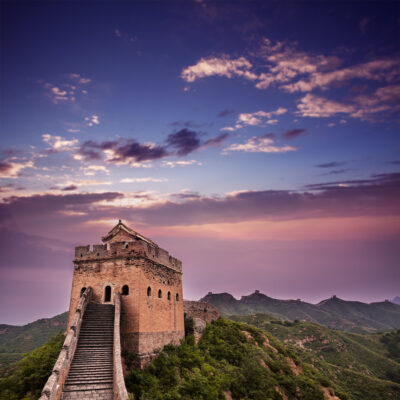 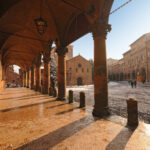 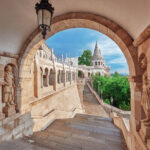 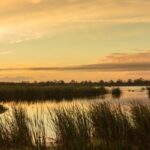