11 Incredible Spots To Celebrate New Year’s In The U.S.

This year’s days are numbered. Well, okay, they always are, but with the winter coming, it’s not too early to start thinking about where you’d like to ring in the new year. In that spirit, here are 11 of the best places in the U.S. to spend New Year’s Eve.

There’s no shortage of fabulous things to do in the city that never sleeps! From gourmet dinners to Broadway shows to the biggest party of the year as the ball drops on Times Square, New York City has the best of all things glitz and glamour for New Year’s Eve. If hanging around with about a million people isn’t your thing though, try a cruise along the Hudson River, and the fireworks show in Prospect Park. There’s even a midnight run in Central Park, the Emerald Nuts Midnight Run, that will have you jogging your way into the New Year. And if you just want to get away from it all and observe, try hitting up some New York’s rooftop bars and restaurants to watch all the festivities unfold beneath you.

There’s a reason they call it the most magical place on Earth. New Year’s Eve at Disney World begins at 8 p.m. Starting in the Fantasia Ballroom of Disney’s Contemporary Resort, you can indulge in adult beverages and gourmet foods before moving on to the dance floor for music from the 60s to today. Later, you can stroll outside to the Porte Cochere to sip champagne and watch fireworks from the Magic Kingdom light up the sky. And for the kiddos, there’s the Pixar Party on the 2nd floor of the Contemporary Resort Convention Center that features food and festivities inspired by Toy Story, Up, the Incredibles, and Cars, to name a few. Activities include face painting, boot camp with Sarge from Toy Story, a balloon artist, as well as food and music based on the Pixar movies. Kiddies can join mom and dad after the fun to watch the fireworks too!

More than just a place for a little New Year’s Day parade, Pasadena celebrates with fireworks, parties and pre-Rose Bowl celebrations on New Year’s Eve. If you can’t do a little pre-parade legwork and get a spot volunteering to help with one of the floats, you can walk down a view the flower-decked floats up close. Hundreds of thousands of people flock to the city each year, many camping out along the parade route or parking their RVs in the city, so make sure to get reservations for dinner, and to take in all the sites and celebrations before the big game! From Equestfest, a celebration of the horse units that will be marching in the parade, to BandFest, which shows off all the bands, from pre-parade festivities, to strolling through the Playhouse District or down South Lake Avenue for post-parade festivities, there’s tons to get you marching.

New Orleans is a city that really knows how to party, and New Year’s Eve is no exception. From the All State Sugar Bowl New Year’s Eve Parade with its extravagant floats, bands, and live entertainment, to the Baby New Year drop and fireworks show in Jackson Square, New Orleans does it up right, with its own NOLA twist. Ring in the New Year and then party all night long — Mardi Gras style! And the kiddies can get their fun in too, without staying up too late. Both the Louisiana Children’s Museum and the nationally renowned Audubon Zoo host countdowns to noon for kids only. For games, entertainment, and New Year’s Eve-like countdowns, kiddos can dress up, drink some sparkling apple cider, don a festive hat, and go to town with noisemakers at their own year-end celebrations — and while leaving time for Mom and Dad to get ready for the big parties later!

If a rural New Year’s Eve is more to your liking, head to Tallapoosa, GA for the annual Possum Drop! Billed as West Georgia’s Largest New Year’s Eve party, the evening features music, food, fireworks and last, but not least, the possum drop. The possum, a stuffed possum named “Spencer”, is surrounded by a Christmas-tree lighted ball, and hangs by its tail and is lowered from the top of American Hometown Realty — one of the city’s oldest buildings. Formerly known as “Possum Snout”, the town proudly welcomes tourists to its little haven of country. The town has gained national recognition for its possum drop and has been featured by CNN, The Christian Science Monitor, Newsweek, The Atlanta Journal Constitution, and the New Orleans Times Picayune. It even served as a location for the TLC reality series “Here Comes Honey-Boo-Boo”.

New Year’s Eve in Boston is known locally as “First Night,” and celebrations during the evening are filled with packages and fixed price menus at restaurants, bars and clubs throughout the city. At Copley Square, you find music, dancing and ice sculptures across from magnificent churches and the Copley Square hotels and restaurants. A People’s Parade starts at 6, followed by a fireworks display in the Boston Harbor. Later, at midnight, a pyrotechnics show kicks off in Copley Square. For more adventurous evening celebrations, try a speakeasy riverboat cruise along the Boston Harbor, or take a glide across the ice rink in Boston Commons. If you’re feeling even smarter this year, head up to Harvard Square and take in the sights and sounds of the world-renowned college, and all the activities planned there as well.

Can’t get enough of this year? Head to Eureka, California, the westernmost city in the continental United States and the last city to see the sunset in America. Camp out at any of the campgrounds near the Redwoods National Forest to watch the sunset, then head to Eureka and Arcata for the New Year’s Eve celebrations. If you’re feeling lucky, casinos in the area have several different festivities going on. And for music and partying, things get downright funky in Arcata. For those looking for a calmer and classier year-end celebration, head over to the Benbow Inn for dinner, dancing, dining, a champagne toast at midnight, and fireworks to send off the old year. Reservations for two or three night stays are required and tickets to the gala evening sell out fast, so make your reservations early.

Is the outdoors more your thing? Want to get a head start on the New Year? Head to the Acadia National Park on Mount Desert Island, Maine, the first place to see the sunrise in America everyday. Authorities debate which of the two mountains actually sees sunrise the first, but either location is bound to provide you with a breath-taking view of the New Year’s sun. While the area is a popular spot for early morning hikers year-round, it takes on special significance on New Year’s Day. Dawn starts around 5:30, so be prepared to forego those New Year’s Eve activities and get to bed early so you can start the trek up the 1,528-foot tall mountain, along Cadillac Mountain Road. Park rangers suggest starting at 3:30-4 in the morning to be able to take it all in.

Whether by land or by sea, you’re sure to find a thrilling end to your year in Miami. From sipping champagne in luxury at the W. Miami rooftop party, or lounging by your hotel’s pool listening to the DJ spin some tracks, or heading out to sea, there are plenty of ways to celebrate the new year. To celebrate at sea, catch one of the yacht parties in the harbor or out of Coral Gables, or join the Western Key Outdoor Center for a Paddle into the Harbor to watch the fireworks. Starting at 7 p.m., you’ll enjoy music and food, then head out on your kayak at 10:30 with lights and noisemakers to watch the fireworks from the water. Attire is formal, of course, meaning please wear your good flip flops. Other events include parties in Little Cuba and swanky affairs in South Beach. You’ll find it all from casual to contemporary in Miami.

Get outdoors in Denver to ring in the New Year. With the mountains calling, you’ll be relaxing in wintry resorts and activities like skiing, hiking, and hot-spring dipping! For the kids, there’s the annual Rodeo Challenge, the Zoo Year’s Eve celebration at the Denver Zoo, or indoor fireworks at the Colorado Avalanche hockey game. Or for adults, grab some cocktails and dance the night away at any of Denver’s famous clubs. If history is your thing, travel back in time for the annual Great Gatsby White Rose Gala that features a Roaring 20s theme, period costumes, dance exhibitions, flappers, and other 20s-themed special treats. The gala features 2,500+ guests, 50 entertainers, and five floors of partying. It regularly sells out though, so get your tickets in advance.

It’s Brittney, b!$#h! Brittney Spears announced another residency in Las Vegas in 2018, so now is definitely the time to go — in case you or any of your friends are fans of the 90s pop icon. Most people sum up New Year’s Eve in Las Vegas in one word — crazy! But crazy in a good way. From the shows to the casinos to the over-the-to parties, there is literally something for everyone and every taste in Las Vegas. Starting around 7, the Strip shuts down and the whole town turns into one big block party for you and your closest 300,000 or so friends. While Las Vegas’ midnight fireworks display makes New York’s look like child’s play, that’s only when the fun begins. There’s the regulars — Celine Dion, Blue Man Group, David Copperfield, Cirque du Soleil to name but a few — and then there are the extreme experiences like those at the Eiffel Tower, and the Hard Rock Café. For outdoor types, you can even get in some ATV tours before the big night.

Wherever you opt to spend New Year’s we wish you all the best in the coming year. Auld lang syne! 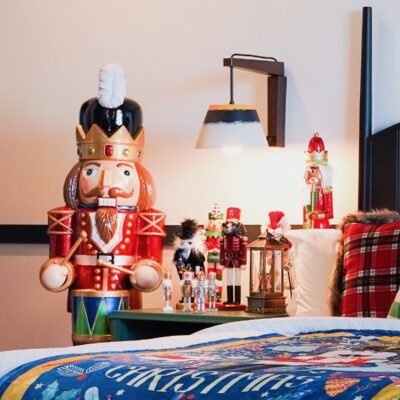 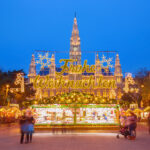 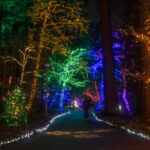