Nashville is named after Francis Nash, one of the few Patriot generals who were killed during the American Revolution.

The downtown tower is nicknamed the Batman Building because of its resemblance of bat ears.

President Theodore Roosevelt coined the phrase “good to the last drop” after drinking a cup of local Nashville coffee at the Maxwell House Hotel.

Nashville was the first city nationwide to be granted an FM-broadcasting license. The original WSM and radio announcer David Cobb called Nashville “Music City” for the first time in the 1950s.

The park is home to the only real replica of the Greek Parthenon. Sometimes referred to as the Athens of the South, the city of Nashville built it for the World Exposition in 1897. It is the Western Hemisphere’s tallest enclosed sculpture and houses a full-scale replica of the statue.

This iconic local candy is made of caramel, marshmallow, milk chocolate and peanuts. The name is believed to stand for “Grand Ole Opry.”

Elvis recorded well over 200 of his songs at RCA’s historic Studio B on Music Row. A string of Christmas lights put up by Elvis to get into the holiday spirit while working on an album still hangs in the studio to this day.

The daughter of John Donelson, one of the city’s founders, married Andrew Jackson, the seventh president of the United States.

This was Andrew Jackson’s local residence, which he constructed in 1835. The driveway was made in the shape of a guitar. Many believe this was some sort of magical foreshadowing of the city’s future as an influential center of music.

Morris Frank first brainstormed the idea of using seeing-eye dogs in 1928 after reading a magazine article about guide dogs in Switzerland. The blind Vanderbilt University student first brought them back to the country after traveling to Europe in order to train with a German Shepherd. He returned less than a year later and founded The Seeing Eye, Inc., the first seeing-eye dog training school in the country.

Two well-known thoroughbreds, Seabiscuit and War Admiral come from Nashville. The novel and movie Seabiscuit told the story of a horse that traces its lineage to Iroquois who was the first thoroughbred to win the English Derby.

Also known as the Mother Church of Country Music, this venue began its life as a place for gospel meetings. A small circle was removed from the stage here and embedded center stage at the Grand Ole Opry House when it was first built in 1974.

This is the largest songwriter’s festival in the world with nearly 350 songwriters performing original music in various venues around Nashville. The festival lasts for a whole week in spring.

With nearly 11,000 people in the local Kurdish community, it is the largest anywhere in North America.

This local culinary tradition was first created to inflict pain. Thornton Prince’s girlfriend thought he was cheating on her in the 1930s, so she added extra seasoning to the chicken batter in an attempt to make him suffer. However, he liked the fiery flavor so much that he changed his recipe and opened Prince’s Hot Chicken Shack.

She got her big break in television as the first black female news anchor at Nashville’s WLAC-TV while she was still a Tennessee State University student.

The Five Points District hosts an annual costume art festival dedicated to the beloved tomato. A King and Queen Tomato are elected to lead a parade each year.

United Records Pressing is one of only four companies left in the nation still producing vinyl records. The Blue Room, a live venue located inside of Jack White’s Third Man Records, is the only venue globally that can still record music directly onto vinyl.

Nashville has over 180 live music venues. If a venue plays music for four or more nights a week, they are issued a guitar pick shaped sign with the words ‘Live Music Venue’ on it.

Nashville hosted the Grammy Nominations concert in 2012, making it the only other city besides Los Angeles to do so.

During Prohibition, many print shops found in Printers Alley ran a series of speakeasies, creating a swinging underground bar scene. After Prohibition was repealed, many of these bars stayed open; some are still in business today!

The city has the highest concentration of music industry employees anywhere in the world, at nearly 60,000.

Nashville is known for hot chicken (mentioned previously), meat and three, and hot fish, but according to Travel & Leisure magazine, it is ranked number 13 on the list of snobbiest American cities.

Are you ready to visit Nashville yet? 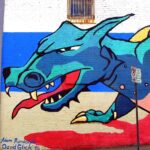