Why Future Generations May Not See Venice

Robbie Woods
What Are Your 2022 Travel Plans?

Venice is among the world’s most recognizable cities. Its 118 islands – set like jewels in the shallows of the Adriatic – its canals, bridges, cobblestone laneways, and renaissance flavors… All have inspired generations of lovers and pilgrims.

But all that may be about to change. It turns out this timeless city may be living on borrowed time.

According to legend (and, more than likely, fact) the city of Venice was founded in 421 AD, toward the end of the Roman Empire.

This was an era of great peril and chaos for the Romans, whose state was crumbling under the heels of invaders. Peasants in northern Italy could no longer be assured of their security, living as they did in poorly-defended outlying areas.

And so, a group of migrants made their way to a sheltered, marshy lagoon along Italy’s northeastern Mediterranean coast, taking refuge on an archipelago just off the mainland. The settlers were apparently authorized by the government of the city of Padua to establish a trading post in the area; they couldn’t have imagined that they were founding what would become one of the world’s most legendary nation states.

But the glittering city state was not built upon the islands themselves. Rather, long poles were thrust into the muddy earth, where they eventually petrified. These pillars support Venice’s piazzas and terraces above, furnishing her citizens with the illusion that they inhabit a floating city.

In the middle ages and through the high renaissance, those citizens enjoyed the privilege of residing in one of the great powers of the old world.

The Most Serene Republic of Venice (as it was called) became the seat of a maritime empire in the Adriatic whose power far exceeded its relatively small size. Venetian merchants made fortunes trading in salt, silk, spice, and myriad other precious goods; the wealth they accumulated is still evident today in the architectural and cultural wonders of the city they built.

Venice styled itself as a Republic, though we wouldn’t recognize it as such today. It was a democracy of sorts, but the only voters were the aristocrats, who elected one of their own to a life term as Doge, or Duke. (The Doge’s Palace remains one of Venice’s most recognizable landmarks today.)

This republic of oligarchs fell into decline when the Atlantic Ocean proved a more lucrative channel for trade, and it was finally dissolved by Napoleon Bonaparte in 1797.

As you might expect, rising water levels have always been an issue for the city. Higher than usual tides have sometimes given us images of tourists wading through St. Mark’s Square, water up to their waists – and this has only become more common in recent years. The mean depth of the Venetian Lagoon is a mere 33 feet, so even comparatively modest fluctuations in the water level are very noticeable.

Over the last 1,000 years, scientists conclude that Venice’s coastline has risen by just over a foot. However, due to effects of global warming, they now project that it will rise by an additional 5 feet by the year 2100. This puts the city at risk, along with much of the rest of the low-lying Adriatic coastline.

Venice has been plagued by other problems as well.

The population of the islands which comprise the old city proper has declined to 55,000. The city is practically bankrupt and mired in corruption.

The digging of channels in the seabed to accommodate large ships has sucked excess seawater into the lagoon. That fast-moving water has led to more erratic tides which can erode the foundations of the city. (Remember: Venice is essentially held up by petrified stilts in the mud. If these are exposed due to uncommonly low tides, they weaken and decay.)

Finally, while gondolas remain iconic, motorized boats have become increasingly common. The wake they leave behind is chipping away at the foundations of the ancient domiciles along the canals, which run like capillaries through the city. Venice has also become an extremely popular destination for cruise ships – and who knows what untold damage they’re doing beneath the surface.

In 2003, work commenced on a system called MOSE, which is intended to protect Venice from flooding – at least on a temporary basis. (The name is an Italian acronym, but it’s also meant to evoke Moses and his parting of the Red Sea.)

The idea is straightforward enough: hinged gates are installed into the seabed along the narrow inlets that allow water to pass from the Adriatic into the lagoon. If dangerously high water is expected, the gates can be raised – literally holding back the tide.

The execution, however, has not been straightforward at all.

MOSE was originally projected to cost €1.6 billion, with a completion deadline of 2011. Today, costs have run in excess of €5 billion, and it may not be operational until 2022. Furthermore, the underwater gates have suffered far more water corrosion and damage from fauna like mussels than previously anticipated. Even in a best case scenario, MOSE can protect Venice from surges over 10 feet, but it is apparently (somehow!) useless in preventing smaller, more commonplace floods.

The operation’s efficiency has also been undermined by corruption. Back in 2014, the Mayor of Venice, Girogio Orsoni, was arrested, along with 34 others, on corruption charges relating to MOSE. (Orsoni apparently accepted €20 million in illegal campaign donations from the consortium responsible for the faltering project.)

In any event, even if MOSE eventually exceeds expectations (which is unlikely), it can only protect Venice from temporary high tides. It would still be powerless to protect the ancient city from the depredations of motorized sea traffic, or the rising sea levels that result from the melting of the ice caps.

Unless we reverse the trend of global warming in the coming decades, Venice will be but one of many casualties. The once-bustling metropolis that was founded as a refuge will itself take refuge beneath the waves; the palaces and monuments to its great dreamers, the Marco Polos, the Vivaldis, will wither into a shadow of a memory, an Atlantis in the Adriatic. 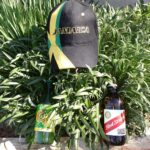 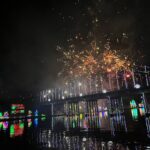 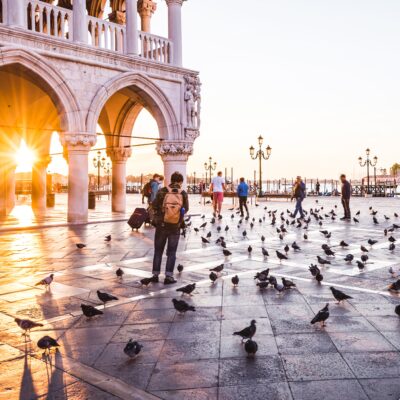 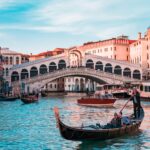 VeniceTraveling To Venice, Italy: What To Know Before You Go 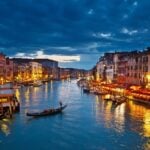 VeniceVenice, Italy: Must See and Do in This Magical City 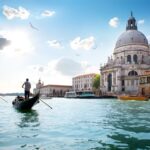