19 Incredible Places To Explore In Utah For Dinosaur Lovers

My family digs dinosaurs. My grandson sifts his sandpit, searching for fossils. Living in Utah, he’s likely to find some.

Utah has more fossil records for dinosaur species than any other state. Little dinophiles grow up and study in Utah as many of the universities focus on paleontology. These institutions’ research museums and discovery sites have become tourist attractions. So if your family digs dinosaurs, here are some great places to fossick around.

Dinosaur adventures start in and around Salt Lake City (SLC), with these four museums.

1. The Natural History Museum Of Utah

The University of Utah’s Natural History Museum is housed in a spectacular building with soaring ceilings for the craning necks of dinosaurs and their admirers. The Past Worlds exhibit features dozens of reconstructed dinosaur skeletons and fossils, such as a duck-billed Gryposaurus, a Utahraptor found in Moab, a huge Stegosaurus from Dinosaur National Monument, and an Allosaurus, Utah’s state fossil. Ascend to the fifth floor for panoramic views of the Great Salt Lake Valley. Adjacent to Red Butte Garden, it’s another fabulous place for kids.

Thanksgiving Point is 20 minutes south of SLC. With five drawcard attractions, including the Butterfly Biosphere and the Museum of Natural Curiosity, you can spend all day here. The Taj Mahal of dinosaur museums, the Mountain Museum of Ancient Life houses one of the world’s largest displays of dinosaurs. Walk through a geologic timeline. Hold your child’s hand in the first section as darkness reigns. Enter the other galleries for dramatic staging and lighting as you weave through 60 complete dinosaur skeletons, including two of the largest dinosaurs ever discovered. This family-friendly attraction offers 50 hands-on exhibits. My grandkids loved the Quarry Dig and the Erosion Table, which involves water and sand play.

Half an hour’s drive from Thanksgiving Point lies the small and intimate Brigham Young University (BYU) Museum of Paleontology. The museum displays the rock and dinosaur fossils collected by Dr. James A. Jensen, “Dinosaur Jim,” one of the world’s great paleontologists. The collection is diverse and well-organized, focusing on prehistoric life in Utah, including some of the fearsome predators that roamed during the Triassic period. BYU’s Museum of Paleontology is free to visit but it is only open on weekdays.

Ogden, a 40-minute drive from SLC, pulses with attractions. George S. Eccles Dinosaur Park is one where little dinophiles can run wild. The 8-acre outdoor area contains 125 realistic dinosaur sculptures brought to life with robotics and sound. My grandchildren loved it here, especially the large dino-themed playground. Its opening hours can be found here.

From Salt Lake City, the Dinosaur Diamond Prehistoric Highway winds through a 486-mile scenic and historic byway loop through the fossil-laden Uinta Basin of Utah and Colorado.

Paleontologists have come this way for over 100 years, continuing to make discoveries. The route is dotted with active quarries, research museums, and stampedes of dinosaur footprints amidst spectacular canyons and sandstone formations. You would need 7–10 days to do the route justice.

The full route dips into Colorado, but I’ve concentrated on the Utah side. Living in SLC, my family tends to take shorter weekend trips, driving 3–4 hours to destinations such as Vernal or Moab. Both are complete destinations in themselves.

Pro Tip: VisitUtah’s itinerary for Trekking Along the Dinosaur Diamond Highway is perfect for your dinosaur adventure.

Price is halfway between SLC and Moab along the Dinosaur Highway.

To some, it’s just a hole in the ground; to others, it’s a pit of wonder. Jurassic National Monument, previously called Cleveland-Lloyd Dinosaur Quarry, was elevated to National Monument status in 2019. One of the world’s most prolific dinosaur dig sites, the quarry has provided over 12,000 fossils. They have been reassembled in 60 museums worldwide, including SLC’s Utah Museum of Natural History. As a working quarry, scientists conduct research, more recently focusing on why so many dinosaurs perished here. The visitor center has a full Allosaurus skeleton, nicknamed “Al,” standing 6.5 feet tall and 28 feet long. The remote attraction is 30 miles south of Price, with entry via a graded road. There’s a small entry fee for adults, while kids under 16 are free.

The College of Eastern Utah (CEU) is another one of Utah’s university-run museums. It has skeletons of local discoveries, including an Allosaurus and a Utahraptor known as the “super-slasher.” Many skeletons here were pieced together from Jurassic National Monument discoveries. A dedicated children’s area has dino-related puzzles and activity sheets. My grandsons made a beeline for the indoor sandpit and used brushes to unearth fossils. As a grandparent, I was thankful for the moderately-priced gift shop. Entry is free and opening hours can be found here.

The heart of the Dinosaur Diamond is the small desert town of Moab, nestled between two stunning national parks — Arches and Canyonlands (immortalized in the final scene of Thelma and Louise). The call to adventure is strong, but this is the place for dinosaur hunters if you can tear yourself away from the views. Moab is surrounded by some of the world’s largest concentrations of dinosaur tracks.

Pro Tip: DiscoverMoab provides a map of the track sites.

Potash Road is a 17-mile scenic drive with unforgettable views of the Colorado River and the walls of red rock. Poison Spider Dinosaur Track is signposted. Not being a mountain goat, I wish I’d brought binoculars! Footprints are embedded in the side of the rocks, jutting from on high.

An easier route for young kids is Mill Canyon Dinosaur Tracksite, 15 miles north of Moab, with 200 dinosaur footprints. Families wander a quarter-mile board loop over the tracks. Information panels feature realistic depictions of dinosaurs in their marshland home teeming with crocodiles.

Moab Giants is perfect for little dinophiles. The Tracks Museum has interactive learning touch screens. A 3D cinema introduces the prehistoric world. Outside, a half-mile-long trail has more than 130 full-sized reconstructions of dinosaurs. Standing under a T-Rex with Moab’s prehistoric mountainous backdrop is a thrill. The paleo-aquarium has eight different tank screens where aquatic dinosaurs come to life in 3D. The dinosaur-themed playground has a “Dig it Out” area, and kids can climb inside a T-Rex’s teeth. Snap! It’s the perfect photo.

Kids can take pocket money into the Moab Rock Shop and come out with treasures. The cavernous space is a jumble of rocks and fossils. Owner Lin Ottinger discovered four species of dinosaurs, including his namesake Iguanodon Ottinger.

The Utahraptor, Utah’s state dinosaur, was found the year that Jurassic Park came out and gave scientific credence to the large-sized raptors in the movie. Fifteen miles outside Moab, Utahraptor State Park is slated to open in 2023 with campgrounds and a trail system for hiking, mountain biking, and ATVs. The new park protects the area where Utahraptor fossils were first discovered. Check-in with Utah state parks for updates on the new park.

Dinah, a 40-foot-tall pink dinosaur, welcomes visitors to Vernal, or Dinosaurland, the town’s nickname. As the closest town to Dinosaur National Monument, dinosaurs rule here. Their mug shots are plastered all over town, even on beer. Enjoy an Allosaurus Amber Ale from Vernal Brewing Company.

Dinosaur National Monument is an incredible place for paleontology and fossil enthusiasts. The area straddles the border of Utah and Colorado, but the dinosaur fossils and campgrounds are on the Utah side.

In 1909, Carnegie Museum paleontologist Earl Douglass discovered a 150-million-year-old sandbar from a Jurassic river where dinosaur carcasses had piled up. By 1923, paleontologists had recovered 350 tons of fossilized bones!

Today, this is a cliff face embedded with 1,500 visible dinosaur fossils encased inside an air-conditioned exhibit hall. There’s no scrambling over rocks or accessibility issues here. Gaze at the remains of dinosaurs from the Late Jurassic period, including Allosaurus, Apatosaurus, Camarasaurus, Diplodocus, and Stegosaurus. Dinosaur lovers can touch 150 million-year-old dinosaur fossils. Rangers are on-hand to answer questions.

The Field House conducts paleontological research while educating and entertaining dino-enthusiasts. Step inside to see life in the Uinta Basin as it was millions of years ago. A 90-foot Diplodocus guards the door. Enter the Fossil Lab to see scientists at work. The Dinosaur Garden has an outdoor diorama with full-sized dinosaur replicas, including a 20-foot Tyrannosaurus and a six-ton Stegosaurus. Dinosaur selfies are a must.

Red Fleet State Park’s 1.5-mile dinosaur trek lies 13 miles north of Vernal. Avoid going in the middle of the day as the tracks are difficult to see with the sun overhead. Camping is available, including in teepees. Kayaks, canoes, and stand-up paddle boards are available for rent so you can cool off at Red Fleet Reservoir.

In 2000, Dr. Sheldon Johnson was leveling a hill on his farm when he hit a paleontologist’s jackpot — a fully preserved, three-dimensional dinosaur trackway. As one of the largest prehistoric trackways in the world, he donated his find to the City of St. George. They preserved the tracks in the original location, building a museum to preserve the 200 million-year-old ecosystem. Learn about ichnology: interpreting dinosaur markings such as footprints and swim tracks. Children can brush off dino tracks, create stencils, do origami, and read dinosaur books. Dinosaur toys keep the little ones busy. Opening hours can be found here.

If you’re in Moab, drive an hour south to Blanding and visit the one-of-a-kind Dinosaur Museum. Exhibits include dinosaur eggs, a piece of fossilized skin, a towering feathered Therizinosaurus with a 20-foot wingspan, and the largest collection of dinosaur movie posters in the world.

Fossicking in national parks and other protected areas is forbidden. The privately-owned U-Dig Fossils Trilobite Quarry in Delta is a good alternative. On average, visitors find between 10 and 20 trilobites simply by splitting the shoal. The quarry is open from March–October. Be sure to check their hours before your trip.

The Burpee Museum offers an annual expedition to the Hanksville-Burpee Dinosaur Quarry to excavate fossils northwest of Hanksville in south-central Utah. Training is provided, and no experience is necessary. Free public tours are offered during dig season.

Pro Tips: Many dinosaur sites aren’t clearly signposted. Ask rangers and museum docents about the best nearby sites to visit. New dinosaur discoveries are a constant, especially in southern Utah at the remote and rugged Grand Staircase-Escalante National Monument. Stay tuned to what Utah will dig up next.

Be sure to explore more of Utah’s beautiful landscape: 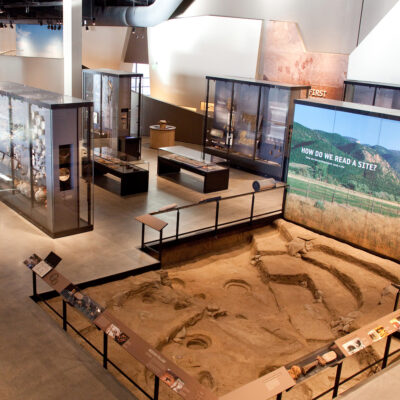 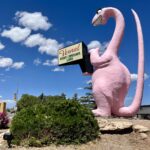 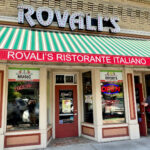