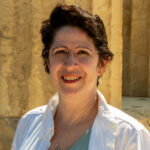 Thanks to HBO’s series Game of Thrones, Dubrovnik may be the most famous city on Croatia’s Dalmatian Coast — but it’s not the only one with clear, ink-blue water, centuries-old walls, and cathedrals, and a sunny Mediterranean climate. The towns on both the mainland and the islands of the Dalmatian Coast offer visitors a mix of beaches, history, and adventures fueled by fresh seafood, local wine, and of course, gelato.

Pick any town on Croatia’s Dalmatian Coast and you’ll find the action is on the Riva. This wide promenade hugs the Adriatic waterfront and hosts everything from coffee bars to bakeries. It’s also where you can book a tour, a cruise, a water taxi, or a ferry ride. Ferry service between the islands is fast and reliable, but many smaller towns, such as Bobovisca Na Moru, are only accessible by car or private boat.

Although the Rivas are level, be aware that sidestreets in waterfront towns often rise so steeply that they’re staircases. Plan to walk almost everywhere; most streets in the old town sections are too narrow for cars. The old paving stones are picturesque, but frequently uneven and slippery when wet.

Here are seven old and beautiful cities and villages — some big, some small — that you won’t want to miss.

When Roman Emperor Diocletian retired and built his 7-acre palace in 295-305 C.E., the Adriatic lapped at walls seven feet thick and 72 feet high. The wall still stands, but today the Riva promenade separates the sea from old town Split’s narrow, winding stone-paved streets. Over the centuries, people living in the palace incorporated its building stones, walls, and walkways into their homes and shops. Glimpses of the Roman architecture of the former palace blend with a crowded mix of Venetian, Byzantine, and other architectural styles.

Still, the remains of the Roman palace are at the heart of the old town, and the peristyle was the heart of the palace. Go in the early morning to this plaza to soak up the history and have the place to yourself, or later to sip a coffee on the cathedral steps and watch the two Roman centurions pose for photos with visitors. The adjacent vestibule has lost its dome, but the acoustics are perfect for performances by Croatia’s traditional klapa singing. UNESCO declared the area a World Heritage Site in 1979.

Named one of the top 10 island cities by National Geographic, Old Town Trogir has an authentic medieval feel that has earned it a reputation as a citywide museum. Its profusion of intact buildings from the 1200s through the 1400s, defensive city walls, narrow stone streets, decorated gates, and Kamerlengo Castle add to the historic charm. Connected to the more modern portions of the city on the mainland and Ciovo Island by bridges, Old Town Trogir was designated a UNESCO World Heritage Site in 1997.

Founded by the Greeks in 385 B.C., Trogir’s history is displayed at the Trogir City Museum. Visitors can tour Kamerlengo Castle, admire the Romanesque and Renaissance architecture, explore the narrow streets, and indulge in a gelato at the town square. An astounding array of the freshest fruits and vegetables is just outside the gates at the Green Market. If you don’t mind small spaces and stairs, don’t miss the incredible views from the 154-foot bell tower of St. Lawrence Cathedral.

It’s impossible to mention Dubrovnik without also mentioning the HBO series filmed there, Game of Thrones. Tours to filming sites of the fictional city King’s Landing abound. But there’s more to this city than film locations; the same fortresses, walls, old stone streets, and architecture that gave the show its authentic look also contribute to Old Town Dubrovnik’s character.

The town’s main street, the Stradun, is a bustling mix of shops and restaurants, with fascinating narrow side streets to explore. Visitors can stroll the city walls for panoramic vistas of the city and the sea or ride the cable car for a bird’s eye view. Wander the winding streets, set sail on a dinner cruise, or explore the fortifications of Fort Lovrijenac.

Dubrovnik also offers several museums in intriguing venues. Learn about the town’s past at the Cultural Historical Museum in the Rector’s Palace, discover its tradition of nautical prowess at the Maritime Museum in Fort St. John, view a medieval foundry at Gornji Ugao Tower, view traditional dress at the Ethnographic Museum, and revel in romance at the Love Stories Museum.

Pro Tip: Don’t miss the sunset views from Mt. Srd. The summit can be reached by cable car, hiking trail, bus, or car.

Vis town is all about the Riva. A popular overnight stop for yachts, the promenade is filled with boaters reprovisioning and indulging in a quality meal or relaxing in the coffee bars with views of the water. The Riva is also where you’ll find restaurants, bakeries, bars, fresh fruits and vegetables, grocery stores, souvenir stands, boutiques, the ferry dock, and gelato. Small piazzas off the Riva offer a place to sit and enjoy that gelato or take a break from the sun.

Tours to the Blue Cave and the interior of Vis Island can be booked at tourist agencies along the Riva, too. One of the most popular tours highlights the complex military history of the island, from the bunkers and tunnels to Josip Broz Tito’s cave. Tito, supreme commander of the Yugoslav Partisans during WWII and later president of Yugoslavia, closed the militarized island to outsiders until 1989. Don’t miss the nearby submarine tunnel. Allow 2 to 4 hours to explore Vis town, plus time for tours.

You won’t find souvenir stands, boutique shops, or nightclubs in Bobovisca Na Moru (on the sea). Instead, what you will find is an authentic fishing and farming village, a slower pace, and an excellent meal in the local konoba (pub). Picturesque stone homes line the sheltered harbor, including the Gligo family’s fortified mansion from the 1700s. The village is also known as the poet’s harbor because it is the family home of Croatia’s poet laureate, Vladimir Nazor. A monument to Nazor stands at the end of the harbor. Bobovisca Na Moru can be reached by car or by boat, but there is no ferry service. Allow an hour to explore, and more if you plan to enjoy a meal at the konoba.

From the water, Old Town Korcula is as pretty as a postcard. Red-tiled roofs cluster tightly together, rising in a mound above imposing round gray stone towers and worn walls. A pale gold cathedral bell tower rises above it all, piercing a sky as blue as the sea. Up close, the old town portion of Korcula is just as picturesque, with its dramatic staircase leading to the main gate, battered stone walls, tree-lined waterfront, and narrow stone-paved streets (most of which are stairs). Unlike most old towns in Dalmatia, the layout of Korcula’s streets takes advantage of cooling sea breezes. All streets lead to the main street or central square in front of St. Mark’s Cathedral. For a panoramic view, climb the 98-foot bell tower for a small fee.

You can also get great views from the top of the dramatic main gate (look for stairs leading up on the left as you enter the old town). In addition to boutiques, souvenir shops, and restaurants, the town also boasts several museums. The Korcula Town Museum displays the city’s history, while the Bishop’s Treasury Museum and the Icon Museum feature religious art. The Marco Polo Museum highlights the famous explorer’s life, claiming that he was born in Korcula (most historians cite Venice as his place of birth). Allow two hours to explore the town, plus time to shop or enjoy a meal along the waterfront.

Known as a celebrity playground, Hvar town entices visitors with a mix of historical buildings, modern culture, and an excellent base for exploring the entire island. Spend some time in the piazza at the foot of St. Stephen’s Cathedral, where you’ll find boutiques, souvenirs, dining, and bars. Once a deep bay between two fortified cities, the piazza is the largest in Dalmatia. Twisting, narrow stone-paved streets, and stairs angle off the piazza, leading to hidden restaurants, hotels, galleries, and shops.

Dozens of tours leave from Hvar town; all you have to do is choose a theme — wine, sea caves, the other islands — or activity, from kayaking to bicycling or sailing. Boat taxis take sunbathers to beaches in the neighboring Pakleni Islands. For a glimpse of the good life 1500s-style, visit the Renaissance summer home and garden of Hanibal Lucic and the Heritage Museum. Expect crowds and slightly higher prices during the summer months.

Pro Tip: Just before sunset, start the 30-minute steep walk (up street stairs and unevenly paved trails) to the City Fort (also known as the Spanjola Fort, Fort Fortica, or Tvrdava Fortica) above the city. The reward for your efforts? Gorgeous panoramic views of Hvar and the Pakleni Islands. 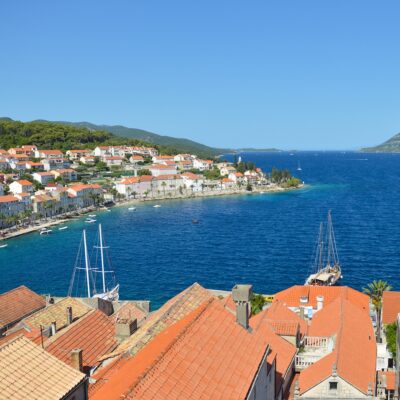 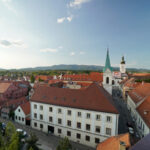