For us, the trip to Machu Picchu ended up really being about the journey, not the destination. Having the advantage of not having this historic location on my bucket list allowed me to truly embrace each place we visited — Cusco, Sacsayhuaman, Ollantaytambo, Maras, Pisac, and Chinchero — around Machu Picchu itself.

At best, on a tour, you’re likely to have 24 hours in and around the actual Machu Picchu UNESCO World Heritage site. But if you take the time to visit Cusco, Sacsayhuaman, Ollantaytambo, Pisac, Maras, and Chinchero, the Quechua weaving community, you’ll be glad you took the time to focus on this Sacred Valley.

Before you arrive in Machu Picchu, you’ll have seen Inca ruins in Cusco, Inca ruins in the Sacred Valley, and Inca ruins on nearly any hike you take. If you reach “ruin fatigue” (yes, it’s a thing), you may not want to spend all of your 5 hours within Machu Picchu. Most visitors who don’t want to participate in extra hikes or anything beyond the Citadel are satisfied with a single 2-hour visit. And, in the meantime, you can start counting how many Temples to the Sun you find.

Surrounded by cathedrals including the Cathedral de Cusco, Church of the Society of Jesus (also known as “the Company”), and the Chapel of Triumph; museums and palaces; restaurants; and coffee shops and taverns, this plaza existed long before the Spanish conquerors as the chosen starting point to develop the Imperial City. Originally a swamp, this site became the capital of the Inca Empire. It remains a primary attraction with people gathering to photograph or people watch around the fountain in the main square.

The statue in the center of the Square honors Jose Gabriel Tupac Amaru, an 18th-century revolutionary who led a revolt against the Spanish colonists. He was executed on this site in 1781.

As you stroll the narrow streets of Cusco, the brightly colored textiles will call to you. If you can hold off until you reach Chinchero for the Quechua women’s woven goods, you should. The wool all comes from adorable alpaca.

Another spot worth a visit: the chocolate store around the corner from the 12-angled stone that’s part of the wall of the palace of the Archbishop of Cusco on the Calle Hatun Rmiyoc.

3. Qorikancha, Cusco’s Temple Of The Sun

This revered Temple of the Sun later became the foundation for the Spanish Santo Domingo Convent. While the fitted stones are precisely formed, the appearance of mortar here is different than most other Incan construction. Enter nearly any portal and you’ll view more colonial arches.

Beyond Cusco, moving into the countryside of the Sacred Valley allows you the opportunity to experience a different side of Peru.

First stop: Sacsayhuaman. This House of the Sun citadel on the outskirts of Cusco sits atop an artificially leveled mountaintop with three giant terraced walls that represent the teeth of the jaguar surrounded by a paved area with a circular structure thought to be a solar calendar.

Sacsayhuaman, the Quechua word for “place where the hawk is satiated,” contains stones unlike any I’ve seen elsewhere. At 28 feet high, some of these stones are estimated to weigh over 128 tons, yet a piece of paper can’t fit between them.

Beneath the stones, there’s reportedly a cave and tunnel network that connects all the way back to Cusco’s Qorikancha.

Founded by the Spanish, Pisac serves as a meeting place for tourists, locals, and indigenous Quechua alike. It’s a place where people come together as a community to celebrate mass, music, market, and fellowship. One of the beloved visits on this tour, I recommend timing your Pisac visit so you arrive here on a Sunday, when the elders serve as Mayors on the way to mass, treating onlookers to moving and sometimes funny performances. On Sunday mornings, the market is also open.

And, if you take the time to explore, in the back right corner, in a permanent building, you’ll find the guinea pig house and brick ovens. Guinea pigs are considered a delicacy here, found even in the Last Supper painting in the Cusco Cathedral. Definitely a once in a lifetime experience

While in Pisac, shop for ponchos, purses, hats, covered journals, carved wood figurines, ceramics, woven goods, and foods of all sorts. We saw at least 20 different types of potatoes at this market. Common for Peru, but not for Americans.

Rick Steves once said, “Travel as a political action,” and that includes contributing to the economic well-being of underserved communities. He also encourages people to learn about the cultures they encounter during their travels rather than expecting others to accept ours.

In Pisac, we knew we had a few things we wanted to get for friends but hadn’t planned on the hardcore bargaining some of our fellow travelers had in mind. While some focused more on the bargains, we sought more fair-trade style options. This provided a welcome sense of gratitude and acknowledgment. We are one community, all with the goal of making enough money to support our families.

A short ride from town, approximately 20 minutes, these ruins include several terraces, each level higher than a very tall man. These agricultural terraces, temples, and military buildings are open for travelers to visit while surveying the astounding views of the Urubamba Valley.

Before we set off for Machu Picchu, we stayed at the Hotel Pakaritampu in Ollantaytambo.

With a few hours to ourselves, we explored this village on foot over cobblestone streets and enjoyed ice cream shops and coffee shots. The Inca granite walls were pervasive, as were some adorable dogs strolling between homes for their daily feed.

The next morning, we walked over to the terraced stone hillside Inca ruins of Ollantaytambo. At first, I was reminded of the Step Pyramid in Egypt, but I found no tombs here.

The temple was used as the royal residence of Emperor Pachacuti. While the historical significance of Ollantaytambo surrounds Peru’s only military victory against the Spanish, the magnitude of the stone structure and those that surround the mountain remain awe-inspiring.

I’d started a scavenger hunt for photos another writer needed, so was searching for condors set in stone. It doesn’t take much of an imagination to see the condor here.

From the Ollantaytambo Train Station, you’ll board the Hiram Bingham train to the UNESCO World Heritage Site of Machu Picchu. We rode along the Vilcanota River (also known as the Urubamba River) to Aguas Calientes and the Machu Picchu Pueblo, with a delay for us as trees had fallen across the train station.

In the small village of Chinchero, emperor Tupa Inca maintained his country estate home. In the background, as we exited the coach, we saw Black Father Mountain with higher, snow-covered mountains behind.

Quechua women sang a welcome song as we walked through alpaca on the way up the hill to their colorful display hut. They displayed how to prepare alpaca wool then demonstrated the art of weaving. They weave for their love for Mother Earth, the Pachamama. And each color and shape they incorporate has meaning. White for the snow-covered Apus (Father Mountain). Pink on blue represents the condor’s claw. Red represents potatoes. Aqua for the natural springs. And black for Mother Earth. The diamond shape represents the Southern Cross constellation.

Their colorful native dress made everything that much more special.

Following the demonstration, we took the opportunity to purchase some of their handmade textiles. Traveling from table to table, each of a different woman, my daughter and I made an effort to share the wealth. Blankets, shawls, ponchos, sweaters, hats, socks, gloves — I’m glad I’d made my Christmas list in advance, so I was certain to have everything. These were the best items at reasonable prices we found during our trip. Next time, I’ll designate a suitcase just for them.

One great idea: Fellow photographer, Janie Pace, brought a Polaroid camera with her and was able to give our models a photo of themselves. They’d never seen one before, and their reaction was priceless!

Deep within the Urubamba Valley yet just 24 miles north of Cusco, the Maras Salt Ponds remain central to Andes life. Salt, known to bring flavor to cooking, was once used as currency, as in “He’s worth his salt.” Maras has thousands of evaporation salt ponds you can view from the mountaintop, or from inches away.

The salt ponds appear to pre-date the Incas. Salt is produced by slowly evaporating mineral-rich water from natural underground streams. Men pass with special rakes to confirm the proper salt-to-water ratio and exposure to the sun throughout the day. In Maras, the salt is pink, white, or nearly red, a precious commodity offered by Mother Earth. While you’re not allowed to touch the ponds or harvest the salt yourself, you’ll find plenty for sale in the salt ponds stores.

Note: All of these sites are at altitude and should be expected to require moderate to significant levels of exertion. Since they are all hundreds of years old, few places outside Cusco were easily handicapped accessible except for Chinchero, which was wheelchair accessible in most sections. 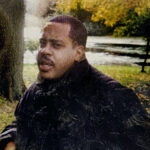 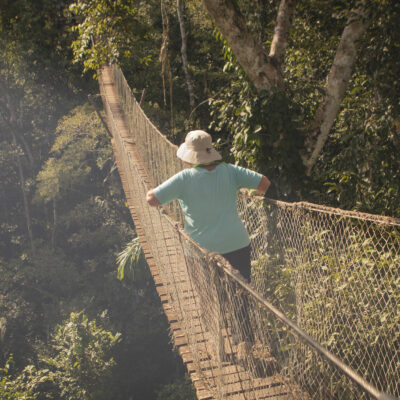 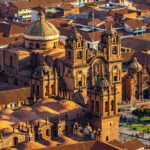 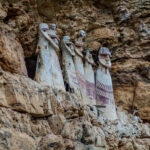