9 Fantastic Things To Do In Historic Meridian, Mississippi

For the road tripper, Meridian is like the Statue of Liberty, lifting up her torch beside the golden door. You’ll want to walk through that easy-to-find golden door. Do you hear the music beckoning you from behind the door?

The city’s founders thought that the word meridian meant junction. Interstates 20 and 59 intersect at Meridian, making the founders’ vision for their city’s name come true. Amtrak’s Crescent Train from New York City to New Orleans stops in Meridian, about 20 miles west of the Alabama line.

Country Music Hall of Famer Jimmie Rodgers was born in Meridian. His style of music stands at the junction of country and blues, inspiring generations of country singers. Make an appointment to visit the Jimmie Rodgers Museum. Both the Mississippi Country Music Trail and the Mississippi Blues Trail include Rodgers markers. Other Meridian markers include country singer Moe Bandy and songwriter Elsie McWilliams.

David Eli Ruffin of Meridian joined the rest of The Temptations in the Rock and Roll Hall of Fame. Ruffin was No. 65 on Rolling Stone’s 100 Greatest Singers of All Time. In 2020 Meridian pastor Todd Tilghman won the musical competition The Voice.

With that kind of star power, Meridian has to be a center for live music — and it is.

The Jimmie Rodgers Festival is America’s longest-running music festival. Rodgers influenced numerous musical genres, and they are all represented in the festival’s lineup. How do you hear the music? Through Meridian’s Peavey Electronics.

The city also embraces its often painful past on the Meridian Civil War and Civil Rights trails.

Come to Meridian for its music, history, shopping, food, and recreational opportunities.

Note: Some of the information in this article was obtained during a sponsored trip. All opinions are my own.

Call the Mississippi’s Arts + Entertainment Experience The MAX for short. But there’s nothing short about the star power inside the building. This is the best museum I’ve ever entered.

Mississippi’s creators beckon you to open their golden door. But watch out. Their creativity explodes from every brick in the structure. The MAX honors creators in the performing, written, cultural, culinary, and visual arts.

Your MAX experience begins with the Hall of Fame. The galaxy of stars wraps around the two-story rotunda. The 2017 inaugural class included luminaries like Oprah Winfrey, Morgan Freeman, John Grisham, William Faulkner, Jim Henson, and Meridian’s own Sela Ward. More stars annually appear in the rotunda.

The museum entrée comes after the Hall of Fame appetizer. Mississippians’ inspiration comes from their land, their homes, communities, churches, people, and places. Their creative influences have spilled out into the global community.

The museum explores these sources and media in interactive, state-of-the-art galleries. The galleries are intimate and inviting. A magical experience awaits you in each one. In the writers’ gallery, authors and their stories cover the walls. At the center, a typewriter rests on a desk, but the words on the paper in the typewriter are not resting. They stream from the paper onto the desk. In the kitchen, move a plate and recipes appear on their surfaces. In the music room, choose performers. Musicians who would never share the stage in real life magically jam together.

While the technology is almost beyond belief, traditional media has not been lost. Design quilt blocks with pencil and paper. Transform soft cubes into Mississippians’ paintings. Play with puppets.

Expect to spend hours lost in the world of imagination. Or attend The MAX’s multitude of live events.

Pro Tip: Head next door to The Crooked Letter, where more than 100 makers’ creations are available for sale.

A true music lover opens the door to live performances. The energy emanating from a live performer is unmatched. Enjoy dinner and live music on selected nights at the News Restaurant, Squealer’s Hickory-Smoked Barbecue, and Café 35.

Once a month, Meridian Underground Music hosts live performances. Bring home the music with their stock of records, CDs and DVDs, plus instruments and equipment.

3. Attend Concerts And Conferences In The Riley Center

Mississippi State University, the Riley Foundation, and others lovingly restored the 1,000-seat 1889 Grand Opera House, the hub of the MSU Riley Center. The restoration combined the Marks & Rothenberg Department Store with the opera house to create the center. High Victorian opulence combines with 21st-century technology to provide an exceptional theater and conference venue.

Only three steam-powered factories with their original equipment remain in the United States. One of them, the Soulé Steam Feed Works, is now the centerpiece of the Mississippi Industrial Heritage Museum. Open the door to a time machine. The Soulés did not update their equipment because they rarely needed to. Hear the thump-thoom and hiss of the pistons and steam and the clacking of the wheels. Examine the machinery and the patterns on the wall. The Soulé company supplied engines, stackers, unloaders, turners, and mill dogs to the sawmill industry, plus seed hullers to cotton mills. Pay tribute to the hard workers who built America.

Pro Tip: Because the workshop is 80-percent original, accessibility is limited. Before your visit, read the museum’s advice for visitors.

5. Let Joy Fill Your Soul While Riding The Dentzel Carousel

After you see the utilitarian side of the Industrial Revolution, open the door to its whimsical side at the Dentzel Carousel. Who can be unhappy while riding a carousel? The vintage music combines with the beautiful, hand-crafted animals to delight your soul. As you spin, enjoy the scenery passing by you. You won’t go up and down. The animals’ hooves and paws stay firmly on the platform. The carousel house is the only extant one built from Dentzel company blueprints.

Meridian’s transportation network is usually a plus, except when it opens the door to Union General William Tecumseh Sherman’s vengeance. After the Vicksburg campaign, Sherman had invited his family to spend some time in Vicksburg. While in Mississippi, Sherman’s son died from a typhoid fever epidemic. The grief-stricken general wanted revenge. Meridian became his target. On Valentine’s Day 1864, Sherman’s troops obliterated Meridian. Meridian’s workers reopened their railroads in 26 days. Follow Sherman’s destruction and Meridian’s rebuilding on the Civil War Trail. (Fayetteville, North Carolina, suffered from Sherman’s attention, too.)

7. Explore The Second Chapter Of The Fight For Freedom

The second-floor courtroom in Meridian’s post office held two significant civil rights trials in the 1960s. James Meredith sued for admission into the University of Mississippi. The Meridian district court ruled against him, but the Supreme Court reversed their decision. Meredith enrolled in Ole Miss in 1962. In 1967, the court convicted seven Ku Klux Klan members of violating the civil rights of three men — James Chaney, Michael Schwerner, and Andrew Goodman — who were seeking to end discrimination. The case was the first time an all-white jury convicted whites of civil rights violations.

The award-winning movie Mississippi Burning was based on the case. However, the production company shot it mostly around Jackson.

8. Embrace The Outdoors At Bonita Lakes

Walk through the door to Bonita Lakes Park, a getaway on Meridian’s southeast edge. Three lakes combine to offer 3,300 acres of escape. Ride your bike or horse. Bring your fishing pole. We recommend the Bonita Lakes Trail as one of Mississippi’s best hikes.

Mississippi is renowned for its fabulous food. The Meridian food scene enhances the state’s reputation. Walk into these tasty destinations.

Please Your Palate At Weidmann’s

Since 1870, Weidmann’s (pronounced WIDE-man’s), has been pleasing Meridian’s palates. Dip your crackers into the restaurant’s signature crocks of peanut butter. We recommend the loaded crab cakes and the New Orleans-style barbecue shrimp. Finish with the chocolate bourbon pecan pie and some Weidman’s white chocolate and praline liquor coffee.

The Harvest Grill’s owners combine their culinary experiences in Colorado and Hawaii with their Mississippi food birthright. Start with the daily oyster selection. Continue with the Rocket 88 salad and the stuffed portobello. For dessert, savor Grand Marnier citrus beignets.

Opening a restaurant was a rare and courageous act during 2020. But Amore Italian Restorante returned a historic house to its traditional status as a restaurant. You must eat the mussels. The lasagna is laden with cheese and meat. Finish your meal with a luscious limoncello.

With more than 2,000 rooms under every flag, the city has no shortage of lodging options. Antique and junk shop lovers will have a ball in Meridian. Visit Meridian lists six destinations that will scratch your antiquing itch. Meridian is welcoming you to enter its golden door. Come on in! 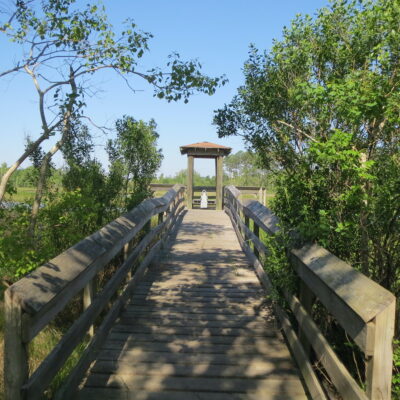 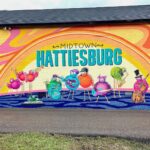