How To Spend A Perfect Weekend In Bentonville, Arkansas

From hiking to admiring art, there's a lot to do in beautiful Bentonville.

Although Bentonville is known as the headquarters of the world’s biggest corporation, this Ozark Mountain town of 50,000 in Northwest Arkansas oozes small-town charm. From a world-class art museum and delicious High South cuisine to unique accommodations, these are the best things to do in Bentonville, AR.

Things To Do In Bentonville

Established by Alice Walton (Walmart founder Sam’s only daughter), the Crystal Bridges Museum of American Art is one of Bentonville’s most visited attractions. Thanks to the Walton family, there is never a fee to walk through the galleries housed in the magnificent building designed by world-renowned architect Moshe Safdie. The museum appears to float in a clear lake.

Although the museum’s collection includes pieces like Georgia O’Keeffe’s Jimson Weed/White Flower No 1 (the world’s most expensive painting by a woman), and Norman Rockwell’s Rosie the Riveter (the famous portrayal of the women who worked in factories during World War II), the items on display change regularly. There are also several special exhibits throughout the year making each visit to Crystal Bridges a unique experience. Please note that while there’s no cost to visit most of Crystal Bridges, there may be a fee to tour special exhibits and attend special programs and other events.

Once you’ve admired the art inside the museum, head outside to the museum grounds. More than 5 miles of trails wind through the 120 acres of native Ozark forest surrounding Crystal Bridges. The walking trails are open from sunrise to sunset daily, and a variety of sculptures are incorporated into the natural beauty. You’ll see natural springs and native plants. As you walk or ride along the tree-lined paths (both paved and crushed granite), you’ll likely see a variety of birds, squirrels, and rabbits, and maybe a deer or two. And if you want to keep walking or riding, the Crystal Bridges trails connect to nearly 20 other multi-use trails that thread through Bentonville.

Mountain bikers of all skill levels are sure to enjoy the Slaughter Pen trails. Located directly north of Crystal Bridges, the Slaughter Pen system features more than 40 miles of single-track trails that range from beginner to expert.

Crystal Bridges is also home to the Bachman-Wilson House. Just a short walk along the Art Trail from the main museum, this Frank Lloyd Wright home is an example of the architect’s Usonian design. Originally constructed along the Millstone River in New Jersey, it is an open-concept home designed to co-exist with its natural surroundings and is filled with natural light. The residence was carefully moved to the art museum in 2015.

Pro Tip: In addition to the Bachman-Wilson House, admire the architectural genius of Frank Lloyd Wright by visiting these nine additional sites in the United States.

4. The Momentary, A Contemporary Art Museum

If contemporary art is more your style, then check out The Momentary. Formerly a 63,000-square-foot cheese factory, this massive art and festival site opened in February 2020. It is a sister site of Crystal Bridges dedicated to visual, performing, and culinary arts. Stroll through the galleries to admire the works of several contemporary artists. Then relax with a beverage at the RØDE Bar, grab a bite from the Momentary Food truck, or head up to the sixth floor for a craft cocktail and impressive views of Bentonville at Tower Bar.

Whether you regularly shop at Walmart or not, it’s hard not to admire the hard work and incredible success of Sam Walton. After serving in World War II, Sam and his young family settled in Bentonville, where he opened Walton’s 5&10 (Five and Dime) on the west side of the Bentonville City Square. From that modern variety store he opened in Northwest Arkansas in March 1951, Sam grew the Walmart chain to 1,960 stores at the time of his death in 1992.

Now the Walmart Museum, Sam Walton’s original store is filled with exhibits that tell the story of his life and the 10 rules he followed to build his business. Visitors can see Sam’s office, hermetically sealed to preserve it as it was the day Sam passed away, including a clutter of books, yellow legal pads scribbled with notes, and one of the blue Walmart baseball hats that Sam regularly wore with his business suit.

Also on display is Sam’s red 1979 Ford F150 pickup. The scraped and dented vehicle (with chew marks on the steering wheel courtesy of Sam’s English Setter, Ol’ Roy) is a testament to Sam’s humble nature. Visitors are encouraged to touch the door handle to receive the gift of frugality.

Before you leave, stop at the Spark Café Soda Fountain, a nod to Sam Walton’s love of ice cream. Enjoy a scoop or two of Sam’s favorite flavor — butter pecan — or build your own sundae. The Spark Café also serves sparklers: 16-ounce fizzy drinks with a soda base and fruit twist. My favorite is the Tiger’s Roar with Dr. Pepper, blackberry, and coconut.

The Compton Gardens and Arboretum is one of the most beautiful places in Bentonville. Its 6 wooded acres are filled with native trees, plants, and animals. Located in the southeast corner of the garden, The Meadow is especially beautiful in the early morning as birds and butterflies visit the wildflowers that surround a large nature-inspired sculpture.

It surrounds the former home of Dr. Neil Compton, an Arkansas physician passionate about protecting the natural beauty of Northwest Arkansas.

The Peel Museum is a magnificent Italianate estate just a short drive from Downtown Bentonville. Completed in 1875, it was the home of Samuel West Peel, a businessman, attorney, and the first native Arkansan elected to the United States Congress. The historic red brick home is furnished with authentic Victorian-era pieces and surrounded by a stunning rose garden and old-growth oak trees.

While Bentonville is an art lover’s dream destination, younger members of your travel party may not be as enthusiastic as the adults about oil paintings and steel sculptures. The Scott Family Amazeum is an interactive children’s museum filled with fun things that encourage curious kids to learn through play. Pint-sized visitors can create a masterpiece in the art studio, bake bread in the Walmart Market, pick apples at the Homestead Cabin and Farm, learn how chocolate is made in the Hershey’s Lab, and invent in the 3M Tinkering Hub.

Sports lovers will want to drive 20 minutes south of Bentonville to the Arvest Ballpark in Springdale to cheer on the Northwest Arkansas Naturals. After moving from Wichita, Kansas — where they were known as the Wichita Wranglers — in 2008, the Naturals became a Double-A affiliate of the Kansas City Royals and were crowned the Texas Leagues Champions in 2010.

One of the things that makes Bentonville such a charming small town is its bustling city square. The clothing stores, boutiques, and other specialty shops that encircle the flower-filled green square in the heart of Bentonville have evolved over the years. But the walkable downtown is reminiscent of life in the early 1960s when the candy-striped awning first rolled out over the red brick sidewalk in front of Walton’s Five and Dime.

As you explore the 16-block historic Third Street District, you’ll discover art galleries, clothing boutiques, and specialty shops. Some of my favorite places to visit are Art on the Square, Label Boutique, and The Spice and Tea Exchange. And I always try to bring my furry kids a little something from Three Dog Bakery. South of the Bentonville Town Square, other fun shops include Two Friends Bookstore and The Cigar District.

From late spring through mid-fall, the downtown square hosts a farmers market every Saturday. Purchase fresh, locally grown fruits and vegetables like juicy peaches, sweet berries, and heirloom tomatoes, or grab a bite while enjoying live music and other attractions.

Pro Tip: If you fall in love with Bentonville, consider making it your new hometown. You may qualify for a $10,000 cash award (and a mountain bike) to make that dream a reality.

In addition to coffee at Onyx Coffee Lab (pictured above), brunch at The Buttered Biscuit, dinner at The Hive, and drinks at The Preacher’s Son, I recommend these restaurants in Bentonville.

Located inside the Crystal Bridges Museum of American Art, Eleven is named after its opening date of November 11, 2011. But if you are expecting this museum restaurant to offer an overpriced, limited menu of selections that seem on par with a high school cafeteria, you’ll be pleasantly surprised.

Instead of a pre-packaged iceberg lettuce salad with a few cardboard-looking carrot shreds, you can dig into an Ozark-inspired sweet gem and tea salad featuring sweet gem lettuce, arugula with pickled watermelon, cucumbers tossed with sweet tea and basil vinaigrette, and a handful of cheddar cornbread croutons. Or you can enjoy a plate of creamy corn grits topped with seared jumbo shrimp, peppers, onions, and chimichurri sauce.

Table Mesa Bistro, located on the south side of the Bentonville City Square, is a modern take on Southwestern and Latin American cuisines. Enjoy everything from cheese-stuffed, bacon-wrapped Medjool dates to grown-up quesadillas filled with Gulf shrimp, roasted corn, and spicy poblano sauce. Whatever you choose, pair it with a specialty margarita like the prickly pear cactus or strawberry basil.

Because Bentonville attracts many corporate travelers during the week, hotels are often booked Monday through Wednesday. However, weekend lodging and transportation rates are usually lower, making Bentonville a great weekend destination.

From Chicago to the Carolinas, if there is a 21c Museum Hotel in town, you can bet I’ll recommend it. For the past decade, this regional chain of boutique hotels has converted historic buildings into comfortable accommodations paired with a chef-driven restaurant. Nestled between the Bentonville City Square and the Compton Gardens, the 21c Museum Hotel Bentonville offers over 100 rooms and is within walking distance of many recommendations on this list — as well as The Hive restaurant.

The Victoria Bed And Breakfast

Another fabulous option within walking distance of all that downtown Bentonville has to offer is The Victoria Bed and Breakfast. This 5,000-square-foot Victorian on the edge of the Compton Gardens offers six elegantly styled rooms, each with a private bathroom, and includes a full breakfast.

Other Hotels In Bentonville

Pro Tip: If you’re visiting Bentonville as part of a road trip to Memphis, be sure to check out these additional stops in Arkansas on your way to Tennessee. 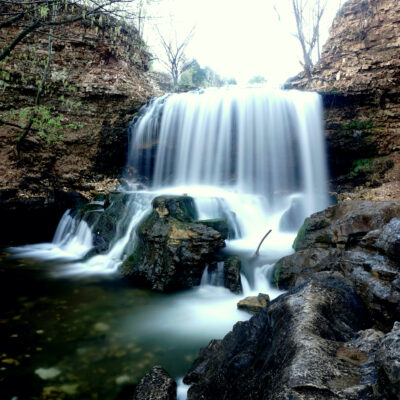 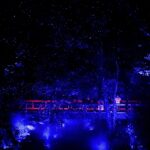 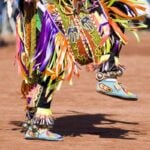 BentonvilleVisiting Bentonville, Arkansas: The Best Things To See And Do 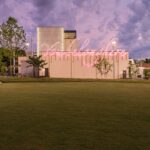