A great alternative to over-touristed Madrid and Barcelona, Valencia, the third-largest city in Spain, has its own unique experience of Spanish culture, history, and food.

Located on the southeastern coast of Spain, Valencia is a port city with its own urban beaches. Its rich heritage is traced back to Roman times (138 B.C.), and in the 700s, Valencia was ruled by Moroccan and Arab Moors, who brought their own language, customs, and religion. In 1812, Valencia was declared the capital of Spain by Joseph Bonaparte, brother of Napoleon Bonaparte, and it was also the capital in 1936 and 1937. Known as an industrial city in the 20th century, Valencia made a conscious effort to develop tourism in the mid-1990s and aggressively redeveloped the old part of the city, one of the largest in Spain, to attract locals and foreigners. Today, Valencia is a vibrant and exciting city that celebrates both its historic culture and its modernization.

Things To Do In Valencia

Many of the worthwhile attractions are centered in the El Carmen district, the old quarter of the city, which includes classic and modern restaurants, cafes, museums, cathedrals, and ancient architecture.

Sometimes called the Valencian version of the Sistine Chapel, the Church of San Nicolas de Bari and San Pedro Martir has been faithfully restored to show off its breathtaking frescoes and opulent altar with gold columns. Founded as a parish church in 1242, the church was rebuilt in the gothic style by the Borja family in the 1400s, and between 1619 and 1693, it was again redesigned in the ornate baroque style. During this time, the chapel was updated with the stunning frescoes you’ll see today. Every Monday at the church, you can join the hundreds of visitors who do the walks of Saint Nicholas, which are devoted to Saint Jude Thaddeus, the patron saint of impossible causes.

Recognized as one of the most significant gothic structures in Europe, La Lonja, the Silk Exchange, is both a National Historic and Artistic Monument of Spain and a UNESCO World Heritage Site. Construction started in 1493, as Valencia was becoming a prosperous city for commerce, and Pere Compte, an engineer and architect, was commissioned to design the vast space. Divided into three sections, visitors can view the complexity of the structure and the engineering feat of the winding limestone columns, the vaulted ceilings, and the tile floor. A small room was made into a chapel devoted to the Immaculate Conception, and the two upper floors had prison cells for debtors.

Another fine example of the flourishing and fancy rococo style is El Museo Nacional de Ceramica, the national museum of ceramics, porcelain, and decorative arts. Housed in a former rococo palace built in 1740, the museum focuses on period furniture, ceramics, paintings, and clothing in the traditional Valencian style. Note the lavish entrance to the palace, composed of alabaster figures with water flowing down from them, representing the two rivers of Valencia, the Turia and Jucar. On the second level, 19th-century ceramics, decorative panels, and mosaic tiles take center stage, along with a replica of an authentic Valencian kitchen. The museum has evolving, temporary exhibits.

A complex of contemporary buildings, Ciudad de las Artes comprises an arts, science, and cultural center. Inaugurated in 1998, the City of Arts and Sciences was one of the grand projects that established Valencia as a tourist destination. Walking through the Ciudad de las Artes on the main level, encompassed by extended aqua blue pools, you feel as though you are in a futuristic metropolis from a movie. The sprawling compound includes a 130,000-square-foot IMAX center and planetarium designed in the shape of a giant eye, an interactive science museum resembling the skeleton of a whale, an open-air oceanography park with over 500 species of fish and water animals, an opera house and performance center with four auditoriums, and a covered plaza for sporting events. Make sure to take in the dramatic sculptures by Spanish contemporary artist Jaume Plensa.

Pro Tip: Plan to spend at least a half day or, ideally, a full day if you want to see everything.

Malvarossa is the main city beach of Valencia, about 15 minutes from the center. The well-maintained beach has a wide stretch of sand until you arrive at mild, salt water with low waves on the Gulf of Valencia, which is connected to the Mediterranean sea. At the foot of the beach is a bike path, so you can rent bikes in the city and bring a picnic lunch to the beach. You can rent canvas chaise lounges and an umbrella for 5 euros each. If you want to work out after indulging in the rich food of Valencia, there’s a public, outdoor gym park with a handful of machines.

If you want to venture outside the city to a less commercial beach, go to Port Saplaya, a beach and marina in an upscale, residential area just four miles north of downtown Valencia.

Valencians hold small fundraising events all year round in order to fund their biggest annual festival, Las Fallas. Although it’s a local festival, it attracts international visitors. Las Fallas is based on an old custom of carpenters, who used to burn sticks of wood that were used to prop up their candles to welcome the coming of the spring season. Each neighborhood has its own celebration with floats, parades, fireworks, and food fairs. The festival runs for five days, from March 15 to 19, and on the last day, Saint Joseph’s feast day, residents of each town burn humorous, cartoon-like statues they have constructed specially for the festival.

Valencia is a foodie mecca with diverse cuisine and a rich variety of local dishes.

An 80,000-square-foot art nouveau marvel constructed in 1928 of colored tiles, stained glass panels, and a soaring dome reaching 100 feet, the Mercado Central/Central Market is something to behold from the outside. Inside is a lively, irresistible feast for the eyes, the nose, the tastebuds, and the stomach. Row after row, there are 64 food stalls offering the best and tastiest local and national foods including buttery Bellota ham, piles of caught-daily shrimp, lobster, anchovies, squid, and langoustines, big hunks of Manchego and other cheeses, herbs and spices, pickles, and takeout food.

If seeing all that food makes you hungry, have lunch at Central Bar, a counter-service restaurant. You have to be patient to snag a seat since you can’t make reservations, but it’s well worth the wait for yummy dishes such as ceviche, marinated anchovies, tapas, pork ribs, and cheese croquettes from one of the best chefs in Valencia.

Local chef Quique Dacosta has a small chain of five mega-successful, award-winning restaurants in Valencia. They range from a 200+ euro-per-person haute cuisine and a tasting restaurant to a casual seafood bar. Mercatbar, part of the chain, features market-driven ingredients in a fun atmosphere with bins of produce in the entranceway. The creative menu and clever presentation set it apart from standard Valencian fare, with dishes such as cold pizza, an unsweetened meringue “crust” topped with sundried tomatoes and anchovies served in a cardboard pizza box, a pastry in the shape of a fish, stuffed with seafood, and American-style apple pie. A typical, three-course meal at Mercatbar, runs about 60 euros per person, not including drinks, but the big bargain is the two-course lunch at under 20 euros per person.

Valencia prides itself on having invented paella, the national, culinary treasure of Spain. Authentic, Valencia-style paella is actually made with rabbit instead of seafood, although both varieties are abundantly found all over the city. La Riua is an award-winning restaurant that features eight varieties of paella plus other Valencian specialties. The authentic dining room has high-back wood chairs with straw seats and tile floors. Note: They only make paella for a minimum of two people.

Best Places To Stay In Valencia

Palacio Vallier is a five-star, boutique hotel in the El Carmen area, the old quarter. Double rooms have balconies with city views, king-size beds, Nespresso coffee machines, and a pillow menu. The rooftop terrace with seating and tables on the fifth floor has outstanding city views.

A spacious, one-bedroom apartment in the El Carmen area runs under 100 euros a night at the Mon Suites San Martin. The 500-square-foot apartment has amenities such as air conditioning, free Wi-Fi, and a balcony.

Restaurant hours in Valencia are unusual. Lunch is served from approximately 2 to 5 p.m., depending on the individual restaurant, and dinner is served from 8 till 11:30 p.m. Don’t be surprised if you arrive at 8:30 or 9 p.m. and the restaurant is empty, as most locals don’t start dinner until 9 or 9:30 p.m. It’s also highly recommended to make reservations. Tapas bars and cafes are open almost all day and into the night. 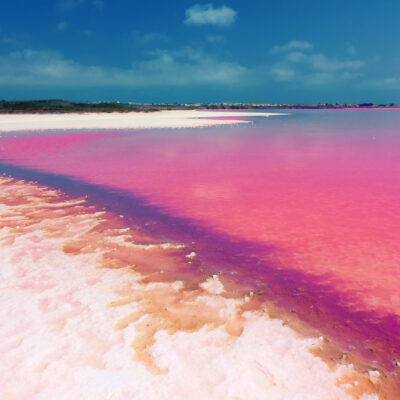